Basta…although sometimes you just can’t get enough of pasta

The Italians have a way with food. A wonderful way and in so many different ways. But if there’s one element of Italian food that stands out it is surely pasta, a plate of which is shown on the home page. (My wife would argue that it should be gelato, Italian ice cream.)

I have eaten pasta in Italy more times than I can possibly imagine, the most memorable occasion perhaps being on a chill late November evening in 2006 at a restaurant in Novello, near Barolo, in the Piedmont region about 40 miles southeast of Turin, where we had a simple yet divine main course of fresh pasta with fresh truffle, the proprietress proudly arriving at our table with a magnificent truffle from which she proceeded to shave cuttings on to our plates. I know as much about cooking as I do about nuclear physics, but I think the singular thing about the pasta here was that it was made with only egg yolks, no whites. In his 1997 book The Man Who Ate Everything, Jefffrey Steingarten, food critic of Vogue, described trying this at home. “A torrent of egg yolks, now thick with flour and cornmeal, surged across the table, carried off a pile of chopped garlic and, like molten lava rolling over a Hawaiian housing development, headed towards my handwritten notes.” He noted that this yolk-only based pasta was a speciality of Piedmont and that it is “best consumed after your routine cholesterol test, not before”. 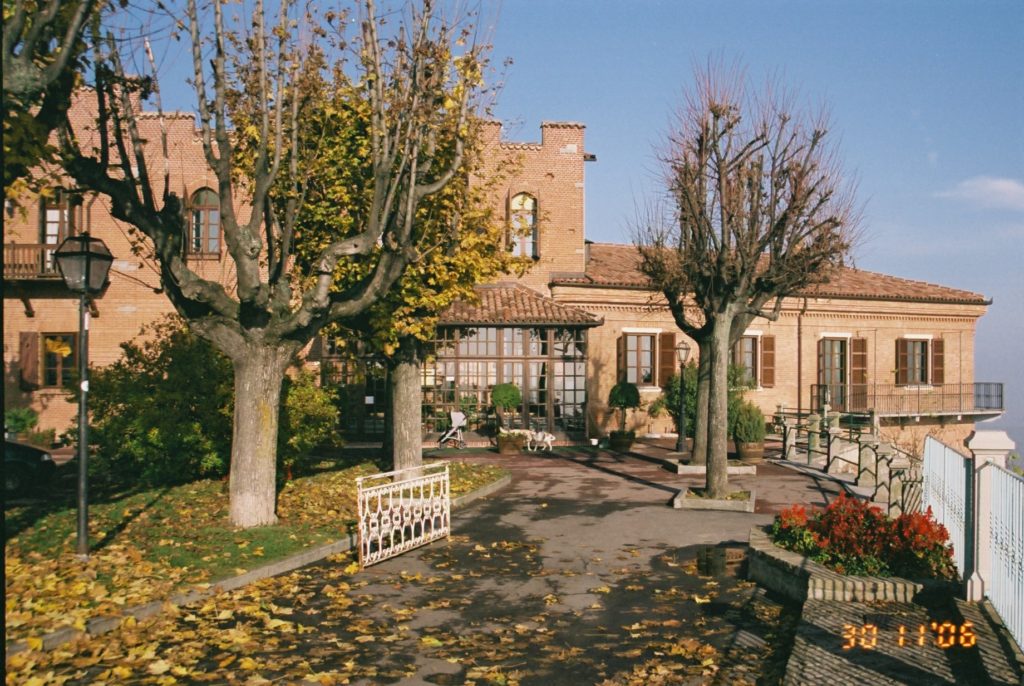 In the cold, clear light of day…the family restaurant where we enjoyed their truffle pasta the night before

I recall that in order to enhance the experience of that particular trip I took along a copy of Michael Dibdin’s book, A Long Finish, a crime novel based on truffle-rustling – if that is the correct term – in the area around the town of Alba, celebrated for its tartufi bianci, white truffles. (Semi-spoiler alert: the ending will not do a great deal to encourage your appetite.) Although it was by over 13 years a more recent experience, I cannot remember what, if any, reading material I had with me over lunch a few weeks ago at Pastaio, a comparatively new Italian eaterie in Ganton Street, London W1, just off both Regent Street and Carnaby Street. 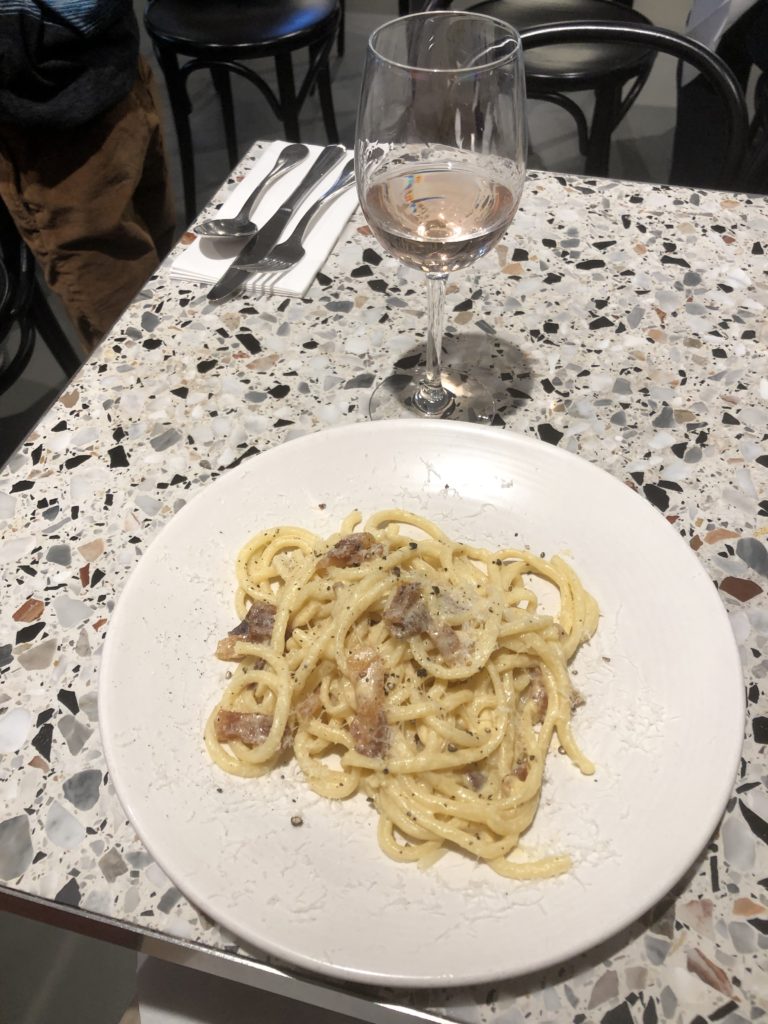 We had a bottle or so of Barolo with truffle pasta in Novello; rosé with a lunchtime carbonara in London

Of all pasta sauces, carbonara may be my favourite. It is traditionally regarded as the ‘home’ pasta dish from Rome, the sauce being made in this instance from guanciale (pork cheek), egg yolks and pecorino cheese. I’d say that spaghetti or fettuccine were the most common pastas to be used in the preparation of the dish, but in this case it was bucatini, a comparatively thick pasta with a hole running through the middle of it – a bit like a polo mint…but also not at all. It was spectacular. It may not look like that much of a plateful in the photo above but the taste was so luscious that, believe me, it was more than an ample portion. And before you ask, it cost six quid.

There are several competing theories as to why the name carbonara was given to this concoction of ingredients – translated from the Italian, the word means ‘charcoal burner’, which I certainly wouldn’t fancy eating – so I won’t get caught up in any of that. But for sure I’ll be lured back to Pastaio because of it.