You may have heard of the chef, James Cochran. He won the Great British Menu 2018, one of those food programmes on the BBC that seem to crop up as often as the news bulletins, albeit without the Brexit. Last August, Cochran opened a new restaurant in Islington, London N1, called 1251, which is inspired by the Strokes song, 12:51. (By way of a side dish, I might add that the song was recently a pointless answer on Pointless, the BBC programme that precedes the evening news bulletin, albeit it was not an answer known to the two contestants in the final.) If this seems an odd choice of name, it is, but Cochran cannot use his own name since he has fallen out with the people with whom he founded his eponymous restaurant elsewhere in the capital and they have retained the right to operate the eaterie that carries his name. A win for the lawyers, I’m guessing. 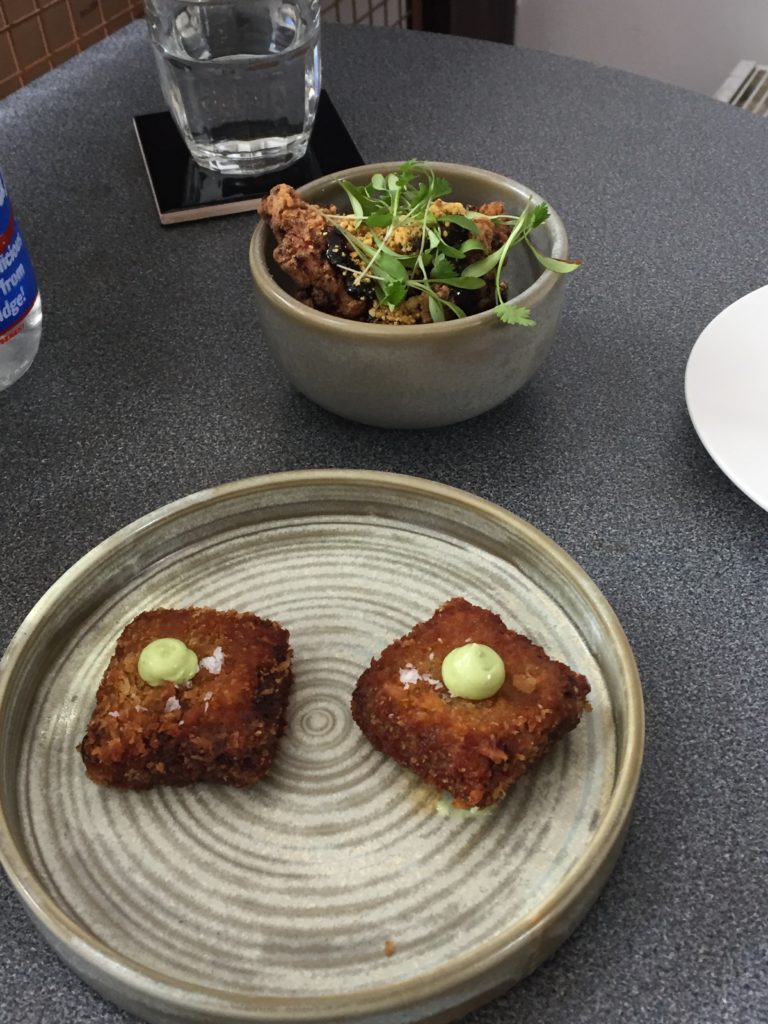 Anyhow, after all that, the food at 1251 is fabulous. We opted for the lunch menu, which offers three dishes for £15, which meant six different smallish/starter size dishes between the two of us. It proved to be a winning combination. The beef kromeski – basically a croquette under another name – was garnished with garlic and miso and was utterly fantastic. I have been fortunate enough to go to the Caribbean a few times but I’ve never had better jerk chicken than here, served with scotch bonnet jam (a relish that was perfect for my mild-favoured taste), corn nuts and coriander. Two down, four to go. Surely, things could only get worse? But no! Moving on from the meat, it was time for the dish you see pictured below. 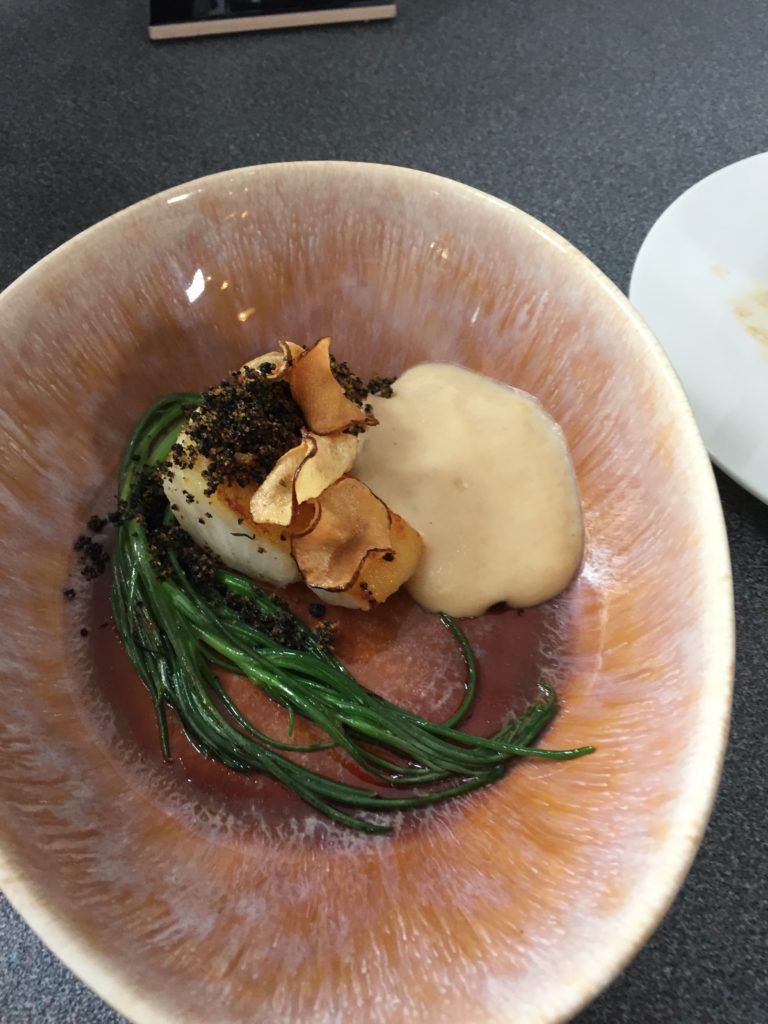 Two-good: for fans of fish this is a special treat; the roasted pollock is accompanied by smoked cod’s roe

Never mind the pollock, which was perfect, its accompaniments were also absolutely delicious – not just the cod’s roe, but the Jerusalem artichoke, black olives and monk’s beard, the samphire-resembling green stuff you see here. And then we got the goat; to be precise, a braised belly of new season kid goat with roscoff onion, goat’s curd, mint gremolata and almonds. That’s quite a lot of items to list but then it added up to quite a plateful. It was the last of our six dishes; talk about going out on a high. 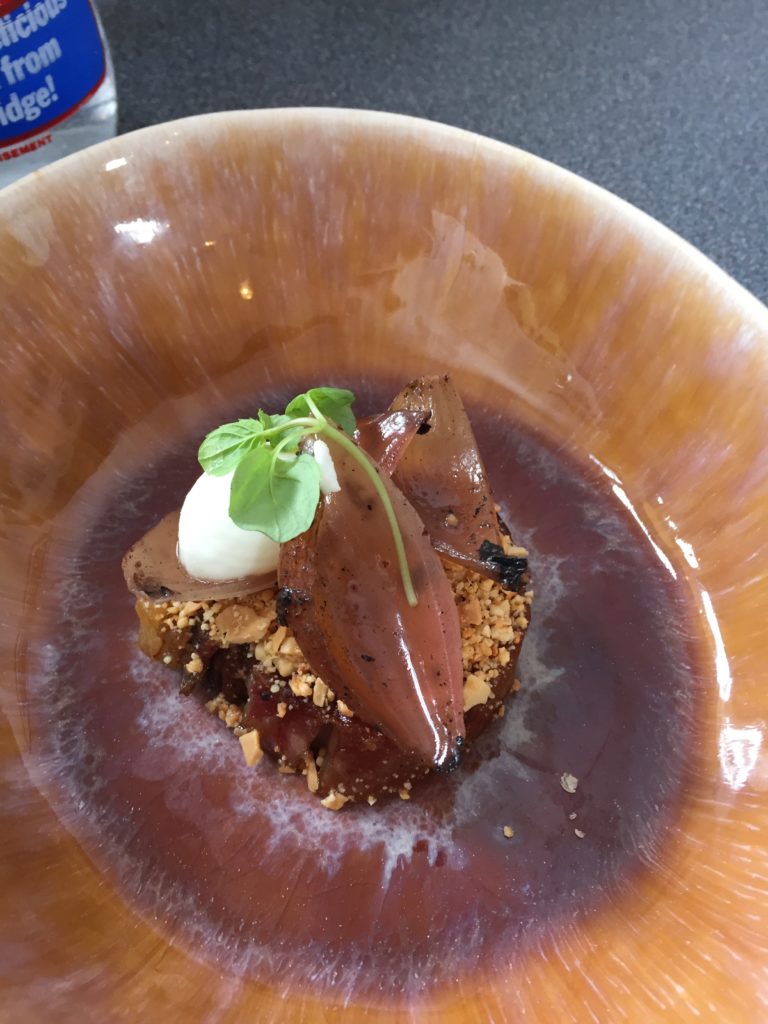 I kid you not – amid severe competition, this goat-inspired concoction was perhaps the best of the bunch

Duly feeling full, dessert was never going to get a look in, although in other circumstances the nutmeg custard tart with mint ice cream may have had a sampling. I did, however, manage to find enough room to enjoy an excellent glass of Slovenian chardonnay. Finally, in a rather amusing touch, rather than attempting the supra-human act of turning water into wine, in terms of its bottle presentation 1251 has turned milk into water, as you can see below… 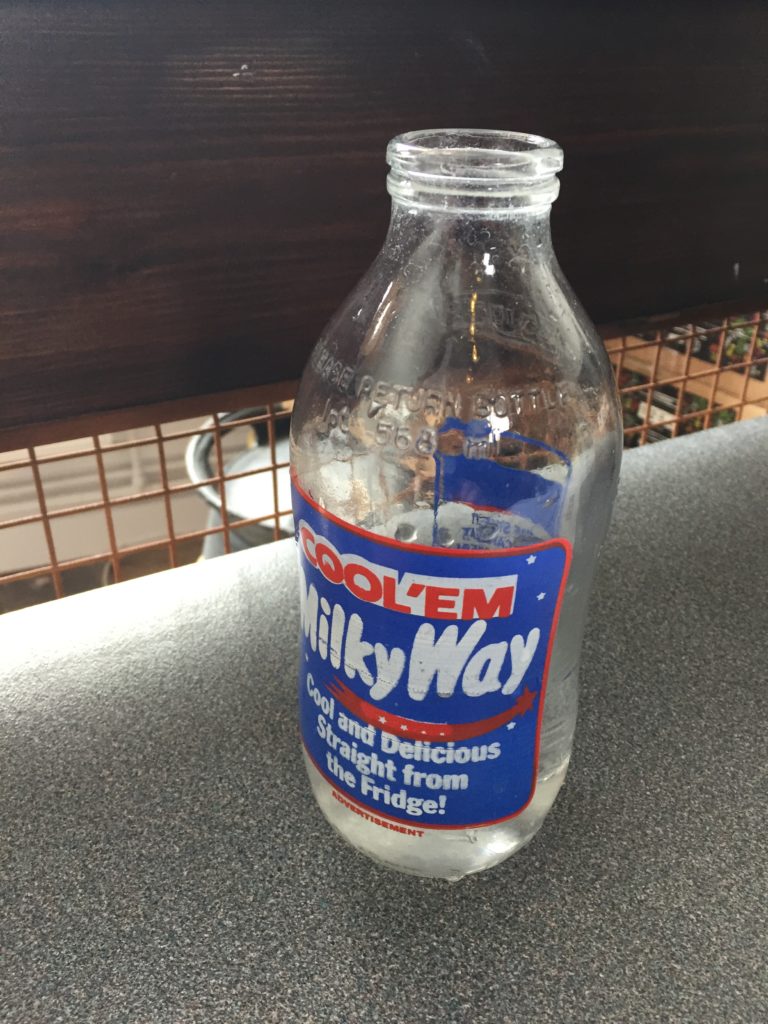