FOOD: Actually, just coffee…and a sign of The Times

A couple of years ago, a friend of mine remarked how ridiculous the comparative pricing of goods was. At a shop in central London he noted he would have to pay £4.99 for a greetings card that had nothing in it except the words ‘Happy Christmas’. “That’s outrageous,” he said. “It’s 50 pence more than I’d have to pay for a glossy magazine of the same size with over 200 pages of content.” What a nonsense indeed!

There is some sort of analogy between a greetings card and a magazine in that they are both printed products one might buy from a stationer. I accept there is no obvious rationale in comparing a cup of coffee with a newspaper, but I’m going to do it anyway. If you had gone into a newsagent on Saturday (two days ago) and bought a copy of The Times, it would have set you back £2. For this you’d have got an 84-page ‘main’ newspaper, a 20-page sports section, a 56-page cultural review, a 52-page holiday supplement and an 80-page magazine. That’s 292 pages of stuff, at least some of which you would be interested in reading. For £2. Yes, two pounds. Any small cup of coffee from Caffè Nero (see the photo 0n the home page) which involved milk would cost more than that. And you could make yourself a cup of coffee at home. Whatever your views might be of The Times under the proprietorship of Rupert Murdoch, you couldn’t produce that yourself at home. In less than three minutes. 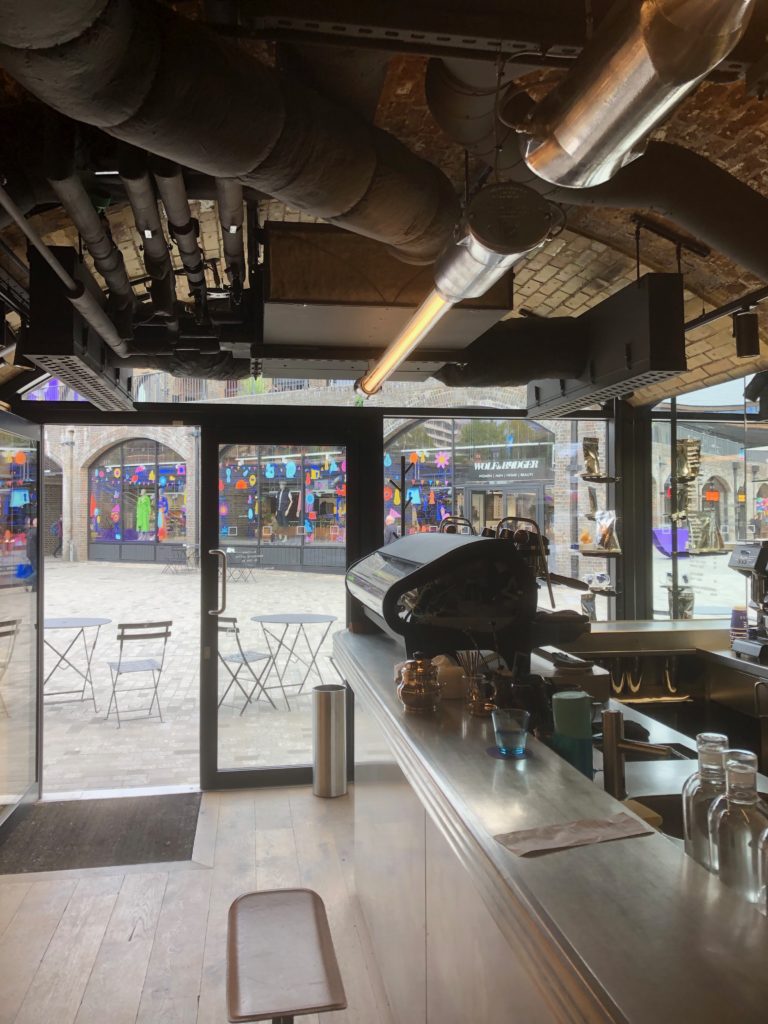 Coffee is in some ways a fascinating subject. Possibly inspired by those advertisements featuring George Clooney, people will happily pay 30 pence for a capsule of Nespresso coffee. (This only being of any use if you’ve already forked out to buy a coffee-making machine.) They are effectively paying £50 a jar, which they may or may not bother computing in the process of purchasing. In his book The Surprising Power of Ideas That Don’t Make Sense, Rory Sutherland (he is an ad guy himself) uses this as one example of the demand for certain goods rising as their price goes up. I wonder what he’d make of Le Cafe, an enterprise fronted by the Michelin-starred restaurateur Alain Ducasse which opened earlier this year in Coal Drops Yard, the trendy area just north of King’s Cross and St Pancras stations in London?

To start at the top (of the price range), a bag of Yemeni coffee beans retails for £590 a kilo. No, that’s not an error. Nearly 600 quid. Per cup, it works out at £15. This, remember, is something produced in a country that should be appreciated for such things as the city of Shibam (the so-called ‘Manhattan of the Desert’) but is instead one of the most war-ravaged places on the planet. My bet is that the natives are not enjoying a cup of the best udaini beans while they’re sheltering from the latest Saudi aerial bombardment.

I didn’t go for that particular coffee option myself. I had a cup of something Ethiopian which promised hints of the flavours of blueberry, mango and peach. I have to confess they pretty much passed me by. Also, to state the obvious, on reading that your thought is that you might be looking at wine list rather than a selection of coffees. I think I’d prefer that. But as Ducasse said earlier this year: “We didn’t create the demand. People are already more educated about coffee. We are just giving them the opportunity to expand their horizons.” While shrinking their wallets…

Oh, by the way, my coffee cost £4.50. Or, put another way, comfortably more than twice the price of The Times on Saturday.