FOOD: As well as football the French know a thing or two about food

Xavier Marcel Boulestin, who died in 1943 aged 65, was a French chef, restaurateur and the author of cookery books which popularised French food in the capital. Perhaps think of him as a former-day Jamie Oliver without the nakedness or the Italian influence? Boulestin moved from Paris to London in 1906 and after something of a disaster of a career in interior design he moved into writing about food and then into owning his own restaurant. When it opened in 1927, the Restaurant Boulestin was the most expensive in town, successfully mixing traditional French cuisine with popular British dishes. The prices in the modern iteration are, thankfully, not Perrier-wateringly expensive but the food remains hugely enjoyable. 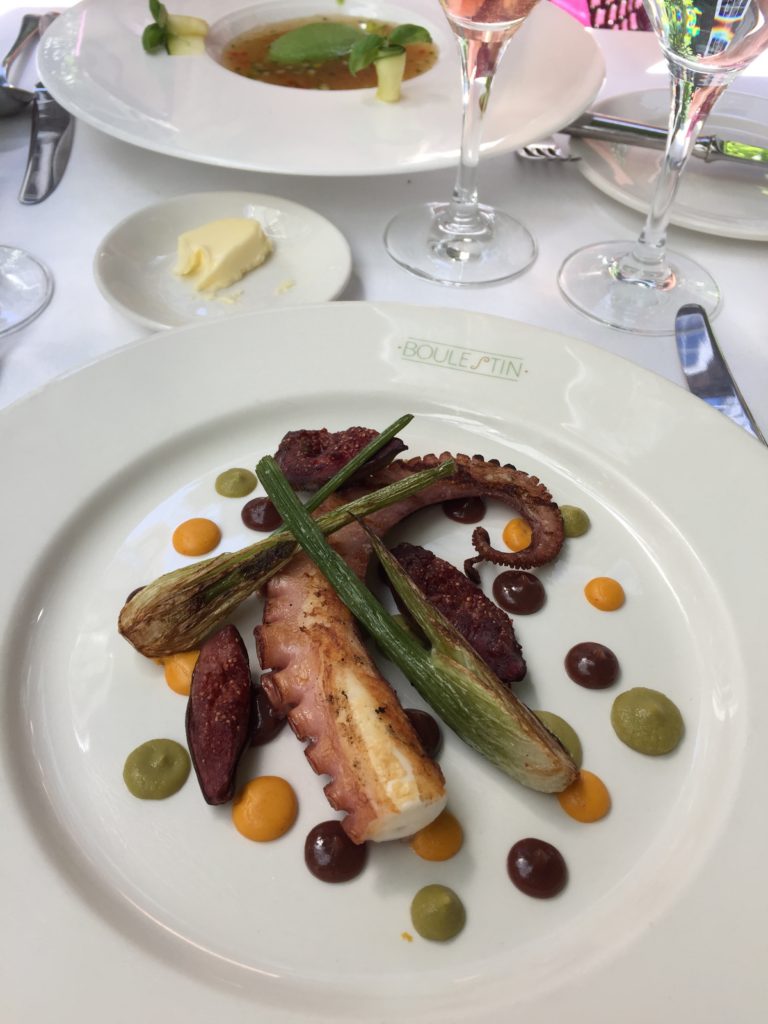 Charred octopus with almond taramasalata: to be avoided if you don’t like seafood but that’s OK cos I do

You can see what I chose off the menu from the two photos shown here. However, my friend had the gazpacho consommé, which was a particularly inspired choice given the weather, while the options for fish main courses looked outstanding: Dover sole meunière with capers, parsley and lemon; roast cod with seaweed beurre blanc, peas and summer truffle; turbot with artichokes and saffron potatoes; and poached Salmon Nicoise with braised lettuce, tomato and anchovy fondue. Impossible to get through all that at one sitting but definitely food for thought for the future. 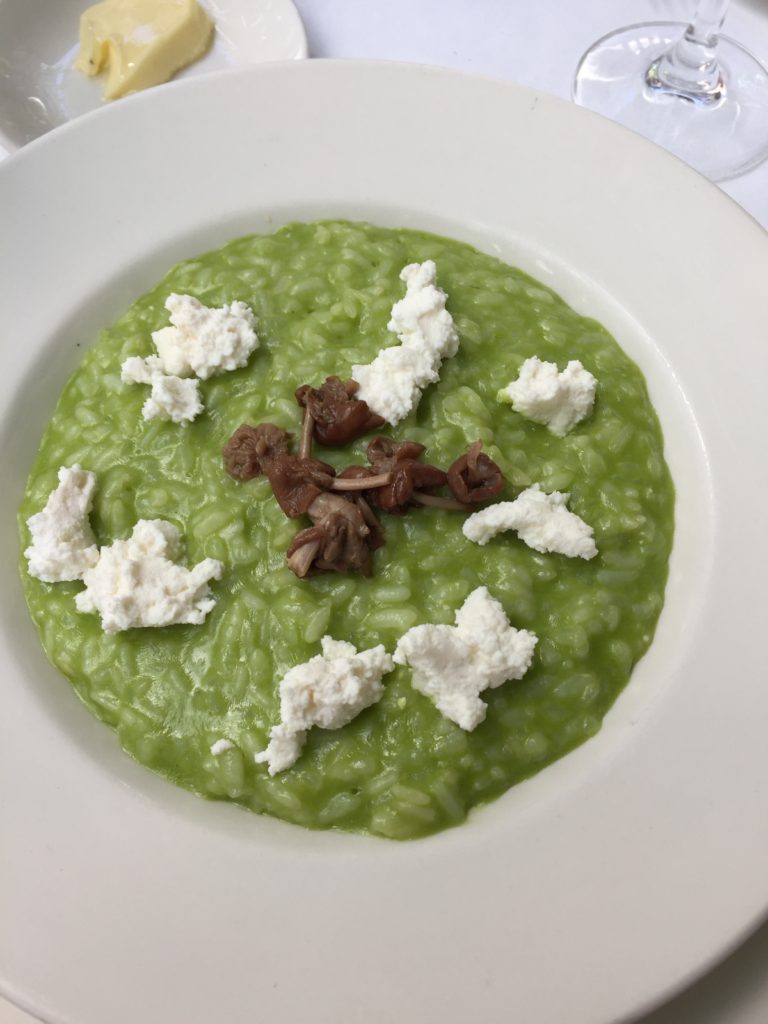 Lemon and rocket risotto topped with mousserons and ricotta was delicious, bringing out the veggie me

Of course, what’s on the menu is a rather integral part of any restaurant experience but the day we went to Boulestin was a gloriously sunny afternoon, as an extraordinary number have been in what I gather is the hottest British summer since 1976. That meant it was impossible to decline the opportunity to eat out in the restaurant’s little courtyard, as shown on the home page. It’s not every day one can eat alfresco French food in London so it would have been crazy not to take this chance.

All this somewhat inevitably leads us on to Sunday, when France will be trying to win the World Cup for the second time in their history. That final will be the subject of my next blog. I probably won’t get back to Boulestin before then, but then again I might.

77 thoughts on “FOOD: As well as football the French know a thing or two about food”