On holiday in France recently, we were obviously looking forward to the food. I mean, who doesn’t? Mostly we ate at home but there were a few trips to be enjoyed and therefore a few meals to be eaten. One such was at Les Vieux Murs (‘the old walls’) restaurant just outside the heart of at Antibes, where, conveniently, they served lunch until 4. (We didn’t get there until 3.30.) For some reason I couldn’t fathom – and wasn’t too bothered about; the main thing was that they had them – truffles seemed to be something of a house speciality. I ordered a truffle risotto, while one of our party had them with pizza. Mine was great and his looked similarly appetising. And, my goodness, they weren’t stingy with the portions. Some places hand out truffles as if they’re gold dust. Not here. It really was a truffle pig-in. 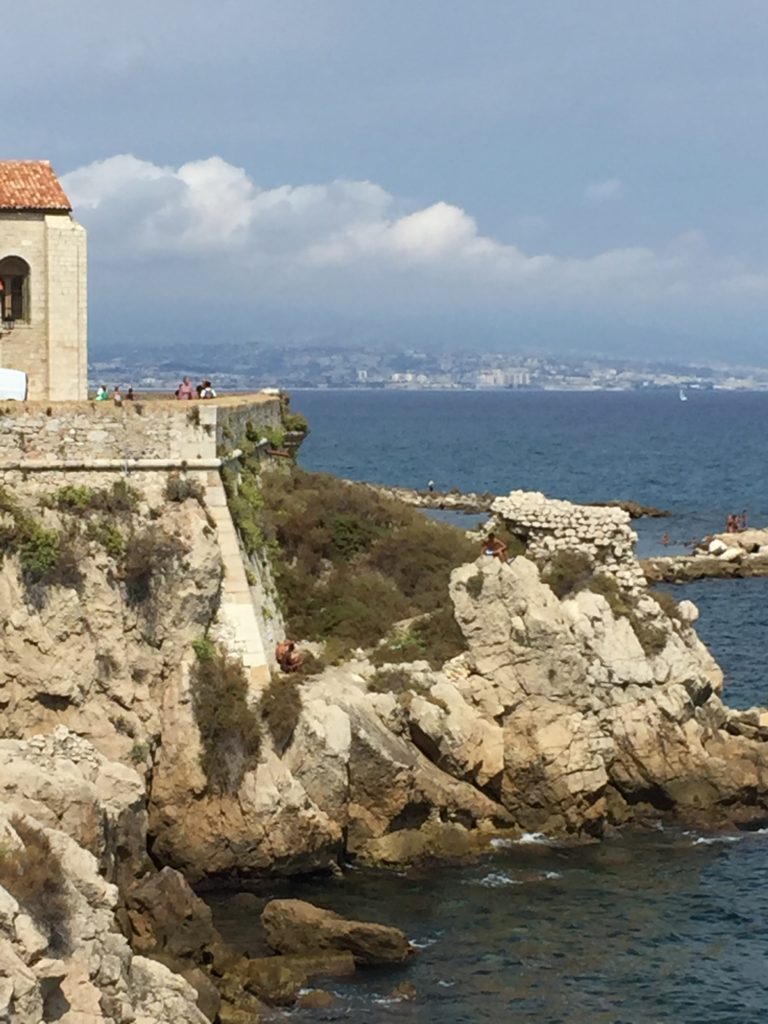 The view from Les Vieux Murs restaurant, which is located on the fortified wall above the Med at Antibes 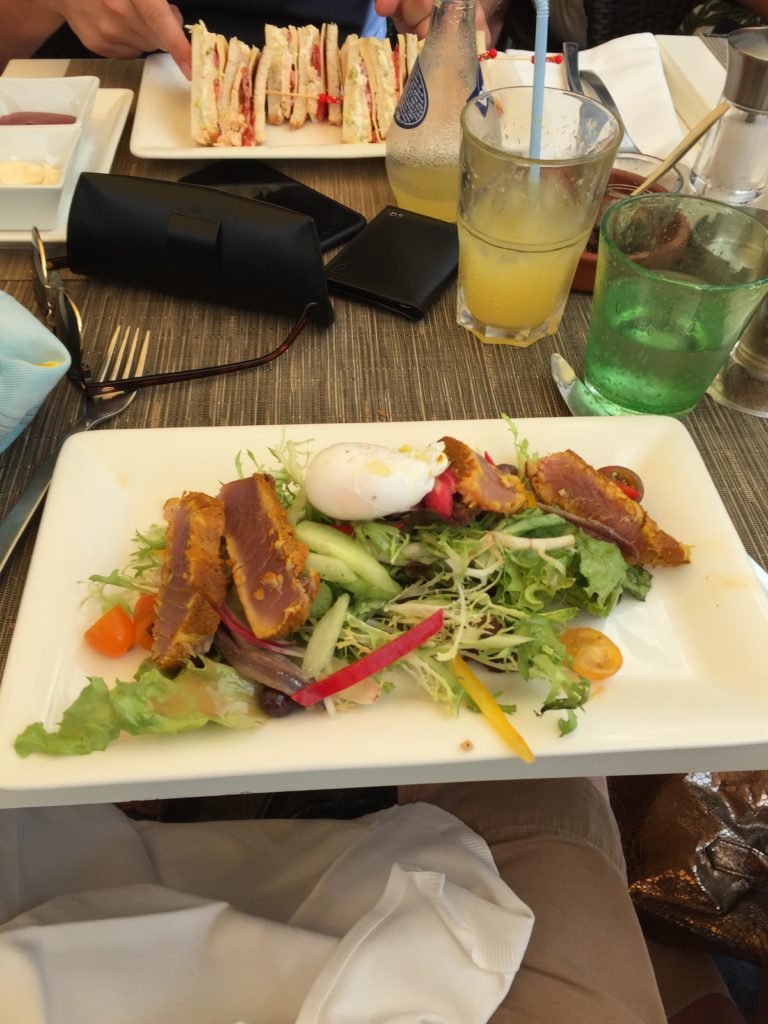 …while another occasion included lunch at Le Tilleul restaurant at Saint-Paul-de-Vence. Both meals were very enjoyable, the latter being made especially memorable for the presence nearby of a Pyrenean Mountain Dog (no photo, I’m afraid, cos it was on the wrong side of the table with its owners), which had my son contemplating whether to forsake his lunch and instead indulge in some dognapping. Having said that, it would have been a big beast to smuggle back into Britain. 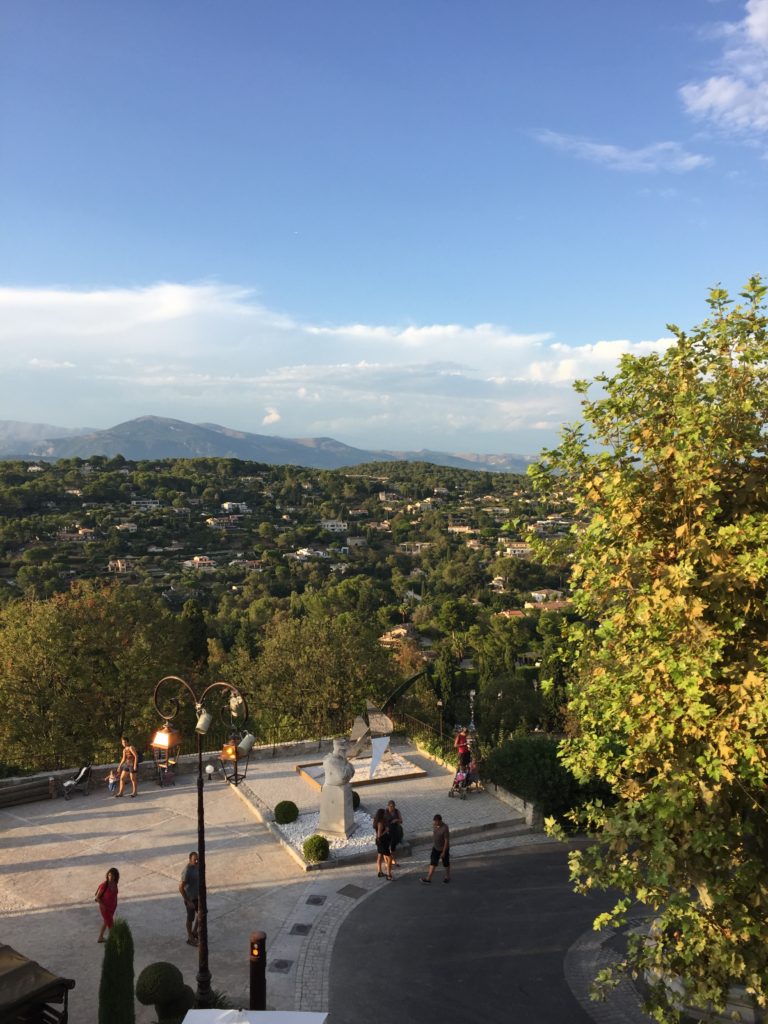 The food at L’amandier is really good; the view from the restaurant terrace is nothing short of glorious

By way of a change from lunch, we had a couple of dinners out, too. The first was very alfresco, as you can tell from the image above. L’amandier de Mougins in the enchanting hilltop village of Mougins, maybe ten miles north of Cannes, has long been regarded as one of the most agreeable restaurants on the Riviera. Our experience this time did nothing to persuade me to the contrary. The duck was delicious… 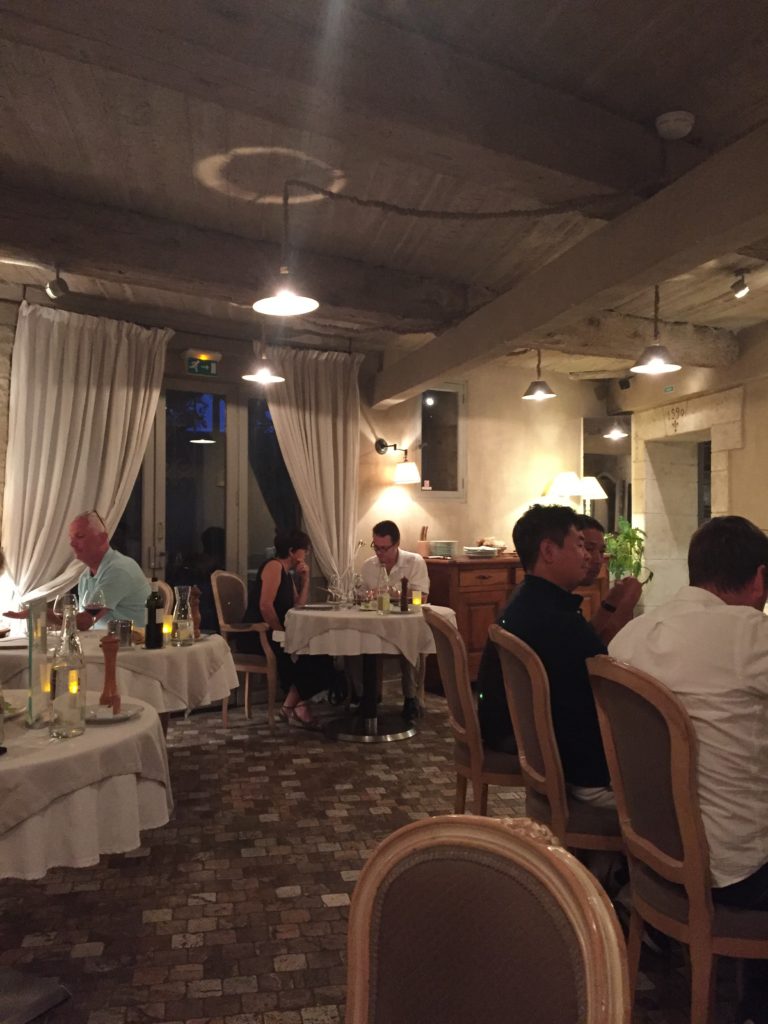 On the corner of the main street in Valbonne, Lou Cigalon offers fine dining at very acceptable prices

…as was le lapin when we had dinner at Lou Cigalon Maison Martin in Valbonne. I would almost never order rabbit in a British restaurant – indeed, I don’t think I ever have – but somehow it sometimes seems the perfect choice when abroad. I’ve seen Fatal Attraction, of course, so I might be a bit particular as to how it’s been cooked, but otherwise it works for me provided it’s not at home. Ditto with frogs’ legs. Also oysters. Snails – no, not ever, anywhere.

I think we can all drink to good food. And doesn’t this one look lovely?…a bit like a campari without all the bitterness. 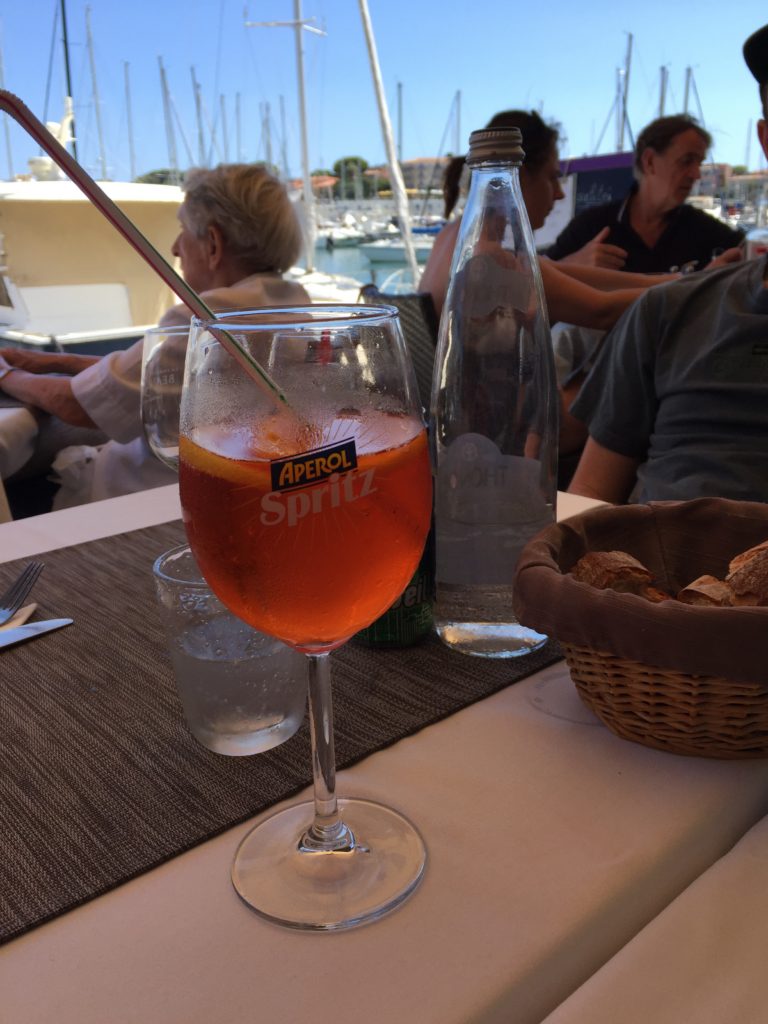