La Poule au Pot inhabits a quiet corner of London SW1 – not quite Belgravia, not quite Sloane Square, certainly not Victoria. It’s a traditional French restaurant which I recall from my earliest days of living in London, when it seemed frighteningly posh and prohibitively expensive. But time dulls the memory as well as perhaps adding a bit of confidence to one’s demeanour, and now it just seems to be a very nice bistro which does a two-course lunch menu for £23.75 and a three-courser for £27.50. You could run up a bill of that size at Pret a Manger if you really went for it.

The restaurant is close to the junction of Ebury Street and Pimlico Road, which is officially called Orange Square although known to many locals as Mozart Square on account of the statue of the famous composer that is situated there to mark the fact that he was living in Ebury Street, almost opposite to where La Poule is now, when he wrote his first two symphonies. The exterior of the restaurant, with the statue in the dim distance, is shown on the home page. The photo below shows the interior.

When it came to ordering the food, despite it obviously being the establishment speciality, I did not have the chicken in the pot. Instead I opted for rabbit in a mustard sauce and was delighted that I did. Prior to that I had wolfed down the onion tart, which was also delicious, and the grilled calves liver main course that was enjoyed by my companion looked especially succulent. We gave dessert a miss but couldn’t find it in us to completely ignore the cheeses on offer. 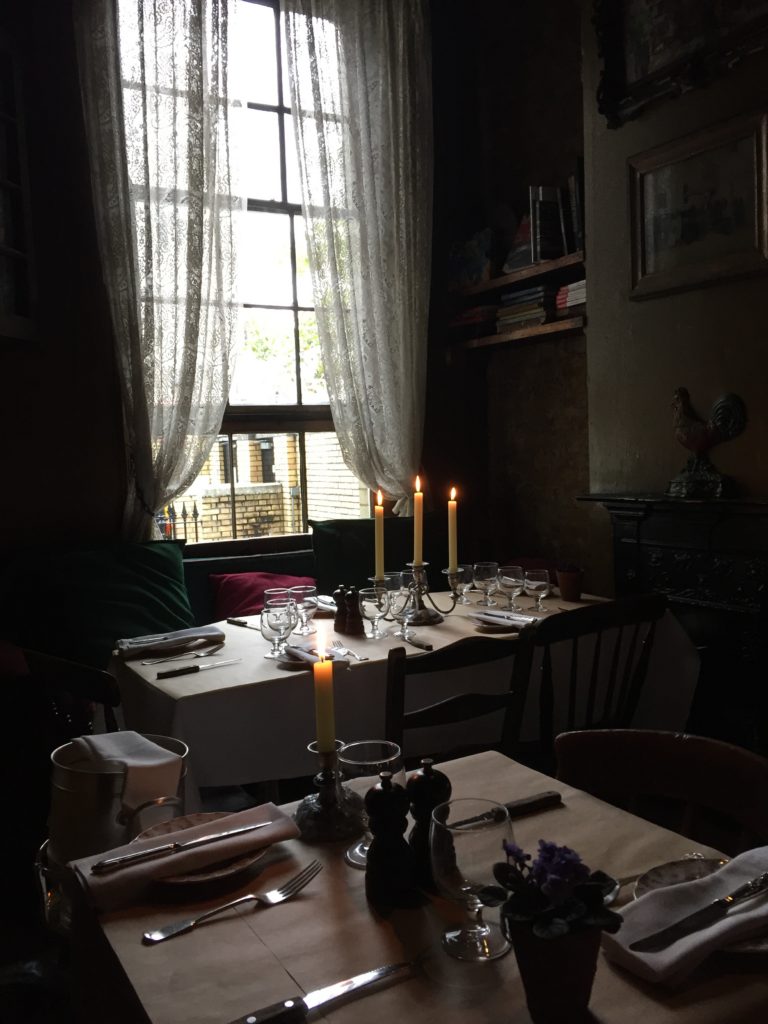 There is a rather charming, if a slightly crepuscular, atmosphere to the dining room at La Poule au Pot

Now back to the beginning. For me, there is no better way to get a meal in a French restaurant underway than with a kir. This is a simple cocktail of dry white wine with a measure of crème de cassis (a blackcurrant liqueur). The wine should be a burgundy and to be strictly accurate it should be Bourgogne Aligoté, but chablis will do very nicely as well, thank you very much. The drink is named after Felix Kir, who was the mayor of Dijon from 1876-1968. The tipple used to be called blanc-cassis but Mayor Kir popularised it after the Second World War, not least because the German troops had nicked almost all the local red so it was good to have a drink that provided a variation on a simple white wine, and also likely because the aromatic strength of the cassis did a good job of disguising the fact that recent grape harvests had been rather substandard. 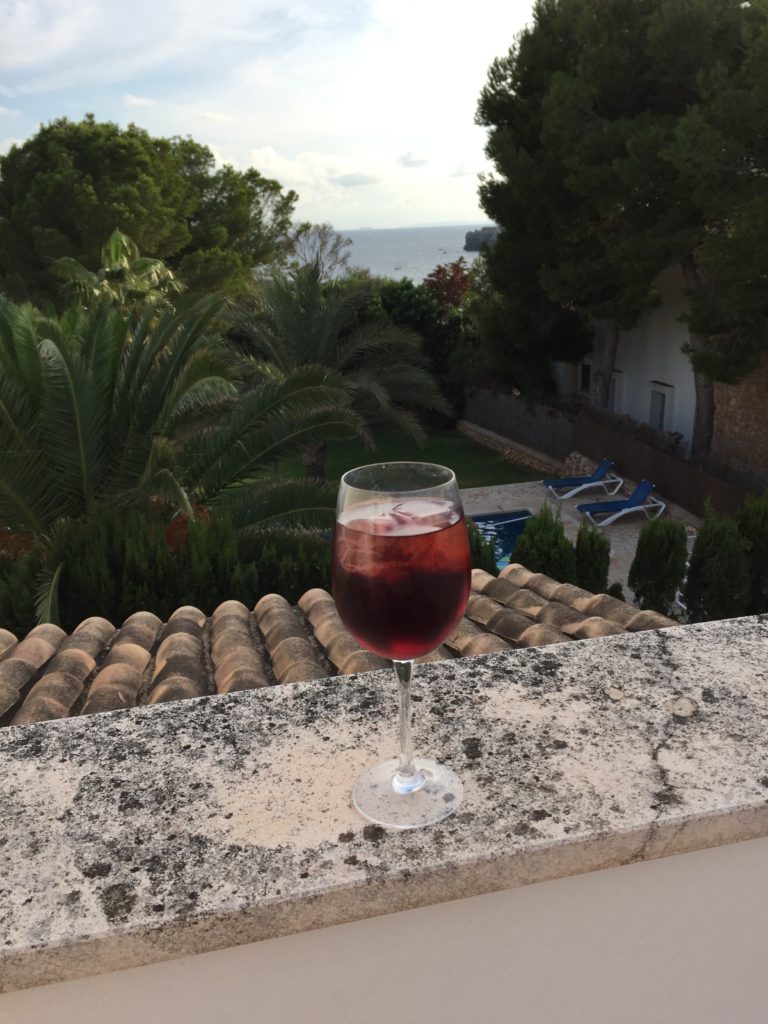 This pic of a kir was taken overlooking the Med in Mallorca, not in London, but it tastes great wherever

The ‘official’ ratio is one-tenth cassis to nine-tenths wine but I think that should be upped to around 20-25%. If you haven’t tried one, give it a go. It is a sumptuous drink. In summer months, it is gloriously refreshing in a long glass with a lot of ice. Cheers!