FOOD: If this is Barbarism then I’ll have seconds, please

The most marvellous restaurant in London right now might well be The Barbary in Covent Garden; to be precise, in Neal’s Yard, perhaps the most soigné location in the whole area. I happened to go on Friday the 13th but the experience was as far removed from a nightmare as one could imagine. From a culinary perspective, it was dreamland. This was the case even though (or maybe because), to borrow the words of Marina O’Laughlin in The Guardian, “it’s quite thrillingly alien: I love a menu where you’ve only the shakiest idea of what’s on offer”.

Admittedly, some might find the seats to be less than sweet – as you will be able to tell from the photo on the home page, the sitting is at a zinc-style counter while the food preparation goes on in front of you. This is not great for a four-way business lunch but it’s lovely for lunch or dinner à deux. The restaurant is named after the Barbary Coast, an exotic-sounding region you may remember from school history lessons which takes in Algeria, Libya, Morocco and Tunisia – mostly not places where you’d want to be living right now but their food is a different affair. . 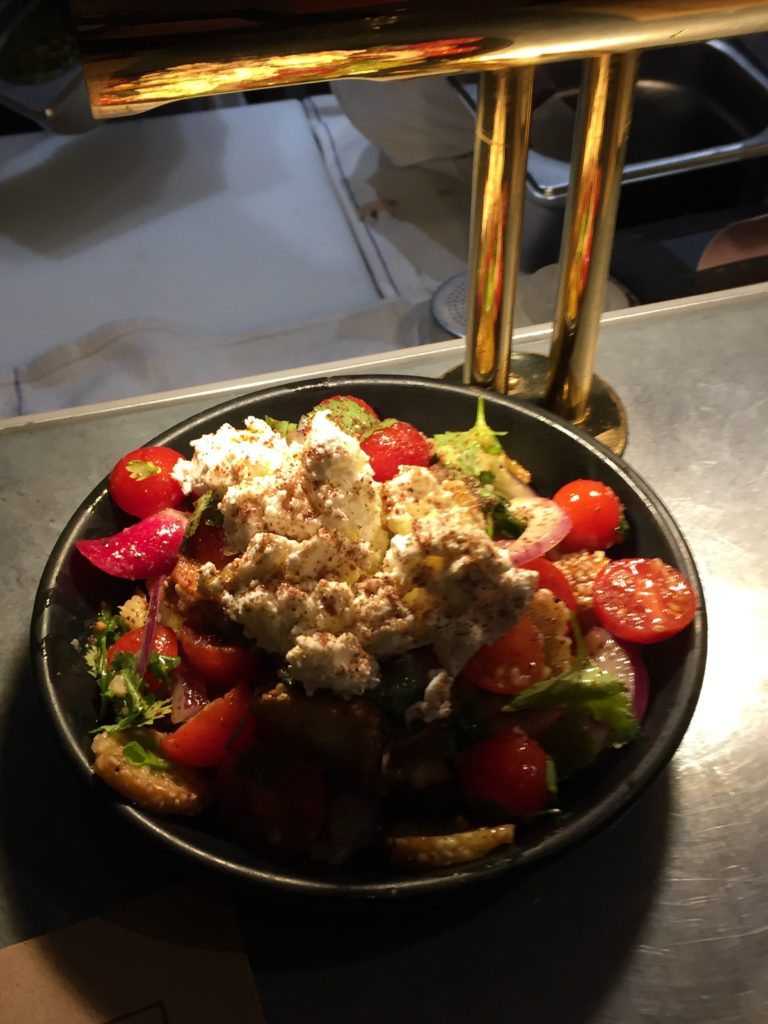 The glorious fattoush salad, although this photograph doesn’t do justice to the vibrancy of the colours

The fattoush salad, for example, sounds basic enough but the tomatoes are gloriously sweet and ruby in colour, the whipped feta a bright white, the croutons crisp and the dressing delicious. Elsewhere on the menu, the cauliflower is like nothing you’d remember from school meals (I’m assuming yours didn’t serve it with coriander seasoning and salsa) and the arayes – spiced lamb in small parcels of pitta bread served with yoghurt and harissa on the side – are wonderful. They’re the sort of thing you feel you could eat until you’d burst. The Moroccan cigars, crispy battered fingers filled with potato, parmesan and turmeric, offer a vegetarian option with the same side dressing as the arayes. 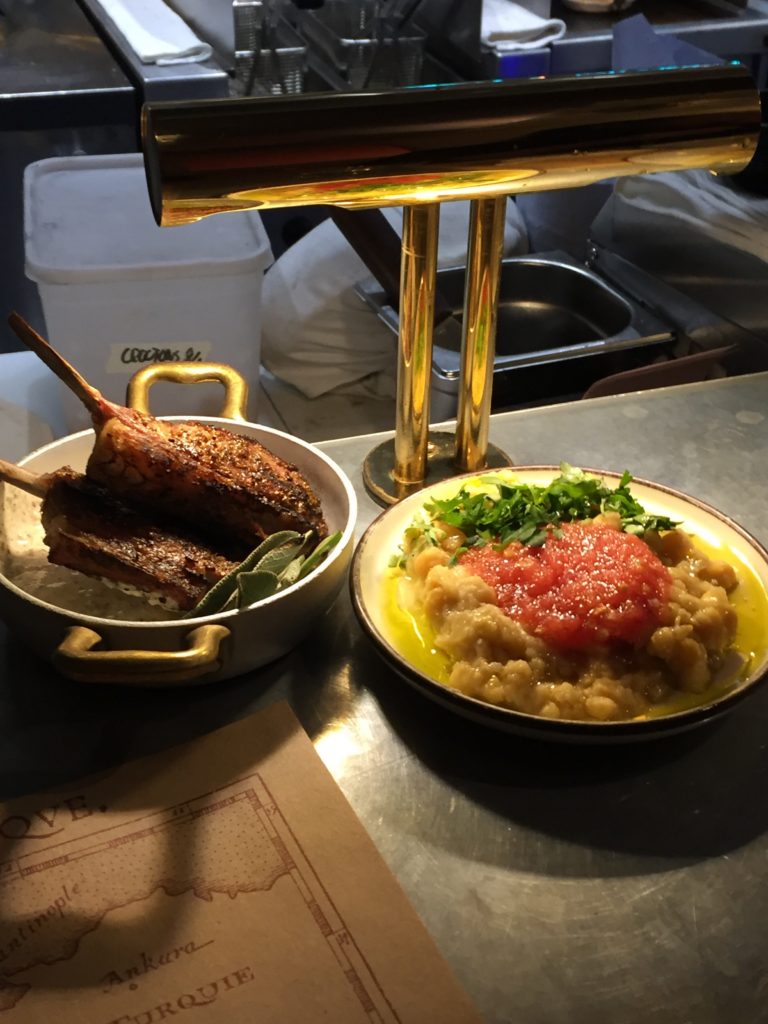 The lamb cutlets at The Barbary, accompanied by a generous helping of chickpeas with salsa on top

For the main course, I was vastly tempted by the pata negra neck, an enticing chargrilled pork creation, and/or ashkenazi chicken livers but instead opted for the lamb cutlets zuzu (a sauce involving dried herbs, chopped cucumber and tahini) with msabacha chickpeas. I didn’t regret the choice one bit. Both dishes were perfect. The Jerusalem bagel, a coil of chewy white bread, was awesome also but bingeing on bread didn’t seem either necessary or sensible.

The desserts looked divine and I don’t doubt that they were but, in a very good way, I had had enough. Talking of divinity, in Greek and Roman mythology the food of the Gods was ambrosia, the drink nectar. Neither are on the menu here – even if with this cuisine the Lebanese rosé offers an acceptable impersonation of the latter – but perhaps they will be by the spring? BTW, The Barbary doesn’t do reservations. I have none either. It’s spectacular.

58 thoughts on “FOOD: If this is Barbarism then I’ll have seconds, please”