FOOD: KC – in the sunshine, grand

Goodsway used to be one of the grimmest streets in London. Linking the road between King’s Cross and St Pancras stations to York Way, not a salubrious address in itself, it was dark and dingy, the old gasholders looming like a menace in the sky while on the pavements below drugs were dealt and women sold themselves to men in cars. But there always was that thing about King’s Cross. Yes, it was horrible, but the station has more tube lines running through it than any other in the capital and whatever one thought about it, it was only about a couple of miles from the heart of the West End and the same again from the centre of the City of London. Especially given that it really couldn’t go much lower, there was only one way for it to move. And up it has gone. 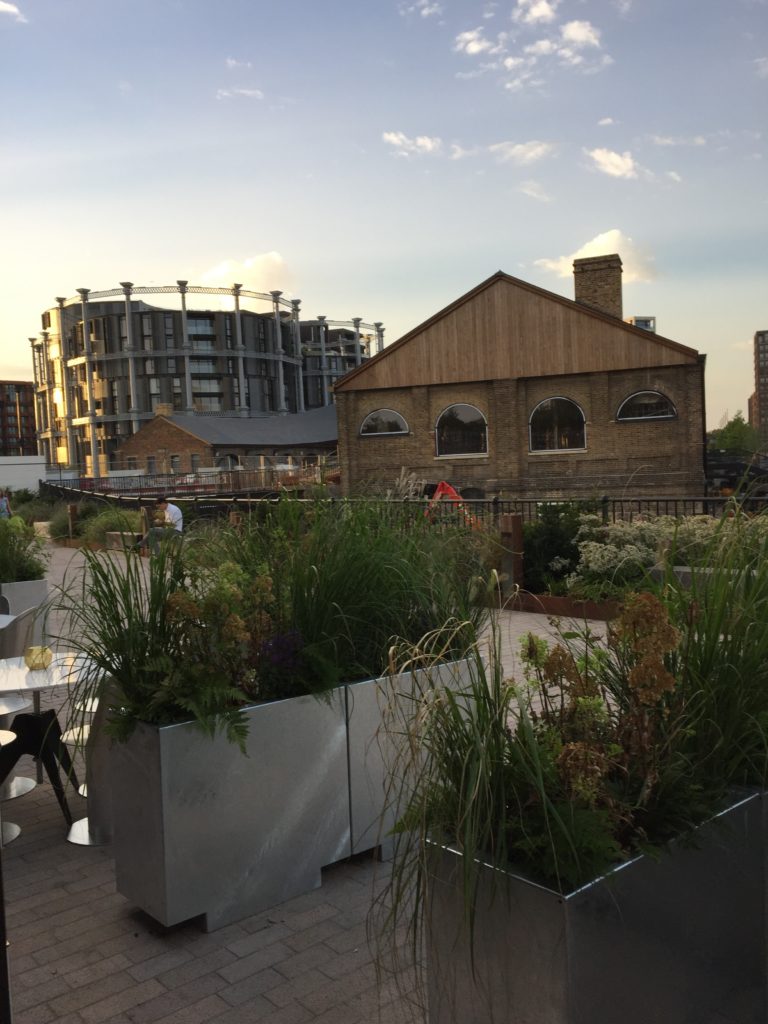 The old gasholders, here viewed from the restaurant, have been converted into smart new apartments

Soon King’s Cross will be the location for Google’s humungous new offices, scheduled to open sometime next year. The structure has been called a ‘groundscraper’, because it will be as long as the Shard is tall. Heck, it will even have a running track on its roof. But that’s for the future. For the present, the redevelopment of the old railways buildings, with names like Coal Drops Yard, flourishes at a pace, and the area has a newly created post code, N1C. In the case of where we’re talking about here, that’s at No. 2 Bagley Walk. 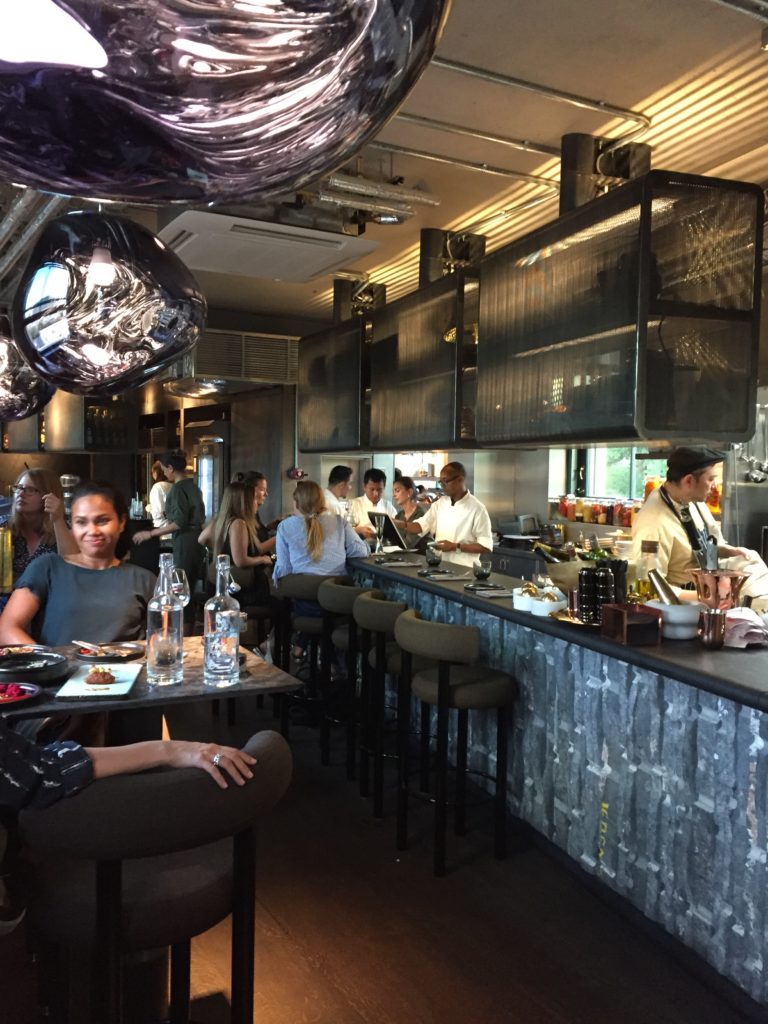 We’re talking about a new restaurant called Coal office – it’s office with a small ‘o’ because its logo is Co. – as you can see from the sunny photo on the home page. We opted to share four dishes instead of choosing a main course each. If you’re interested these were sushimi with kingfish, ginger vinaigrette; Machneyuda’s Polenta, which comprised asparagus, parmesan and black truffle; Shikshukit, otherwise known as lamb and beef kebab with aubergine, white beans and some delicious spices; and a tuna tarate with fattoush salad. Come to think of it, even if you weren’t interested you have now been told all that. 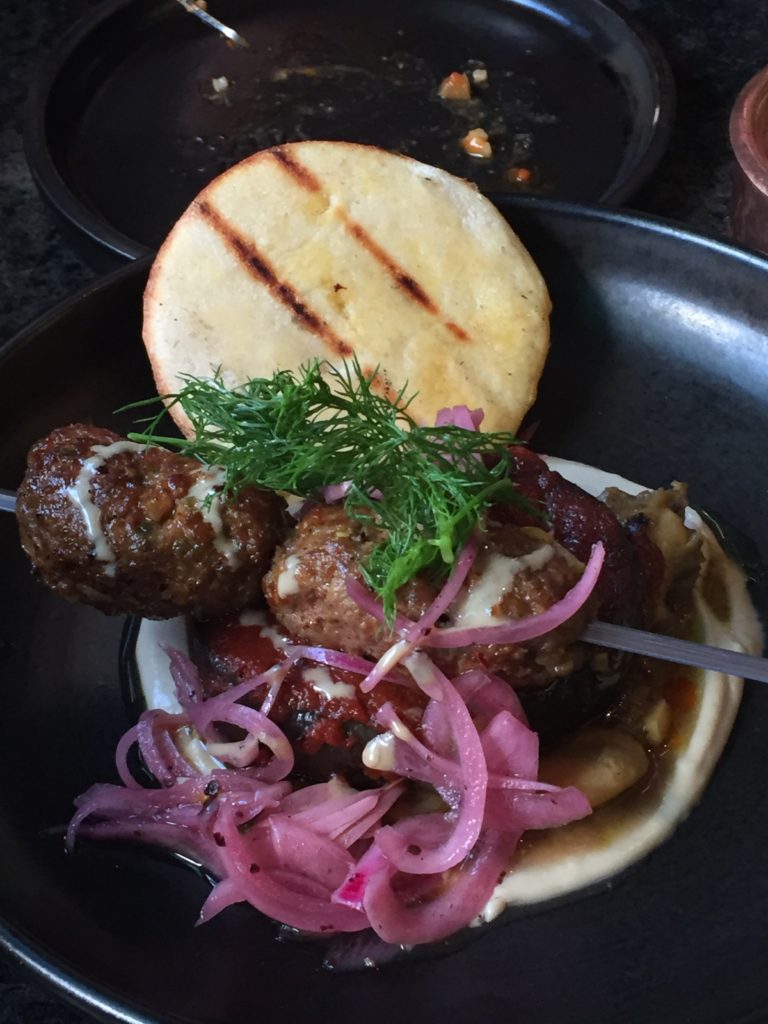 One of our four shared dishes; indeed by far the largest – the lamb and beef kebabs, featuring red onions

I almost never eat desserts but my wife talked me around. We had rice pudding with mango chutney and lime ice cream, which sounds kind of weird but was absolutely terrific. We also had red grapefruit and verbena sorbet, which to be honest was a bit like one of those confections they sometimes serve at posher restaurants by way of a palate-cleanser. For before or after your meal, there is a rooftop bar with a view over the city landscape and of the canal which heads out westwards all the way to Little Venice, which is near another mainline station, Paddington. That may be the destination of a visit on another evening.