The Ivy restaurant in London (West Street, WC2) is one of the most notable landmarks of the capital’s cuisine. It’s not that the food is anything extraordinary, although it is very good. It’s famous as a place to be seen; where you’d be unlucky to drop in for lunch or dinner and not see someone at least C-list famous. While celeb-ligging might not be your thing (it isn’t mine either), the revamped dining room and bar are a joy, especially if you have the time for a decadently long, luxurious lunch. By way of a tip, since it can be hard to get into due to its popularity, if you have the flexibility then going for a late lunch is the perfect plan because at that time it is much easier to get a table. Early evening is also tough because, this being on the fringes of Covent Garden, there is a huge demand for pre-theatre bookings – the restaurant is almost slap-bang opposite St Martin’s Theatre, which has staged Agatha Christie’s The Mousetrap since forever.

In fact The Mousetrap opened in 1974; The Ivy as early as 1917. But, if you’ll forgive that preamble, this blog isn’t about either. It’s about a couple of recent spin-offs: The Ivy Kensington Brasserie (96 Kensington High Street, W8) and The Ivy Soho Brasserie (26-28 Broadwick Street, W1), the latter of which opened just last month. 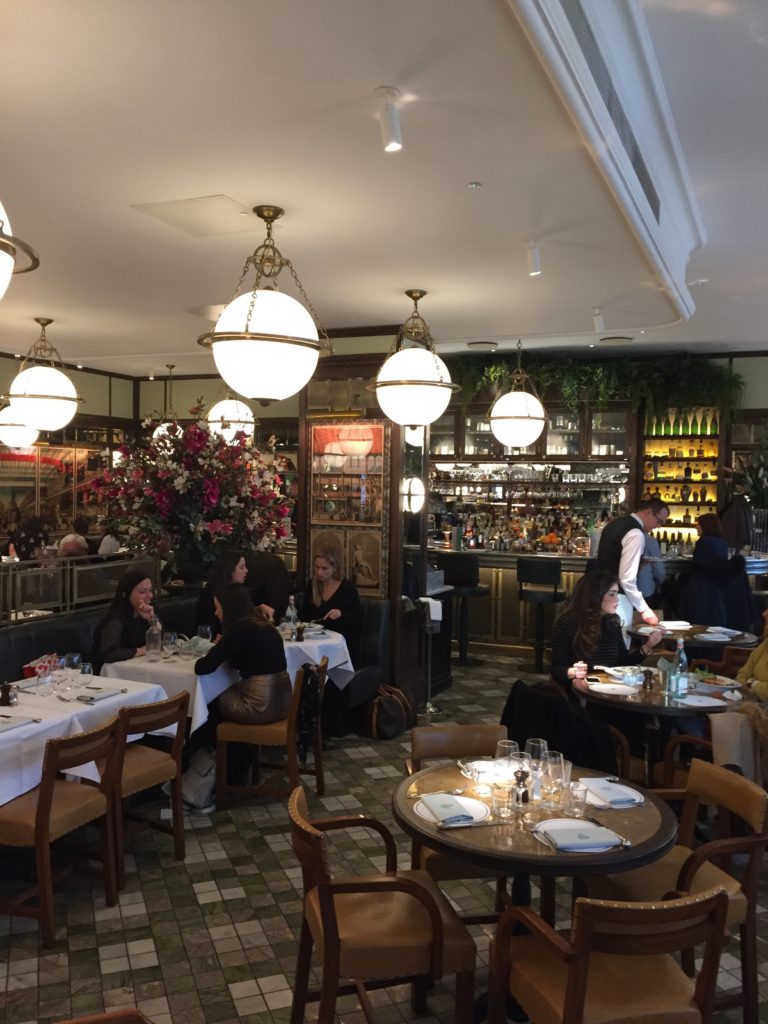 Getting into these two establishments is not such a chore as attaining access to the parent business but the experience is equally enjoyable and they are exceedingly popular. During a busy lunchtime in January at the Kensington branch, if I may use a banking term in this context, one of the first things that occurred to my friend and I was that we were almost the only men in the room. Seriously! OK, we counted and from where we were sitting we could see just five other men, out of probably 50 people. We were even outnumbered by babies and strollers. At least on this day, this was very much a ladies-who-lunch occasion, whether they be doing business or meeting up with their friends. Perhaps think of it as a high-end crèche with appealing dining arrangements? 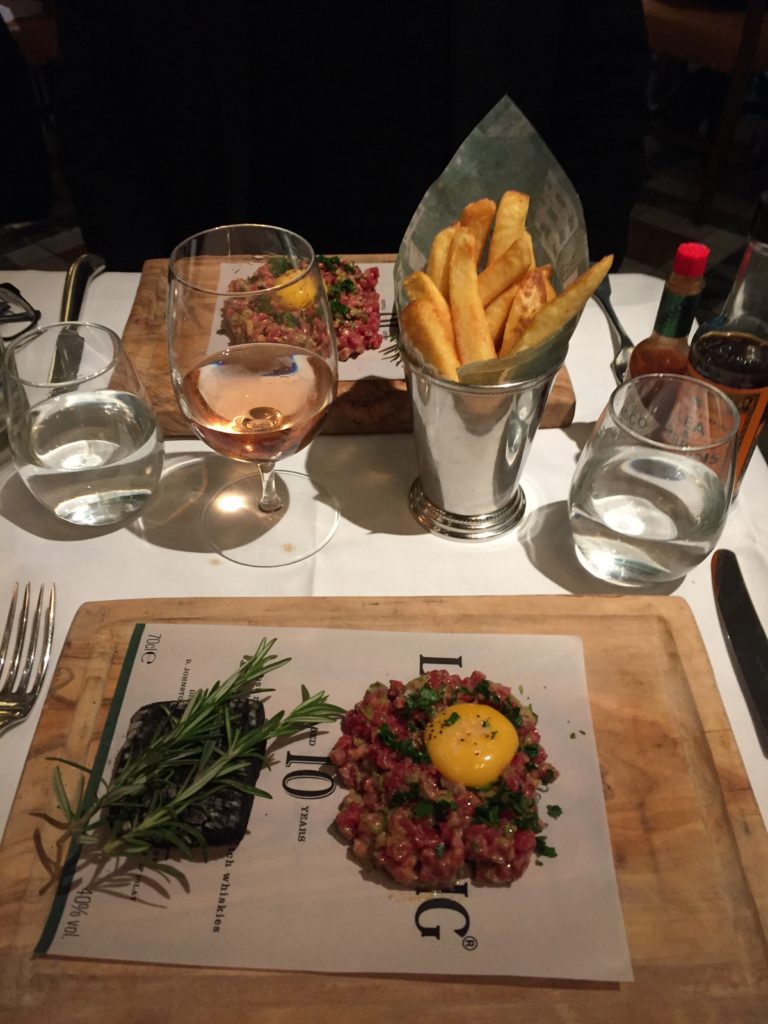 No, it’s not a mirror reflection – my friend had the steak tartare as well. By the way, the wine was mine

You’ll be wanting to know something about the food. The menus are not identical – or at least they weren’t if one compared Kensington in January with Soho in March – but they are similar. At the latter (the bar of which is shown on the home page), starters included Asian crab salad and honey-baked ham; main courses a seasonal risotto, sea bream or steak with garlic butter and thick-cut chips. In the end I did what I nearly always do in such circumstances in such eateries: I opted for the steak tartare with chips. But, I mean, just look at it! Can you blame me? I preceded that with an absolutely delicious duck salad, a dish which has long been a regular on the menu at the original Ivy. I once read somewhere, for some reason, that it’s Lily Allen’s favourite dish there, and it’s not hard to see why. She has good taste.

55 thoughts on “FOOD: The Ivy League”