FOOD: The sweet bakery creation that is a cronut

Last September 30, the London bakery scene got a new inhabitant. Dominique Ansel, a French-American chef who established his reputation at his eponymous establishment in SoHo, Manhattan, opened his first premises in the UK. In Soho? No no! In Elizabeth Street, Lower Belgravia, which sounds perhaps posher than the reality since it’s slap-bang opposite the exit to the Victoria Coach Station. Still, its yellow awnings look lovely in the sunlight, I think you’ll agree. 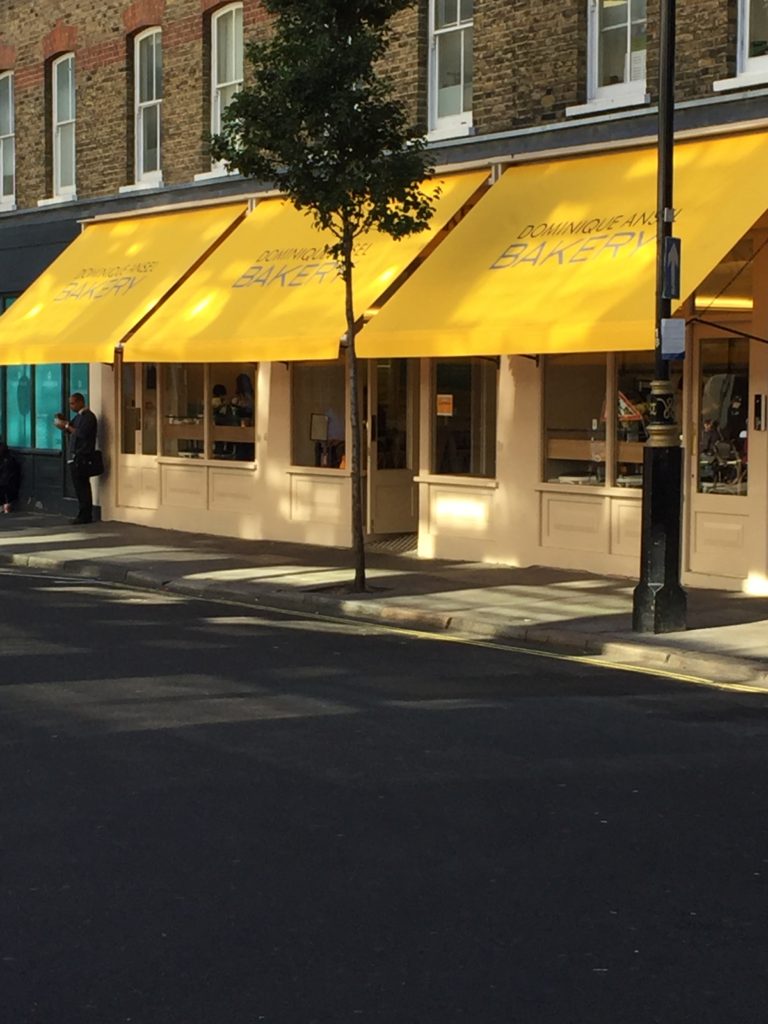 The opening created an incredible stir. The bakery opens at 8 am but on that first day the queue reportedly began to form around 5.20. What, you might think – all that palaver for a pavlova? No, for a cronut. Yes, a cronut. The creation, which has been trademarked, is Ansel’s speciality, and people who knew of the esteem in which it is held were prepared to go to extraordinary – OK, bonkers – lengths to make sure they would get one on the first morning. So high was demand that customers were restricted to no more than two each. (They cost £4 apiece.) 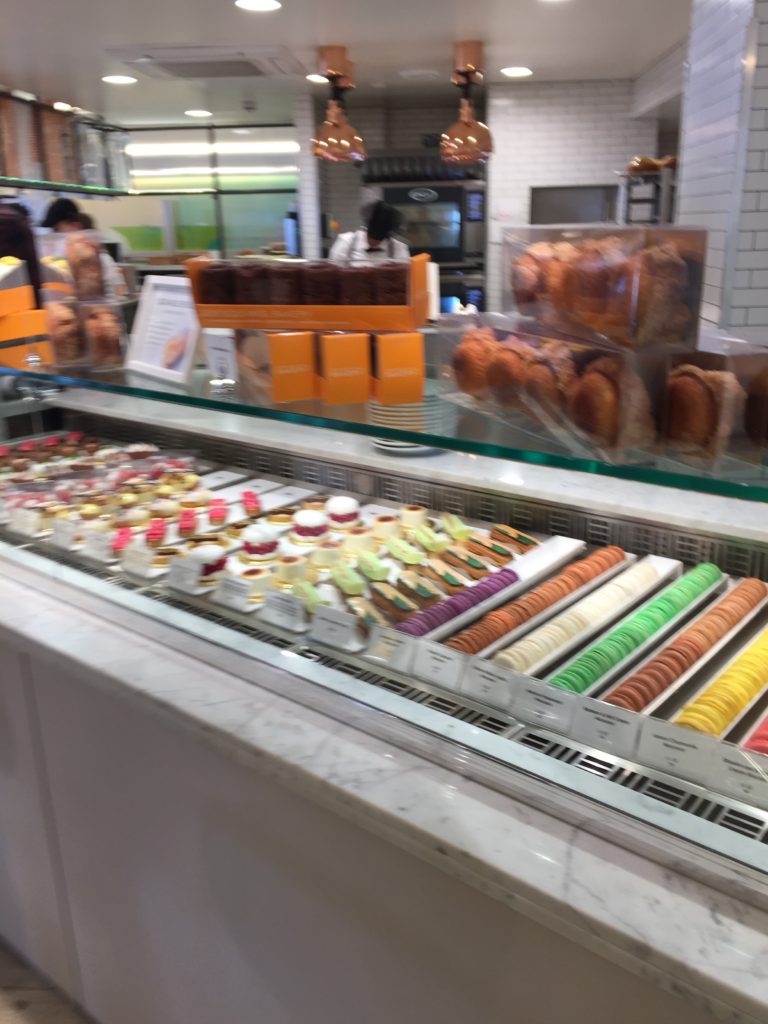 As you can gather from this photo, the fare on offer amounts to rather more than the trademarked cronut

The cronut is a combination of a croissant and a doughnut. I went to the bakery last week, at around noon, and there were plenty to be bought. No more rationing. The novelty has clearly worn off somewhat, even though I’m not sure the calories have. Mine was the April version, which had a filling of mandarin jam with valrhona jivara and milk chocolate ganache. One for the chocoholics, indeed. Having eaten it – that is some of it; there was no way I could eat it all (it was even bigger than it looks in the photo) – I was reminded of a restaurant review I read a couple of years ago (by John Lanchester, I think) after he had enjoyed/endured a three-course meal at a Russian restaurant and later realised that each course had involved cream. “Right now,” he wrote, “I’m honestly thinking that I may never eat again.” I get that. 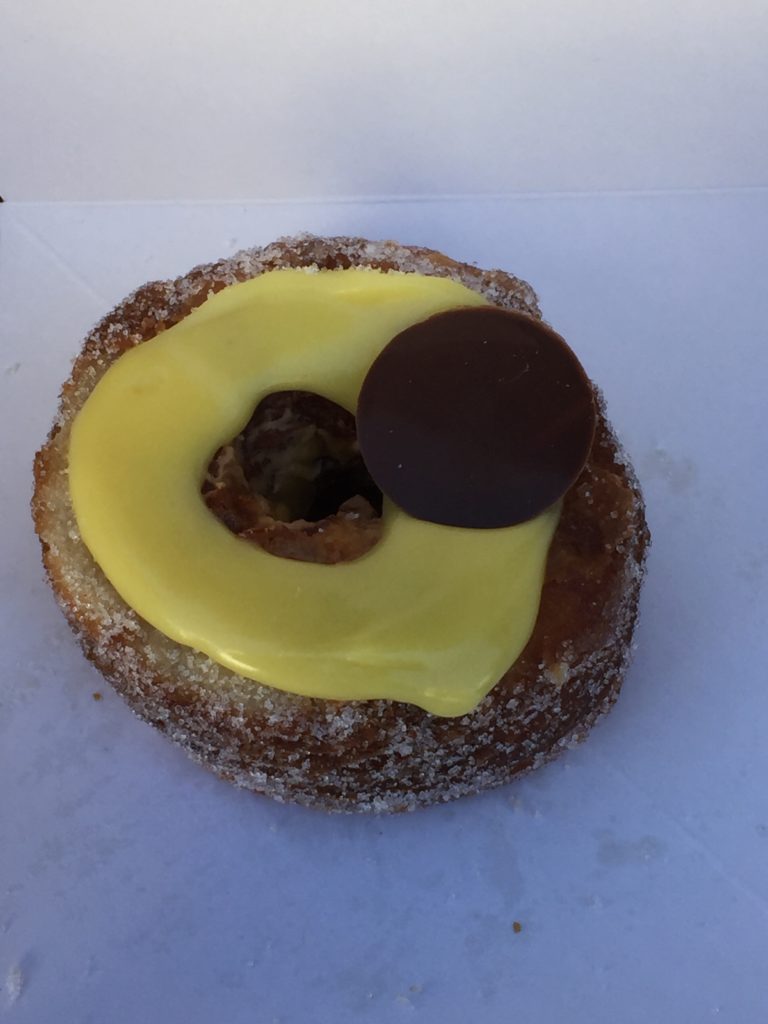 If you like sweet foods, you’ll love a cronut, although your dentist may have a thing or two to say about it

Apparently the croissant, which we tend to think of as being quintessentially French, was initially created in Vienna in 1683. The doughnut was not invented in America but likely in either Germany or Holland. I like croissants quite a lot; doughnuts very much less. Dominique Ansel has obviously struck rich – in two senses of the word – by amalgamating the two items and well done to him. It’s not really one for me but don’t let that put you off. And at least if you find yourself in London SW1 any time soon and are craving the sugar rush from a cronut, there is the substantial consolation that you will be unlikely to need to wait in line in order to find out what all the fuss is about.

81 thoughts on “FOOD: The sweet bakery creation that is a cronut”