The extensive redevelopment of Paddington Bear…sorry, Paddington Basin, close to the famous West London railway station of that name, has been one of several grand upgrades of a London residential area carried out over the past decade. The offices and flats are swish and modern and they take advantage of the proximity of the Grand Union Canal and Little Venice to add value and pleasant scenery to the premises. All in all, I guess it must be a pretty desirable place to live and/or work in.

The Union Bar & Grill is in Sheldon Square, less than five minutes walk from the station, either mainline or underground. (A view of the exterior is shown on the home page.) This has become a favourite place to meet a friend who works out near Heathrow; mutually inconvenient, if you like. He gets the Paddington Express; I get the District or Circle line tube. And once we arrive at our destination, the food is always worth the effort. Which quite simply explains why we keep going back. 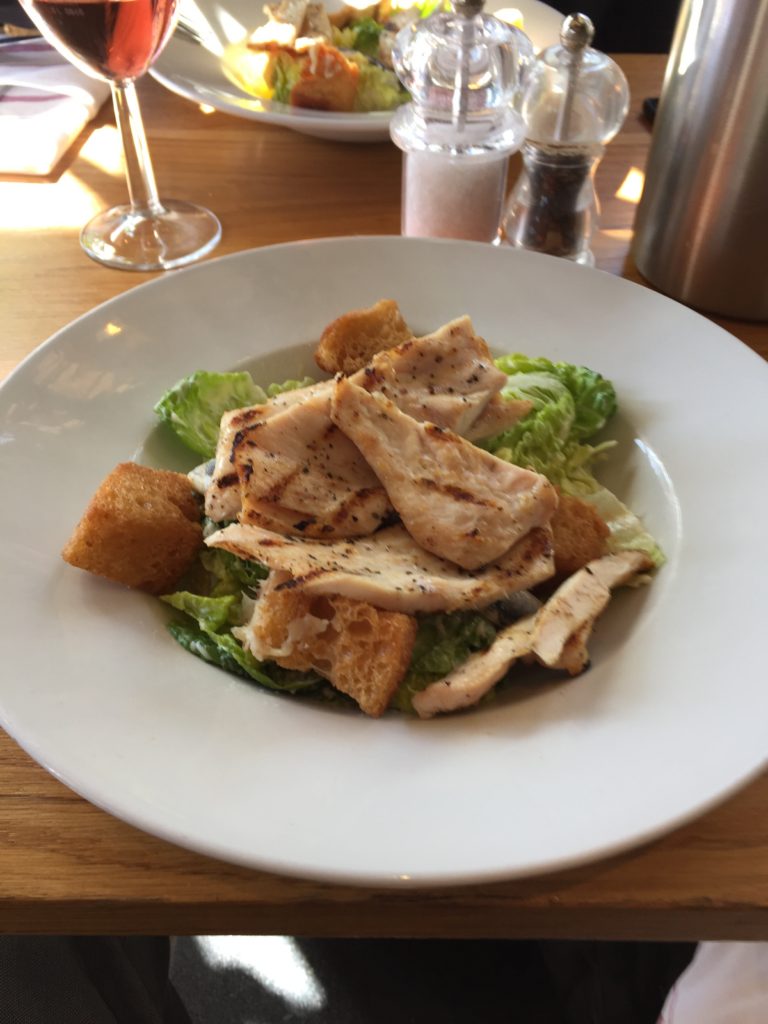 Granted, chicken caesar salad is not the most imaginative bit of ordering ever done, but this was perfect

Unlike my normal form in restaurants I visit quite regularly, as you may have noted from my past ramblings on the subject, at the Union Bar & Grill I vary what I order. On this occasion it was the chicken caesar salad, as you can see above (with a glass of rosé lurking nearby), preceded by crispy deep fried calamari served with aioli. My friend opted for the tortilla, which was stuffed with roasted pepper, rocket and red onion salad, followed by Thai chicken curry. He pronounced himself as satisfied with his curried chicken as I was with my caesar version, although I can never order chicken in a restaurant without recalling a dinner one evening in Manhattan many moons ago. Semi-coincidentally, that restaurant was called the Union Square Cafe, and on this particular night there was an interesting-sounding chicken dish on offer (although I have no recall of what it was). The waiter, who was one of those who plainly felt a career in acting was only matter of time, had flamboyantly described everything else on the menu except the chicken. So I asked him: “What about the chicken dish?” With a look of monumental disdain, matched only by his tone of voice, he loftily replied: “Chicken! Chicken’s chicken.” And that was that. It was simpler to order something else. 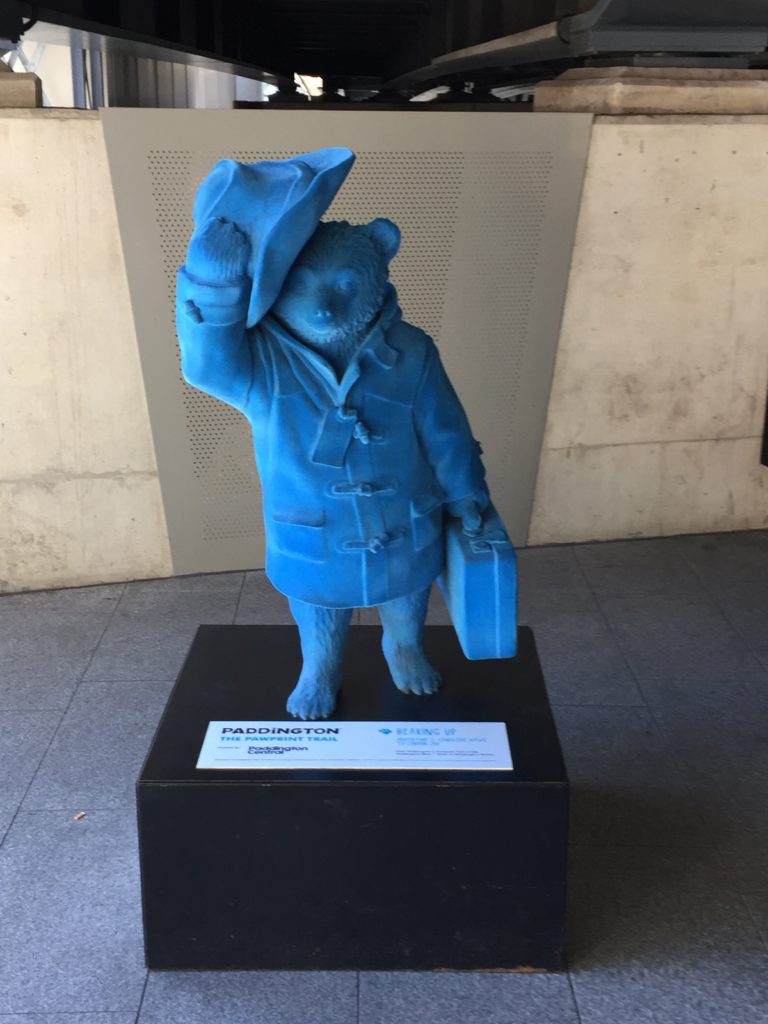 Paddington Blue…although it is rather odd, because I don’t remember the afternoon as being that cold!

Another enjoyable lunch duly knocked on the head, on the way back to the station one walks past a small statue of the world’s most famous fictional Peruvian bear. My wife thought Paddington was a terrific film and she was even more enraptured by Paddington 2. And who can fault her judgement? As one movie critic opined, they are The Godfather equivalents of ursine cinema – that rarity when the sequel is better than the original!

48 thoughts on “FOOD: The Union Men keep returning to Paddington”