OK, apologies for the hackneyed pun in the title but this Lebanese restaurant (its modest facade in shown on the home page) really is called Irresistiball and it really does provide terrific food – albeit in the current health climate, food that is only able to be enjoyed as a takeaway. Given that it’s not far from where I live in London N1, that means it can handily and happily work as a take-out for me.

At times like these, one obviously has to spend time worrying about the fate of restaurant critics. I mean, surely they are worth 10 seconds a day? No, of course they aren’t, but restaurant proprietors are a very different deal. Like every aspect of our hospitality industry, they have been hurt horribly. I cannot pretend to understand how difficult it must be for government to plan for sufficient financial support for that sector but I am very sure I get the fact that restaurants which were given every reason to figure that once they reopened in early December they would be allowed to stay open until Christmas at least have huge reason for felling hugely aggrieved that, in London at least, they were closed down again on December 15. And that they remain so… 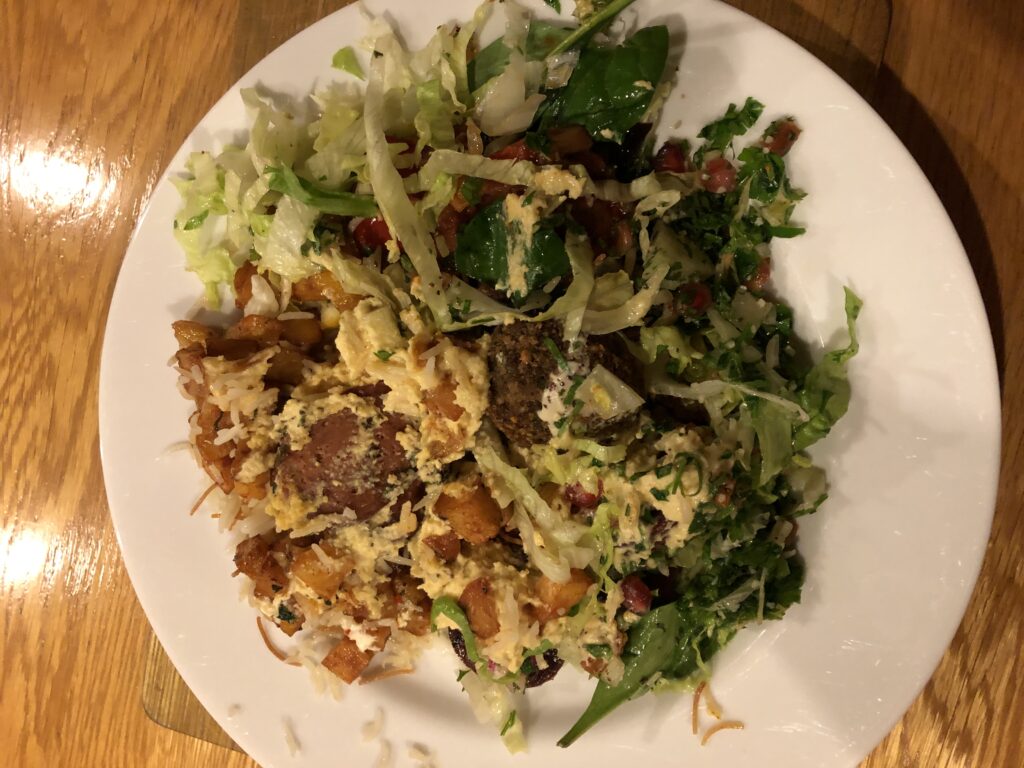 You obviously understand this is a takeaway, and my food arranging is on a par with my flower-arranging

…and likely will be for several weeks ahead. Anyhow, you see the feast I have/had here. It’s of magnificent merguez sausages, some perfect baked falafel, with salad, potatoes, borlotti beans and hummus. It was utterly delicious. The circumstances in which I ate it, in a room in London watching the NFL from the United States on television, was not the normal environment in which to enjoy food that would more ordinarily found in Beirut, but it was fabulous despite all that.

I will be going back!