FOOTBALL: All change in the name of the game

The FA Cup quarter-finals played over the past few days were mildly ground-breaking in their own way. For the first time, there would be no replays if the scores were level after 90 minutes – which didn’t happen in any of the four games; instead the match would go to extra time and then on to penalties if necessary. In that event a fourth substitute for each team, up from the usual limit of three, would be permitted. The no-replay bit came about because it would have been impossible to schedule any satisfactorily given the impending international break (that is, a break for international football, not a break from it) but the Football Association is already suggesting that perhaps replays will be abolished altogether from next season, when video assistant referees will be used for the first time, thereby in theory (and I stress ‘in theory’) meaning that no asinine errors by the officials would have an egregious impact on the outcome of a game.

So far so banal, you may think. But what if things got a little more revolutionary? Last September, Marco van Basten, pictured on the home page in the prime of his career when he was Holland’s chief striker and one of the best players in the world, was appointed chief technical development officer of FIFA. His task was to talk, listen and discuss whether and how the laws of the game might be changed. If it wasn’t such a preposterously corny line, I’d be tempted to say he was being encouraged to think outside the box. (As opposed to scoring from within it, which he was very good at.)

One of his suggestions was met with pretty much universal scorn – abolish the offside law. “Go invent another game,” was the succinct riposte of Jurgen Klopp, the Liverpool manager. But van Basten was in fact exaggerating in order to make a point: why not revisit the offside law to see if it might be amended to be more favourable to teams endeavouring to play attacking football, something that is constantly under review. For example, the back-pass rule (as in no passing back) was introduced in 1992 to clamp down on ultra-defensive tactics. Now it seems to have been in the rules forever. 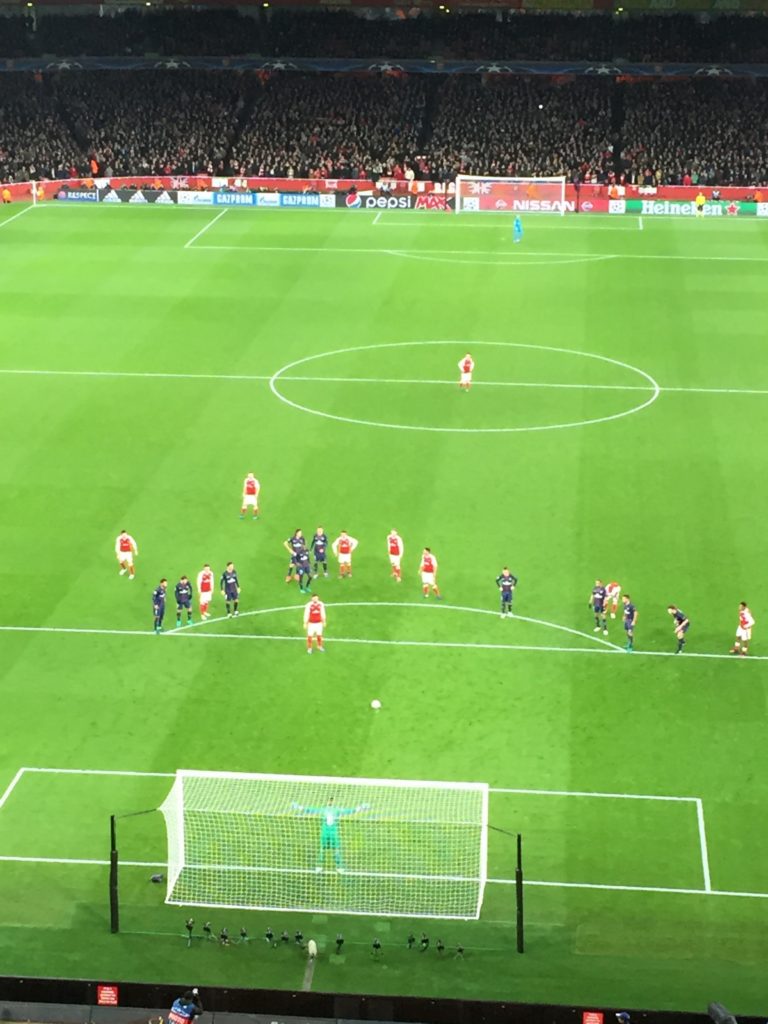 A traditional penalty kick: Marco van Basten would like the process altered when it comes to shoot-outs

But much of what van Basten came up with should give cause for serious consideration. For example, penalty shoot-outs. Somewhat taking a leaf from hockey’s playbook, he would like to see “maybe the player should start 25 metres from goal and then you can dribble the goalkeeper or shoot early, but you have to make a goal [or not!] within eight seconds. It’s more skill and less luck”. Sounds sensible to me. (BTW, the traditional shoot-out formula is less than 50 years old.)

He also proposed ‘orange’ cards, for offences between a yellow and a red, with the offender having to leave the field for, say, ten minutes, rather like the sin bin in rugby. Also from rugby, he advocated that there be no running clock in the last ten minutes – instead the timer would be stopped whenever the official indicated for it to be – in order to combat time-wasting. He would also put a limit on the number of games any player could play in a season, to protect against injuries due to fatigue. And, if the 90 minutes are up and there scores are level, he’d forget about extra time and go straight to the shoot-out; under whatever format that might be conducted.

56 thoughts on “FOOTBALL: All change in the name of the game”