I guess it was semi-appropriate that the Premier League Boxing Day fixtures were shown on Amazon. For the majority of us, what it primarily does is not showcasing football on Amazon Prime. It’s delivering us stuff in boxes or packages (as shown on the home page). Nevertheless, it is paying £90 million to show 20 games a season over the next three years as the e-commerce behemoth becomes the first mega-tech company to venture into coverage of soccer and take some matches away from Sky and BT.

This was not the company’s first foray into football. That came with a round of midweek matches in the first days of December, when those expecting some kind of dramatic new presentation would have perhaps been somewhat disappointed. The commentators, analysts and presenters included Jon Champion, Ally McCoist and Gaby Logan. You wouldn’t have known you were watching something new. (On Twitter, Gary Lineker, TV’s ‘Mr Football”, noted a tad archly that he was maybe the only mainstream football guy not to be involved.) 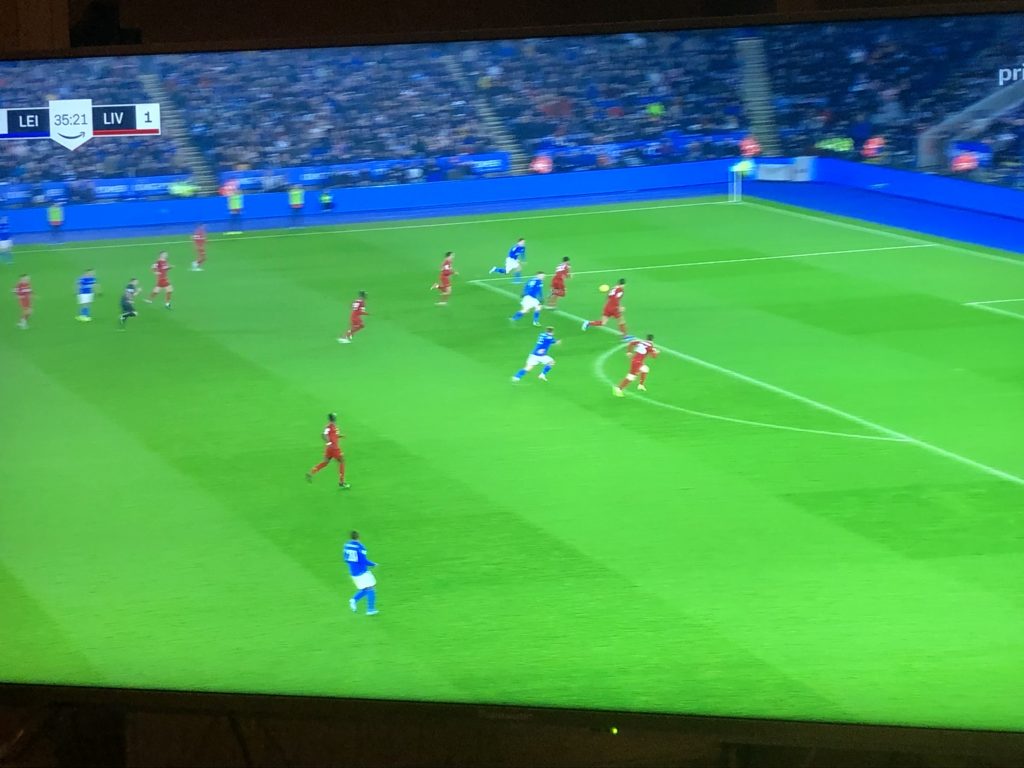 The stand-out match on Boxing Day was the 8 pm offering of Leicester City v Liverpool, respectively 2nd versus 1st in the table. (Rather remarkably, the corresponding fixture at Anfield in October had been a 3 o’clock Saturday afternoon kick-off, meaning that neither Foxes/Reds contests this season have been shown on either Sky or BT.) It has to be said that unless you were an avid Liverpool fan, the game was rather an anti-climax. Not in terms of the quality; Liverpool were very good. Actually, beyond very good. They were so good that the outcome never seemed to be in doubt. Liverpool won 4-0. And that scoreline did not flatter them at all.

Will this be our footy vision of the future? It’s far too early to guess at that. Amazon is an extraordinarily wealthy enterprise but nevertheless it is one thing to shell out the £90 million it just has, quite a different matter to make an offer into the billions in order to put down a serious challenge to Sky and BT. Among other issues to consider, the company will want to assess how much of an impact the football had when it came to enticing people to pay the £7.99 subscription required in order to be able to access Amazon Prime. There are technical issues, too. Anyone with anything less than the top-class internet connections needed to enable their broadband to work efficiently was liable to be disappointed with sporadic reception. For some that would be no problem, but for others the fact – which cannot be got around – that a time-lag of sometimes two minutes between what was happening on the pitch vs what you were watching at home meant that viewers who like to discuss the match live on social media are bound to be feeling left behind; conversely, anyone using betting apps in order to have a punt on the action would be ahead of the game.

That’s a matter for the future, one that is a little further down the road than just the other side of the new year. Here’s wishing you a happy one.