FOOTBALL: England battered by the Land of Cod in Iceland check-out

‘Out’ seems to be the word of the week. On Friday Britain went out of the European Union. On Monday England went out of Euro 2016. Tomorrow it’s the recycling.

England’s 2-1 defeat at the hands of a small North Atlantic island ended the country’s participation in this year’s European Football Championships and ended Roy Hodgson’s reign as national team manager. Iceland has something like the population of Leicester. Perhaps we’d have done better if Premier League champions Leicester City had taken them on instead, but of course that couldn’t happen – Leicester’s players aren’t all English. Although some that are, such as Danny Drinkwater, didn’t get picked for the squad anyway.

Iceland are ranked the 37th best football team in the world. Four years ago they were 133rd. It’s a nation that is (stand by for another egregious English equivalent) approximately the size of the London borough of Lewisham; a country that the England scouting staff went bonkers about when they got a last-minute winner against Austria because that meant we’d be playing them instead of Portugal (that turned out well, didn’t it?); a team Hodgson and his assistant Ray Lewisham…er, sorry, Ray Lewington, didn’t bother to watch playing said match against Austria because they went sightseeing in Paris instead. (I honestly have not made that up.) I can’t even begin to think about the number of social-media jokes that must have been doing the rounds: how could Lidl England expect to beat Mighty Iceland?; England couldn’t beat Poundland. And on. 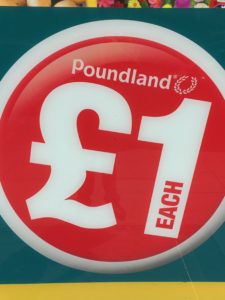 The possible value of the England football team?

Mind you, this is a world of excess. The back page of The Times read ‘Hodgson quits in disgrace’. Yes, The Times, not some tabloid. ‘In Disgrace’? Anyone would have thought he’d been found out having taken a backhander to instruct his players to play poorly, or at least been spotted leaving a Nice bordello. Because, essentially, the former is what happened. The team played poorly/shockingly/abominably – take your pick. And although there were a multitude of experts lined up to say it was the most embarrassing/hapless/hopeless – take your pick – England performance ever, they actually meant since the last bad one, and that wouldn’t have been so long ago. Anyone remember the 0-0 vs Costa Rica in 2014? Having said that, Gary Lineker, who was a top player for England when they reached the World Cup semi-finals in 1990, did call it the “worst defeat in our history…beaten by a country with more volcanoes than professional footballers”.

The truth is that England seldom punch their weight in international football. They punch themselves in the face. In this match the captain, Wayne Rooney, had an absolute ‘mare. His passing wasn’t merely awful. His passing was tragic. (Play on words intended.) The ball to him seemed not so much a familiar friend as an unquantifiable threat. It was as if Roger Federer had turned into Anna Kournikova, albeit Rooney couldn’t find the net as unerringly as Anna used to in her prime. Goalkeeper Joe Hart doubled up on his mistake against Wales with another that made one wonder if he’d had some kind of bet on a fumble accumulator. Miranda Hart would certainly have saved one of them.

So any consolations amid the mess? Only one that I can think of. Since we barely have  prime minister right now, I think we were spared an Icelandic reprise of the Norwegian commentator who in 1982, his team having also beaten England 2-1, concluded by excitedly yelling: “Maggie Thatcher – your boys took one hell of a beating!”