You will doubtless have noticed that the England football team was in Portugal last week, playing and losing 3-1 to Holland and then playing and beating Switzerland – in a penalty shootout, no less. The Nations League competition is not the World Cup or the European Championships but, having made it to the semi-finals, it would have given a substantial fillip to the English game had the team won its first tournament since a famous summer’s day at Wembley in 1966. Instead there was defeat at the hands of the Dutch in the semi-final after a couple of calamitous defensive errors in extra time (as suggested by the newspaper headline shown on the home page), and beating the Swiss in the third-place playoff was only scant consolation.

The loss to Holland showed that, as in the World Cup semi-final against Croatia last year, England have become pretty adept at converting a half-time lead into an extra-time defeat. Marcus Rashford scored from the penalty spot on the half-hour but Matthijs de Ligt headed home from a corner after 73 minutes and the two goals in overtime were brought about by defending that could not even be described as “schoolboy football”. Passing out from the back looked more like passed out at the back. 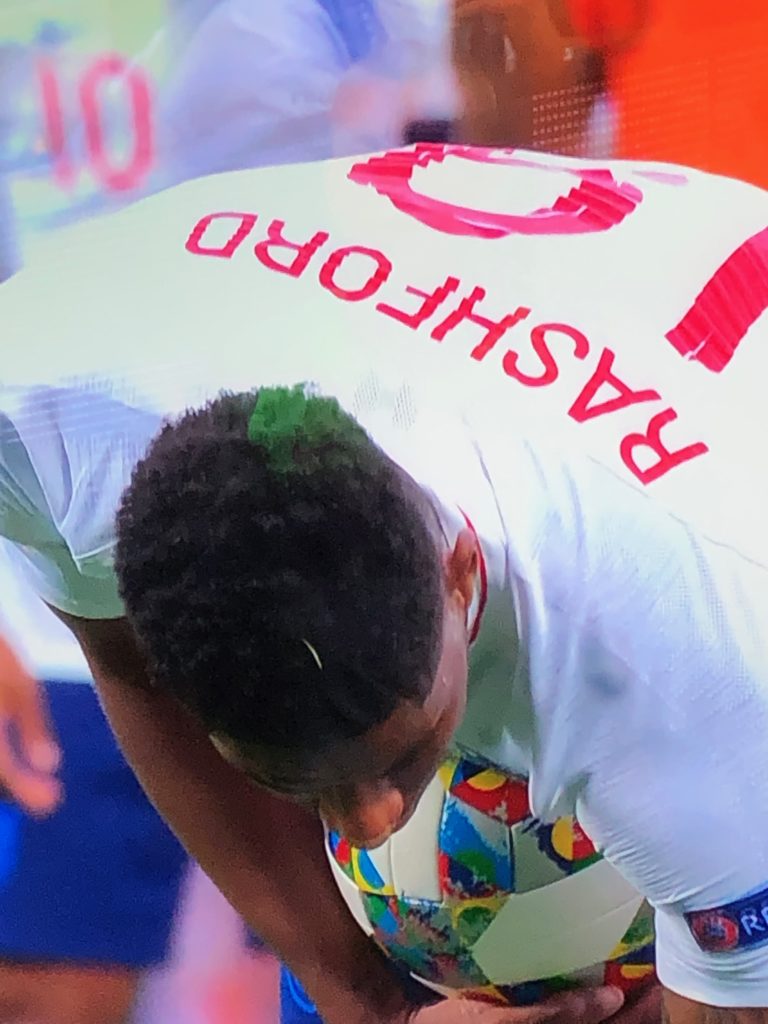 Marcus Rashford preparing to take his penalty kick against Holland…that went well, not so the rest of it

There were apparently 15,000 England fans in Portugal, which it is safe to say was a more uplifting stat for the England team than it was for the unfortunate people of Guimaraes, who were just the latest victims of the unutterably boorish behaviour of the louts who noisily proclaimed themselves “England ’til I die” but couldn’t get to the exits quickly enough after Holland had scored  their third goal. Well, obviously – there’d be no booze on sale in the stadium by that point.

England does not have a monopoly on moronic supporters but it does generally seem to be a problem of England fans rather than English fans. The Liverpool and Tottenham hordes managed to behave in general, in far greater numbers, when they were pitched together in Madrid for the Champions League final at the beginning of this month. I guess they had more on their minds than drinking beer and singing about 10 German bombers, terrorising locals residents and causing casual criminality. Some will tell you that these aren’t “real” England fans. They seemed all too real for the people in Portugal trying to get on with their lives in an orderly way. Football has problems. Society has problems. England football fans seem emblematic of a lot of awfulness.

In the final last Sunday evening, the hosts, Portugal, beat Holland 1-0. But a different final thought. Analysis of football matches invariably begins with the end result, usually then retrospectively judging the game that preceded it from the perspective of knowing the outcome. Had VAR not been in effect, or maybe Jesse Lingard’s left foot not been ahead of his right during one particular micro-second, England would have taken a 2-1 lead against Holland with seven minutes to play. The odds are they would have won the match. They may even have won the tournament. How different the newspaper coverage and headlines would have been then. As for those unwanted fans, though, they would still have been desperately despicable.