FOOTBALL: Qatar – not just a host but a tournament champion

Last Friday the hosts for the 2022 World Cup, Qatar, won the Asian Cup. In the final against Japan, who had previously won the competition four times, they won 3-1, the final and decisive goal coming from the penalty spot with Akram Afif firing home after the Southampton defender, Maya Yoshida, had handled the ball. The goal Japan scored was the only one Qatar conceded in seven matches in the tournament, during which time they scored 19.

Qatar did not have it easy on their road to the final, however. In the quarters they knocked out South Korea, the favourites in the eyes of many, whose elimination meant that Son Heung-min was freed up to play for Tottenham a bit sooner than expected. (And following his return, he scored critical goals in each of his first two matches back for Spurs.) Their semi-final opponents did not possess such a strong football pedigree, but the match came overburdened with political baggage.

The team up against them you see, was the United Arab Emirates (UAE). The match was being played in Abu Dhabi, the capital of the UAE. Since June 2017, Qatar has been the subject of a diplomatic and trade boycott by several of its regional rivals: the UAE, Egypt, Bahrain and Saudi Arabia, the latter being the only country in the world with a land border with Qatar. So while from a football perspective it was tempting to see this as an inferior version of Paris St Germain (representing Qatar) versus Manchester City (UAE), it came with rather more at stake than that. Inevitably, the match got dubbed the ‘Blockade Derby’ – there had already been one, with Qatar beating Saudi Arabia by 2-0 in the group stages – but the Qataris were not deterred by having the political odds, not to mention home-field advantage, against them. They won 4-0; all considered perhaps one of the most extraordinary international football results of recent times. To acknowledge their achievement, the crowd pelted their players with footwear, apparently a traditional insult in Arab countries. (I’m not sure what the equivalent would be on a wet Wednesday in Stoke.) 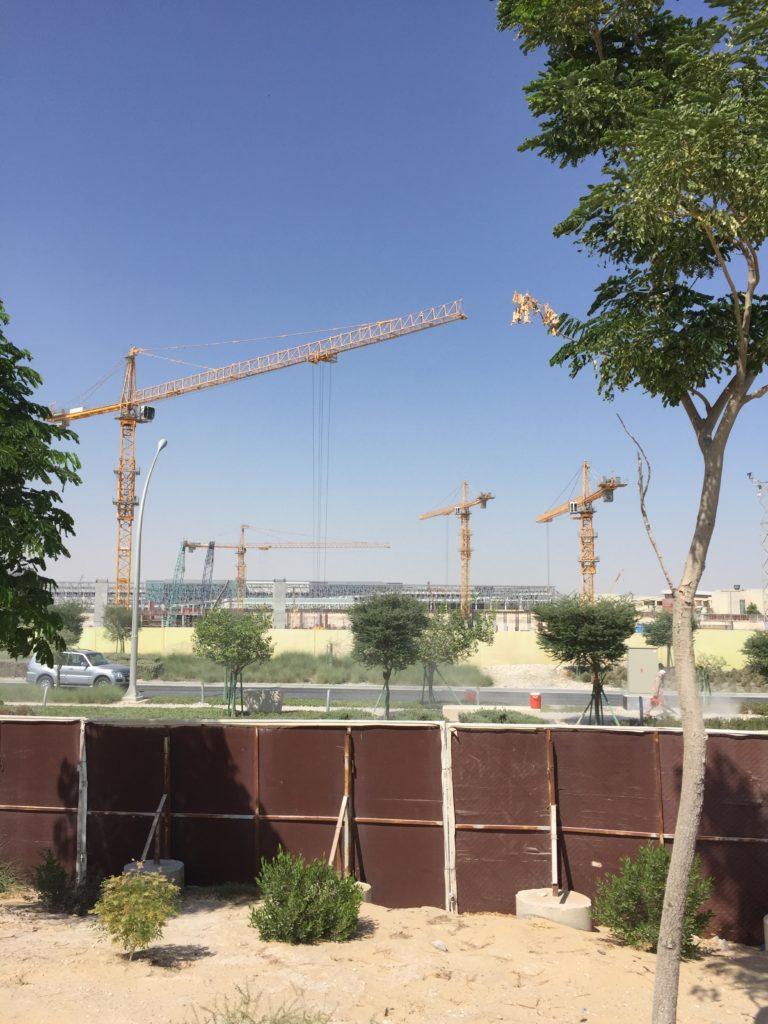 Looking ahead, the World Cup in Qatar is now less than three years away. From Fifa’s perspective, which way will matters move from here? The road sign on the home page may be symbolic; a short branch off to nowhere, perhaps? No sooner had Qatar been announced as the winning bid for the 2022 World Cup than Fifa executives, who do enjoy a bit of expansionist thinking, were suggesting that this might become a regional tournament for the Arab world rather than being owned by a small country about the size of South Wales. That seems a very vain hope now, although this has not stopped Gianni Infantino, who has replaced Sepp Blatter as Fifa boss since the announcement of Qatar’s successful candidacy, repeatedly rambling on about his aspirations of increasing the field from 24 countries to 42, which he seems to see as being another way of opening up match-staging opportunities for the neighbours, despite Qatar being ostracised by several of them. But then Fifa does do a lot of thinking outside the box, the penalty being paid by the migrant workers who have built the stadia for the World Cup matches.

50 thoughts on “FOOTBALL: Qatar – not just a host but a tournament champion”