FOOTBALL: SL Benfica and the great curses of sport

Baseball seldom makes major-league sports headlines in the UK for a very good reason: it’s America’s game. That changed a little in early November, however, when the Chicago Cubs dramatically won the World Series by beating the Cleveland Indians 8-7 in the final best-of-seven match, this after they had trailed the series 3-1. This was notable for giving Hillary Clinton, a fan of the team, victory in at least one of the two-horse races she was interested in last month, and more so because the Cubs had gone 108 years since they last won it – the longest such drought in the sport. The legend had it that the team had been cursed since 1945, their last appearance in the finals, when a tavern owner called William Sianis was ejected from their stadium because he had his pet goat with him and it smelled. “You are never going to win a World Series again because you insulted my goat,” he told his ejectors. At last, the curse is gone.

Which brings us on to Benfica, the current football champions of Portugal. One of their players is shown on the home page in exultant mood after scoring a goal. But not when he would really want it. Sport Lisboa e Benfica, to give the club its full name, won the European Cup in 1961 and 1962. The manager of those teams was Béla Guttmann, a former Hungarian international midfield player. After the second success, he approached the board of directors and asked to be given a pay rise. They declined. So he left the club declaring: “Not in a hundred years from now will Benfica ever be European champions.” We’re just over 50 years on from then but so far his curse has held true. Benfica have subsequently appeared in five European Cup/Champions League finals and three UEFA Cup/Europa League finals (in the latter case as recently as both 2013 and 2014). They’ve lost the lot. 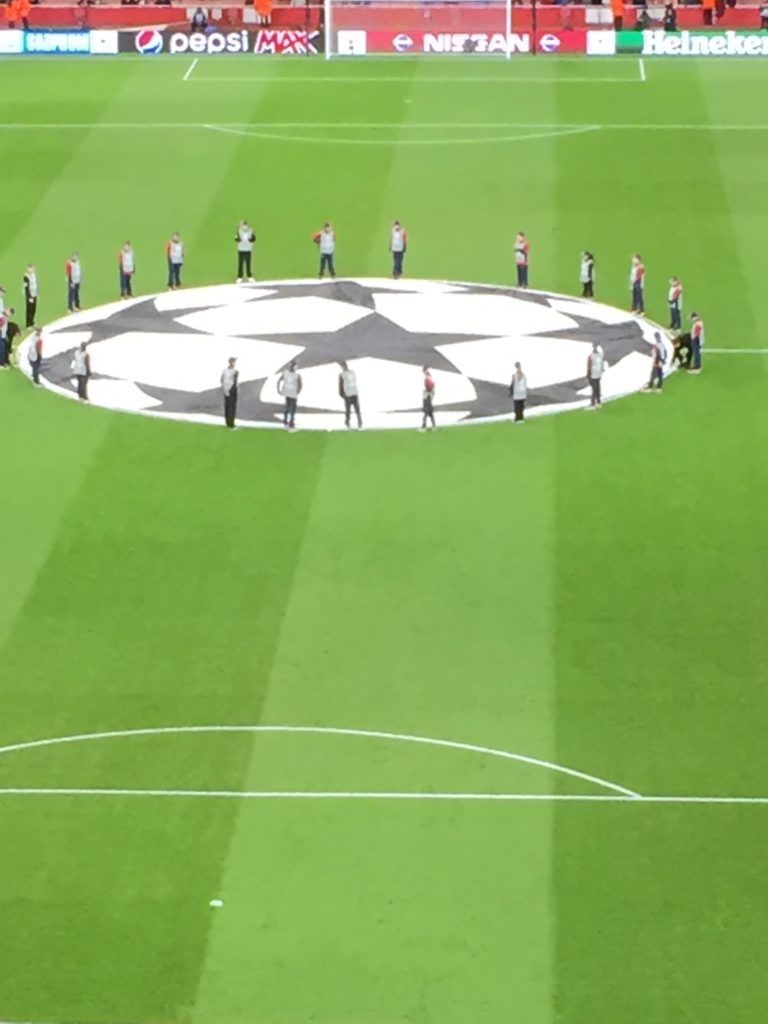 The famous emblem of Champions League football: are Benfica destined never to win the trophy again?

The last of those European Cup finals, in 1990, was played in Vienna, where Guttmann is buried. The greatest-ever Benfica player, Eusebio, prayed at his grave for the curse to be lifted. Evidently not yet. But these curses can stick around. In 1951, the county of Mayo won the All-Ireland Gaelic football final. The story goes that on their way home they passed a funeral cortege without slowing down to pay their respects. A curse was cast (by someone) that they would never win it again until every member of that team had passed away. Two members are still alive. They have since lost nine finals, including this year. Spooky or what? Anyhow, Benfica have now qualified for the last 16 of the Champions League again, despite losing 2-1 at home last night to Napoli, so maybe by early next June they will have rewritten their history. The odds are they have almost no chance. Just like Brexit and Trump, you might say.

Finally with football, as for England ever winning the World Cup again after what is now ’50 years of hurt’, I think the Cubbies may have provided the appropriate inspiration. I’d say that 108 years sounds about right for that, too. Or maybe 2074 is a touch optimistic?

70 thoughts on “FOOTBALL: SL Benfica and the great curses of sport”