FOOTBALL: The auldest of enemies

Yesterday saw Scotland play England at Hampden Park, Glasgow, in a World Cup qualifying match. England were in a strong position in the table and they still are after yesterday; Scotland much less so. England had only been beaten by Scotland six times in the last half-century and they still have – but only just. Having led 1-0 entering the last four minutes, England conceded two direct free-kick goals to Leigh Griffiths only for the new England captain, Harry Kane, to save a point for his team in added time. England are now two points ahead of Slovakia, Scotland six behind England.

The fixture is the oldest in international football, first being contested 145 years ago. Time was when it would be played every year as part of the Home Internationals which concluded the domestic season. That competition also involved Wales and Northern Ireland but the England/Scotland game, alternately at Wembley or Hampden, would always end proceedings. An increasingly cramped calendar and a feeling that the match had lost its lustre led to it fading into the history books except for the odd ‘friendly’ and when the two nations are drawn in the same group for an international tournament. Which isn’t often: this was England’s first competitive appearance at Hampden this century.

Certainly Gareth Southgate, the England manager, wasn’t taking the outcome for granted: a few days prior to the game he had taken his squad for a boot camp under the supervision of the Royal Marines. As for his counterpart, this near-win might keep Gordon Strachan in his post for a little longer, even if he is probably only one more bad result from the sack. 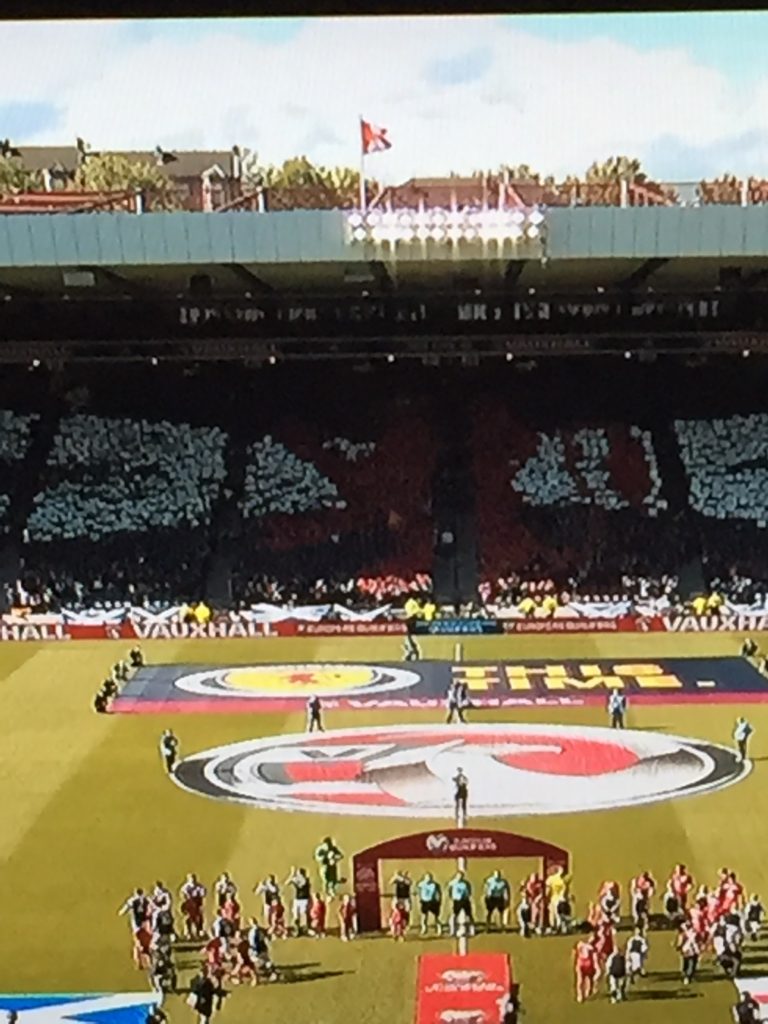 The only England/Scotland match I attended was as a young teenager at Wembley in 1967. I then lived in north Derbyshire and somehow, for some reason, my father got tickets. The picture on the home page here shows the two captains, Bobby Moore and John Greig, prior to kick-off. That match was bestowed with added significance well beyond the normal fervour because it was the first encounter between the countries since England had won the World Cup at Wembley the previous summer. As far as the 30,000 Scots who descended on London were concerned, this was their chance to become the unofficial world champions. This they duly did.

Inspired by their playmaker – not a term used in those days – Jim Baxter, Scotland won 3-2. They led 2-0 through Denis Law and Bobby Lennox before in the final ten minutes Jack Charlton pulled one back for England. Almost straight away, Jim McCalliog made it 3-1 and a very late Geoff Hurst goal for England wasn’t really even a consolation. (Although I was obviously supporting England, there was a consolation for me in the identity of the scorer of the third Scotland goal: as an avid Sheffield Wednesday fan I had been at Wembley for the other final of 1966 when Wednesday blew a 2-0 lead, the first of goal of which had been scored by McCalliog, to lose the FA Cup Final to Everton by 3-2.)

That was 50 years ago. Neither country looks anywhere near to winning the World Cup any time soon, even if for England things do look rosier than they do for the enemy north of the border. In South Korea earlier today, England won the Under-20 World Cup, beating Venezuela 1-0. That may not eradicate 51 years of hurt but it perhaps offers some encouragement for the future.