The term ‘derby’, of course, has its origins in horse racing. The first Derby was run at Epsom Downs, as the race still is today, in 1780. If the word is most properly associated with racing, it has also come to be used in football to describe a match between local rivals. Thus there is the Manchester derby between United and City. More bizarrely, in Italy they have the derby d’Italia between Juventus and Inter, on account of respective former pedigrees dating from when they were the two undisputed powerhouses of Italian football and hailed from the country’s wealthiest cities (Turin and Milan). Sometimes this does get a  bit silly, as in the A52 derby between Derby (sic!) and Nottingham Forest and the M23 derby between Brighton and Crystal Palace. But for sure Arsenal v Tottenham Hotspur is the North London derby.

(By way of a lovely aside, legend has it that when plans for that first Derby at Epsom were underway in 1779, it was decided that the race would be named after either the Earl of Derby or Sir Charles Bunbury. When the former won the coin toss, the name was sealed. Otherwise the match I’m about briefly to talk about would have been described as the North London bunbury.)

This match was the Carabao Cup (the League Cup in old money) quarter-final between the Gunners and Spurs at the Emirates Stadium last week. In a league game 17 days previously, also at their home ground, Arsenal had beaten Spurs by 4-2, so revenge as well as the normal desire to win was in play for the away team and their fans. This time Spurs had way more fans, this being a cup tie, and this time the numbers of Arsenal fans included those who had specifically chosen to come to this game, rather than season-ticket regulars who stereotypically in the past have been accused of creating an atmosphere akin to a library. 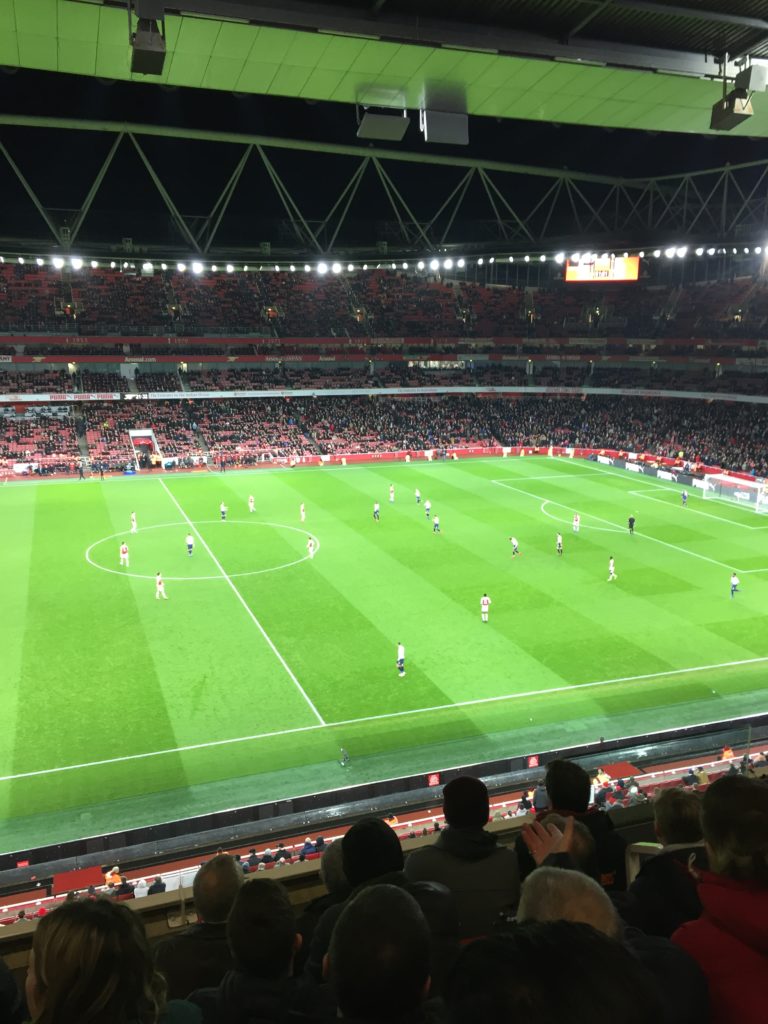 Arsenal came into this game having lost in the Premier League at Southampton on Sunday, which ended their run of 22 games unbeaten in all competitions this season. But this was to become two losses from two attempts. First goals are often critical, so who knows whether the outcome might have been different had Henrikh Mkhitaryan scored after 12 minutes when he was clean through with time to spare against the Spurs third-choice goalkeeper, Paulo Gazzaniga. He is a hugely experienced goalscorer whereas his opponent is a comparative novice, but the Arsenal player shot tamely, the Spurs ‘keeper saved expertly, and less than 10 minus later Son Heung-min, presented with a similar but probably more difficult opportunity, made it pay for Spurs.

Midway through the second half Dele Alli doubled the visitors’ lead and the game was effectively over. Some moron later threw a water bottle which hit Alli – “it made the goal a bit sweeter, and the win”, he said – but the Arsenal forwards could not find any similar accuracy. Meanwhile, the way things are going with the Tottenham redevelopment of their new stadium, it is not impossible that its official unveiling will coincide with the return Premier League game in early March. Whatever, the next Derby/Bunbury is likely to be a feisty affair.