FOOTBALL: The transfer window – trying to defenestrate the rubbish

Tomorrow it will all be over. The calendar will signal the end of August and the turning into September will mean that the party has ended for another season. (Sorry, until January, when it all kicks off again for another month.) Yes, the transfer window will have closed. I imagine several people at Sky Sports will need to be seeking treatment for severe withdrawal symptoms. All that forced drama. All that relentless car-stepping of millionaires. All those captions about ‘Sky sources’.

The sceptics, of course, think that much of the latter gossip is designed to boost the profits of Sky Bet by spreading transfer stories that started around the water cooler or perhaps somewhere rather more alcoholic, thereby attracting the dosh of punters who are rather too easily parted from it. Rumours may have been a famous album by Fleetwood Mac but for the last six weeks they have been the staple soccer diet of Sky and BT Sports, which is the case every summer as football stories display a distinct aversion for allowing cricket – or any other sport – to get a fair share of the headlines. Or any share at all.

I referred in my previous blog, about finance, to how the pound/euro exchange rate was having an impact on the proceedings in this most recent transfer window, the second summer one since the EU Referendum last year. I suppose in some respects the 2017 version is the first ‘Full Brexit’ model. Of course, some major transfers this time around have been between English clubs, such as Manchester United’s signing of Romelu Lukaku (pictured in the red shirt on the home page) from Everton, and featured no continental involvement, but that doesn’t alter the fact that these days the manner in which a particular football team is assembled attracts as much media coverage as the outcome of its matches on the pitch. 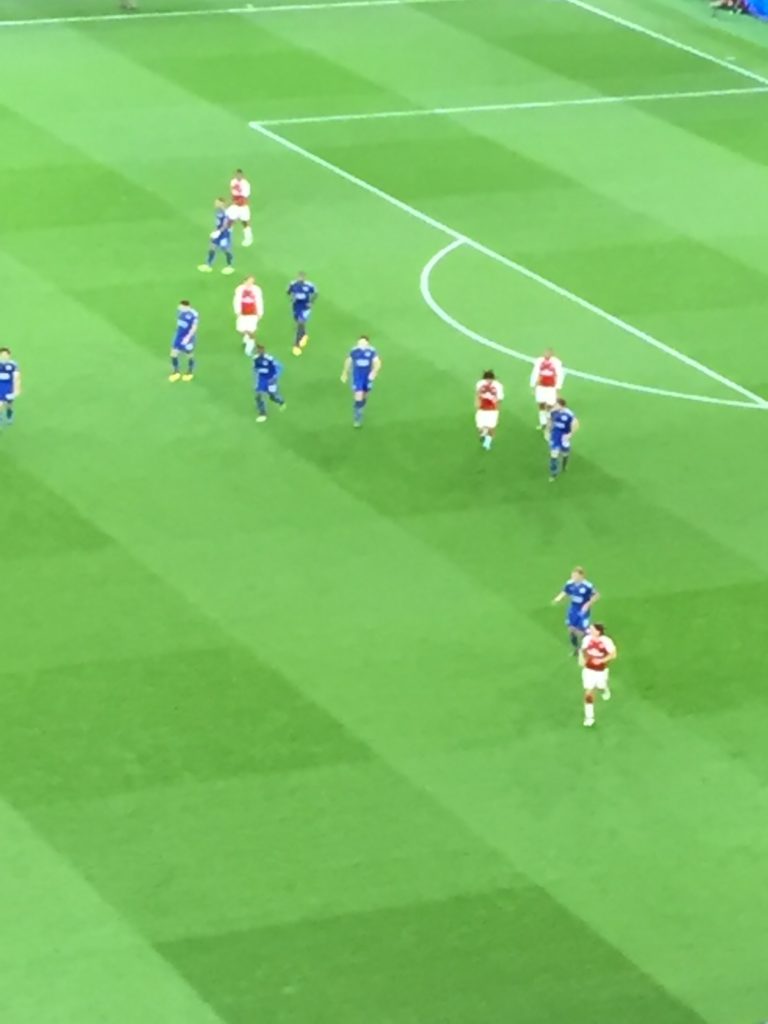 London mid-August, 13 Premier League footballers on view: how many will have moved by tomorrow?

Whether Alexis Sanchez is still an Arsenal player by this time tomorrow – or even at some point later today – remains to be seen; a bit like Arsenal’s defence at Liverpool last Sunday, come to think of it. After what happened to the Gunners at Anfield then I’d put no money on no money being spent between now and tomorrow on attempts being made to reinforce that defensive line, pictured here being hopelessly outnumbered by Leicester City players a couple of weeks previously.

In sum, though, the summer-long football-transfer saga is mostly gossip laid upon lies based on rumours founded on bollocks. There’s an old American saying about even a blind pig finding an acorn eventually. (Or something like that.) Similarly, if you write enough stories about a star player leaving a top English team for Real Madrid or Barcelona, one of them surely has to turn out to be true one day. Doesn’t it? I mean, even if Philippe Coutinho doesn’t swap the ‘Pool for Barca by the end of today, he still could be off in the New Year sales.

86 thoughts on “FOOTBALL: The transfer window – trying to defenestrate the rubbish”