FOOTBALL: The World Cup Final – France finish with a flourish

France beat Croatia 4-2 in this year’s World Cup Final in Moscow, the second time they had won football’s grandest prize in the past 20 years. Their first goal was an own-goal from a free-kick that should probably have not been awarded and their second came from a penalty which, despite the referee being assisted by VAR, was perhaps as dodgy as any even given. Their two second-half goals were terrific, however, and at 4-1 up they could afford an absolute howler from goalkeeper Hugo Lloris which enabled Mario Mandzukic to become the first player to score at both ends in the biggest match on earth. But then I’m telling you something you already know. Of course you watched it. 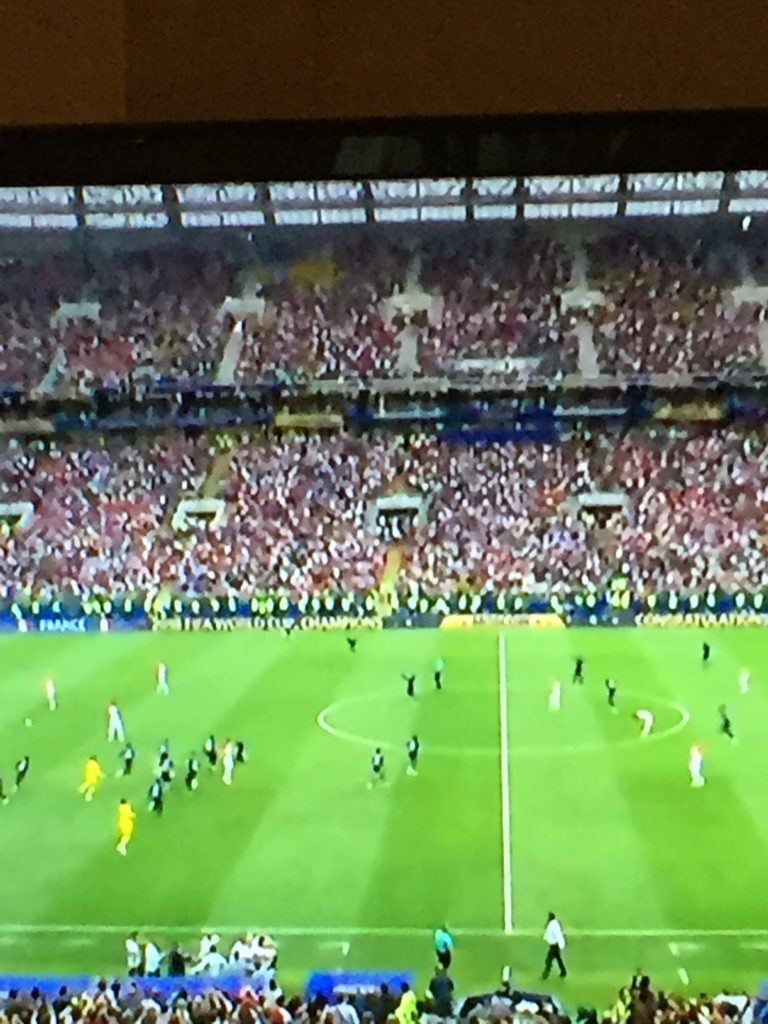 Regarding the ‘World Cup Fever’ in the press, especially while it seemed possible that England might win it, it was interesting to read a piece by Andy Bull. After England won the 1966 World Cup by beating (then West) Germany on the Saturday, the Monday edition of The Guardian, for whom Bull now writes, ran a mere two-thirds of a page abut the game – yes, about that previous epic 4-2 triumph! – on the sports pages. Also given commensurate space were an athletics meeting, a tennis match between England and Ireland, a county cricket match between Hampshire and Derbyshire, the Lions playing a rugby tour match in New Zealand, and two international golf events – both amateur, one of them for women. Bull noted: “The match only just made the front page [of the paper], in a single column down the left-hand side, all about how the players would share a £22,000 bonus despite the [Harold] Wilson government’s wage freeze. The lead story was the latest development in the Nigeria coup d’état.” This wasn’t some weird anti-football ‘lefty’ thinking; a racy tabloid of the day, The People, only gave England’s victory the back page. It being a big-print tabloid, that wasn’t a lot. Imagine now, a World Cup Final, an even bigger event than the Great British Bake-Off, being contested between two countries who had been fighting World War II until 21 years previously and it getting less coverage than who has just been exited from Strictly Come Dancing. (Having said that, which would be way odder today, North Korea took part in that World Cup and made the quarter-finals! And that is not fake news!)

Bull added: “Skip ahead a generation and England’s defeat by Germany in the semi-finals [in 1990] shared the top billing [in The Guardian] with a story about the poll tax. Inside, the match coverage filled a single page, the same as Goran Ivanisevic’s run to the Wimbledon semi-finals and only a little more than the news that Phil de Freitas wasn’t going to play the third Test against New Zealand.” Last weekend, The Guardian produced a large-size 16-page supplement – featuring players, fans, the manager and inflatable unicorns –  and that was to mark the fact that England had lost in the semis again, not won the thing.

Plus ça change, as the French say in a slightly different context. Oh well, maybe in Qatar in four years time…no, just forget about that notion.

59 thoughts on “FOOTBALL: The World Cup Final – France finish with a flourish”