So Liverpool are the Premier League champions; they have won their first league title since 1990, their first-ever of the Premier League era. Their clinching of the crown was confirmed with Manchester City’s defeat at Chelsea last night but this is a title they have inevitably been going to win since…well, certainly since they beat Manchester United 2-0 at Anfield on January 19. At that stage of the season, with 16 games to play, the Reds had played 22 games in the league and won 21 of them, only being denied all three points in the earlier reverse fixture against United at Old Trafford in October. They looked unstoppable and indeed the only thing to threaten their treasured triumph was the coronavirus. Football isn’t the most important thing in the world at any time, and certainly not compared to the deadly effect of a global pandemic, but thank goodness Liverpool being declared the champions won’t now go down in the record books annotated with an asterisk.

Of course, under the new protocols which govern the way football is played at present, there were none of Liverpool’s famously fanatical supporters at Anfield on Wednesday night to see them beat Crystal Palace 4-0, which took them to within two points of their target. In their previous home game, against Bournemouth in front of their fans on March 7, Liverpool had won their 22nd consecutive home match, a new top-flight record. That indicates the relevance of their Anfield support. The Premier League record for the most number of points earned in a season is 100, set by Manchester City in 2018. Liverpool presently have 86 and they have seven games to play, including a visit to City on Thursday. Win them all and they would have returned an astonishing 107 points. You can be sure City will be doing their bit to try to stop that happening. As of this morning, Liverpool sit 23 points clear of City in second place. The record margin for winning the Premier League is 19 points, achieved by Man City two years ago. All told, three teams have won 18 of their 19 Premier League home games; with three more games to come at Anfield, Liverpool could sweep the lot. And five wins from their last seven overall would see them pass City’s record of 32. As it is, the championship has been claimed with seven games to spare. The previous record was five. This has been history-book stuff. 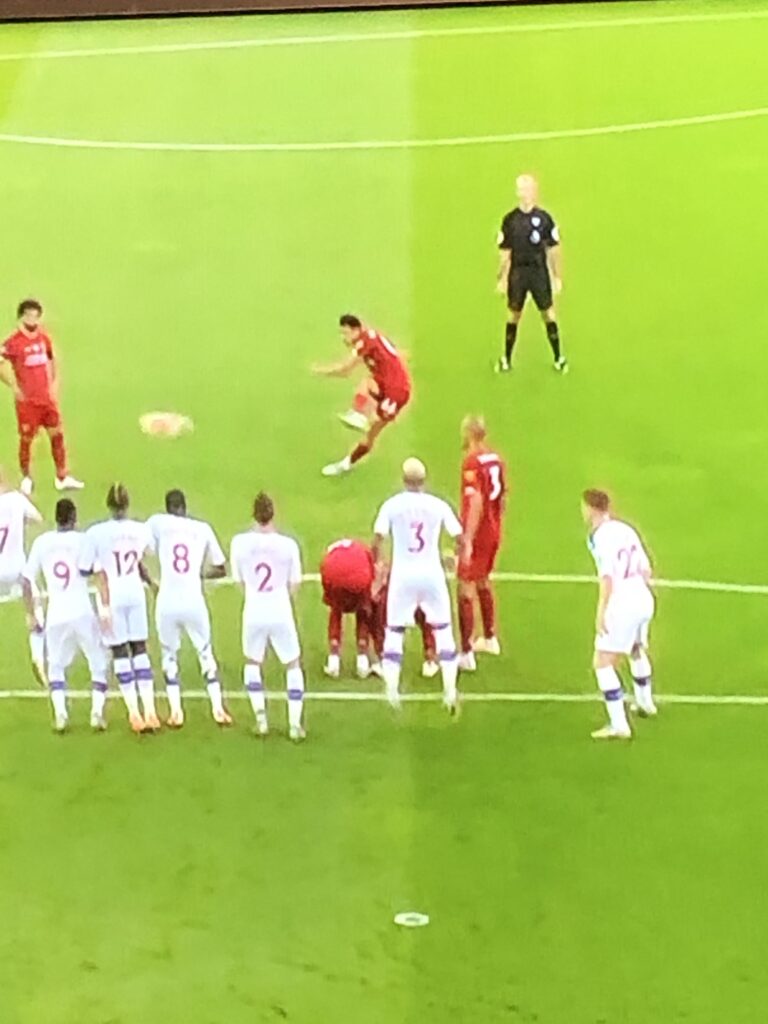 Back in December, incidentally, when most people had never heard of Wuhan, Liverpool became the world club champions. Their fans may not be able to watch them live right now but this has been their season of dreams, although it had latterly not been all upside. Liverpool’s shock 3-0 defeat, their only such reverse in the league campaign to date, at Watford in February ended their hopes of emulating the Arsenal ‘Invincibles’ season of 2004, and indeed it halted them five matches short of Arsenal’s record of 49 Premier League games unbeaten. In fact, before Covid-19 caused the season to be postponed in mid-March, Liverpool had lost four of their previous six games in all competitions, with talk of a treble to match that of Man United in 1999 collapsing with defeat at Chelsea in the FA Cup and exit from the Champions League at the hands of Atletico Madrid, who shockingly turned a 2-0 extra time deficit – at Anfield! – into a 3-2 overtime victory in a match played out before a full house when, given the virus situation, there really should have been no spectators there.

Liverpool’s astonishing campaign has been overseen by their charismatic German manager, Jurgen Klopp (shown on the home page), who almost invariably says or does the right thing. One imagines he was displeased in March with the decision of the Liverpool board to decide it was proper for a multi-million pound business to take advantage of the government scheme to furlough workers; much happier when on April 6 the club reversed that decision. After the thrashing of Palace, he said: “I don’t think the game could have been better. The boys played like everyone was in the stadium. I liked the game so much: 4-0 up in the 87th minute and four of our players chasing a Crystal Palace player like he has the only ball in the world.”

Other reasons apart, such as a wealths of talent, that’s why they are champions – and champions this season by a very long way.