Let’s talk a little about China. Not that I’ve ever been there and this is the first year since 1975 I have not been outside the UK (actually, in these Covid-restricted times, not even outside England) and the probability has to be that will remain the position come December 31. Other issues aside, while I enjoy jokes about quarantinis and locktails as much as the next non-teetotaller, I would prefer not to be legally sequestered for a fortnight just because I’ve had a few days of fun in France. I guess if you’re going to go for it you may as well take a long holiday first, effectively to justify the price of paying for your vacation with a dose of quarantine. I know that is not going to happen in 2020.

So, China. You will have noticed that it has latterly gone from being the global power with which we would have a mutually fabulous economic and cultural relationship into instead being an international pariah. First Huawei is going to fast-track us all on to 5G; then it’s told to take a hike. Next TikTok (it’s logo is on the home page), a video-sharing social networking service owned by ByteDance, a Chinese technology company, is banned from the US and is facing regulatory hurdles here. The problem is that, under Chinese law, companies based in that country have no choice but to co-operate with the government if it should request them to do so. In an age of abundant of personal data swilling around in the ether, one can see why non-Chinese governments might not be eager to encourage supranational interactions that leave a potential scenario for Sino-supremacy. 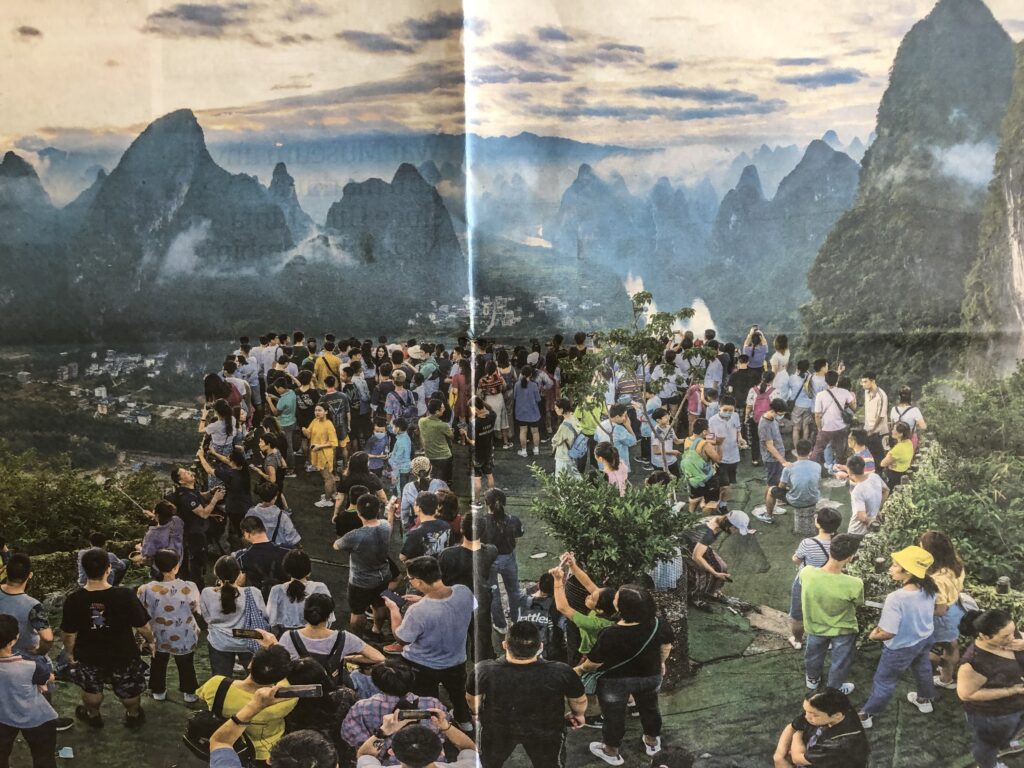 Appropriately rumpled, perhaps?…tourists and locals enjoy the view from Xianggong mountain in China

Given the current row in this country regarding our government’s confessed intent to breach international law regarding the Brexit Withdrawal Bill, it perhaps ill-behoves us as a nation to criticise the Chinese government for its apparent haste in bringing Hong Kong under its autonomy significantly sooner than envisaged under the terms of the treaty by which the UK relinquished its administrative powers over the colony in 1997. Still, it was shocking last week to see images of a 12-year-old girl in Hong Kong being attacked by several armed police officers. Her ‘crime’ was that of going out to buy some materials in order to do her homework.

And while I haven’t been to China and won’t be doing so, this is not relevant to the fact that China itself is certainly getting out and about. Covid-19 has not been its only export in the past 12 months. It has made enormous investments in Africa in particular over recent decades, the most recent one reported in the British press being the likely granting of permission for it to begin mining for coal in a notionally environmentally protected area of Zimbabwe. Over time, China has gradually replaced the United States as the major player in developing projects in third-world countries. As someone once put it: “To get a group of American workers to spend six months in Nigeria, you need to give them cold beer, sports TV and a lot of money. To get the Chinese to do the same, you only need to incentivise the government to order its people to go there.” ‘Tis a tangled web we weave.