Yes, it’s Greece again! Following on from my trip to the Peloponnese in February, this time it was a family trip to Corfu. (Or Cor-Phew, as I’m guessing some headline in The Sun has written it in the past.) Located in the Ionian Sea, it’s a beautiful place – notwithstanding that it seems to have some issues regarding refuse collection and recycling – and it’s small enough that you can enjoy a great deal of it in a comparatively short holiday. We hired a car and some of the roads are, should we say, interesting. 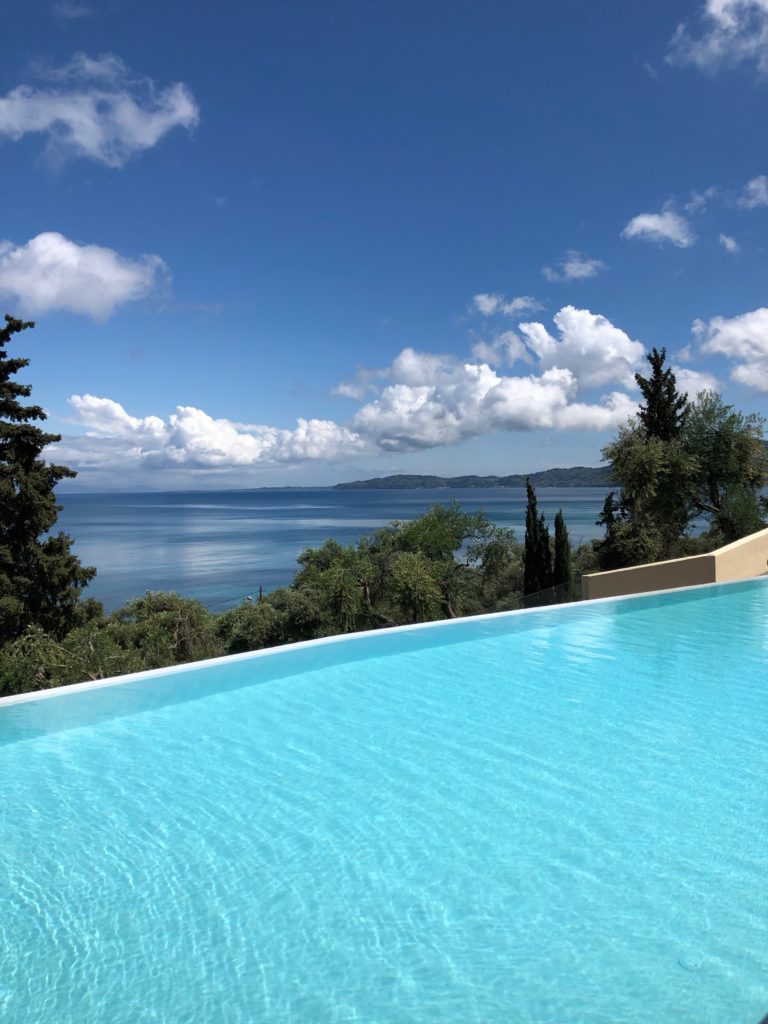 Greece is famous for its shades of blue: this a view from the pool at the hotel we stayed at near Benitses

One of the destinations the car took us to was Corfu Old Town, a very attractive place with hints of Britain, France and Italy in its architecture and ambience. For example, the old fortress (shown below) was constructed during a period when the Venetians were in charge of  the island and decided the job the Byzantine Empire had done wasn’t up to scratch. The views from the top, above the town and across the sea towards Mount Pantokrator (a bit like smaller version of Table Mountain in Cape Town), are spectacular. Afterwards, we had lunch at the nearby Corfu Yacht Club. Well, the Greeks are very big on shipping! 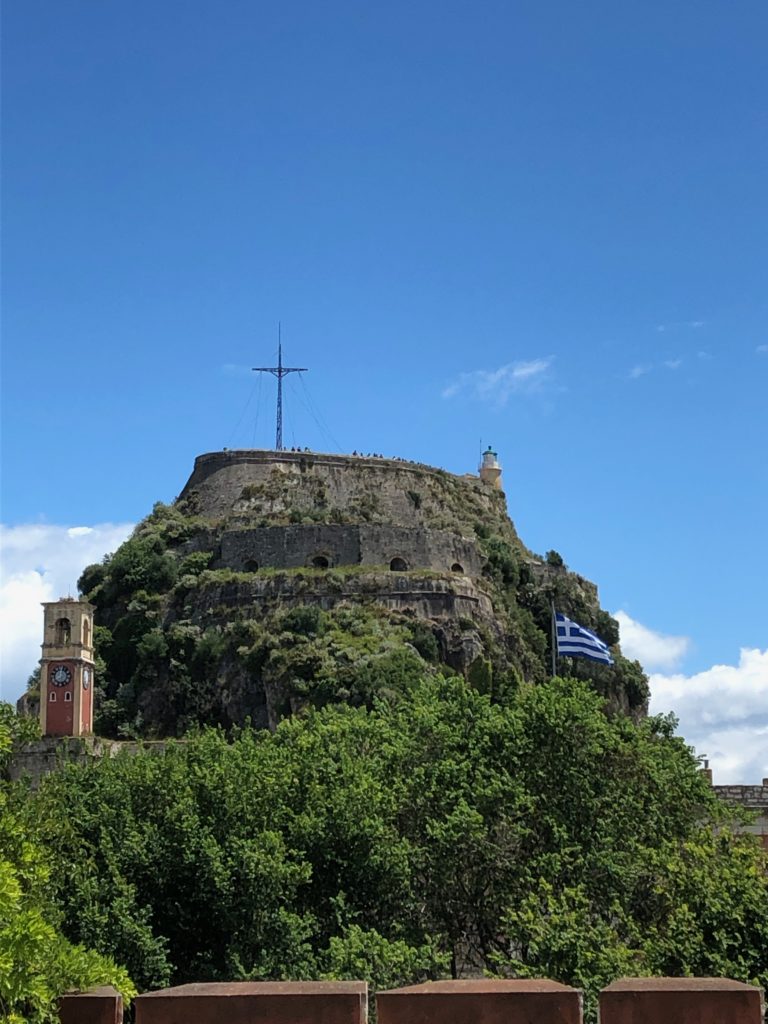 A yacht club, of course, sounds a very British institution. Elsewhere, some of the more stately buildings in town are reminiscent of British mansions, mixed in with the restaurants and tavernas, the shops and museums, and sundry evidence of Corfu’s cosmopolitan history and evolution. You are definitely in Greece but the eclectic influences can be pleasingly confusing. 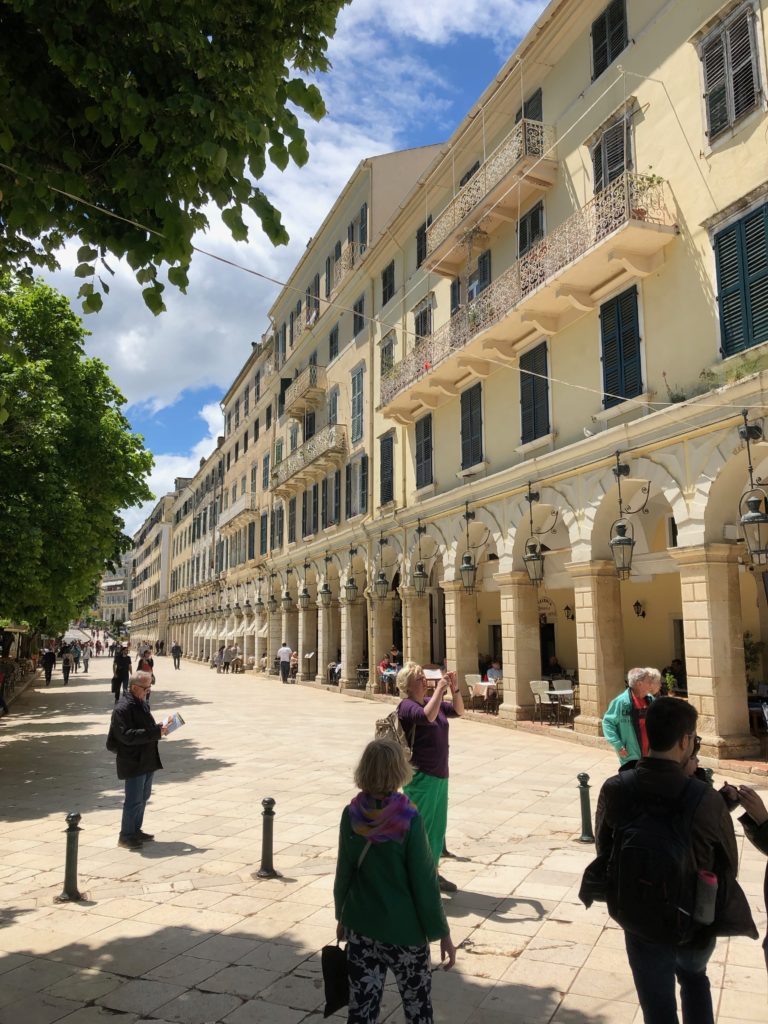 This glorious terrace, known as the Liston, was modelled on the mega-glamorous Rue de Rivoli in Paris

The second half of our stay on the island was in the northeast part, which is more rugged and mountainous, around the area where the BBC TV series The Durrells was shot. We were staying in Agios Stefanos. which gorgeous little town is shown on the home page, with the Albanian mainland in the background. We didn’t make an excursion to Albania (though it’s apparently only 30 minutes on the hydrofoil from Corfu harbour) but in a way Albania came to us. You need to be wary of this one; your mobile might think it is in fact in Albania. Play it wrong and you might find yourself paying roaming charges you hadn’t been expecting, what with Greece being in the EU and Albania not. (We, of course, are in until we are out.) 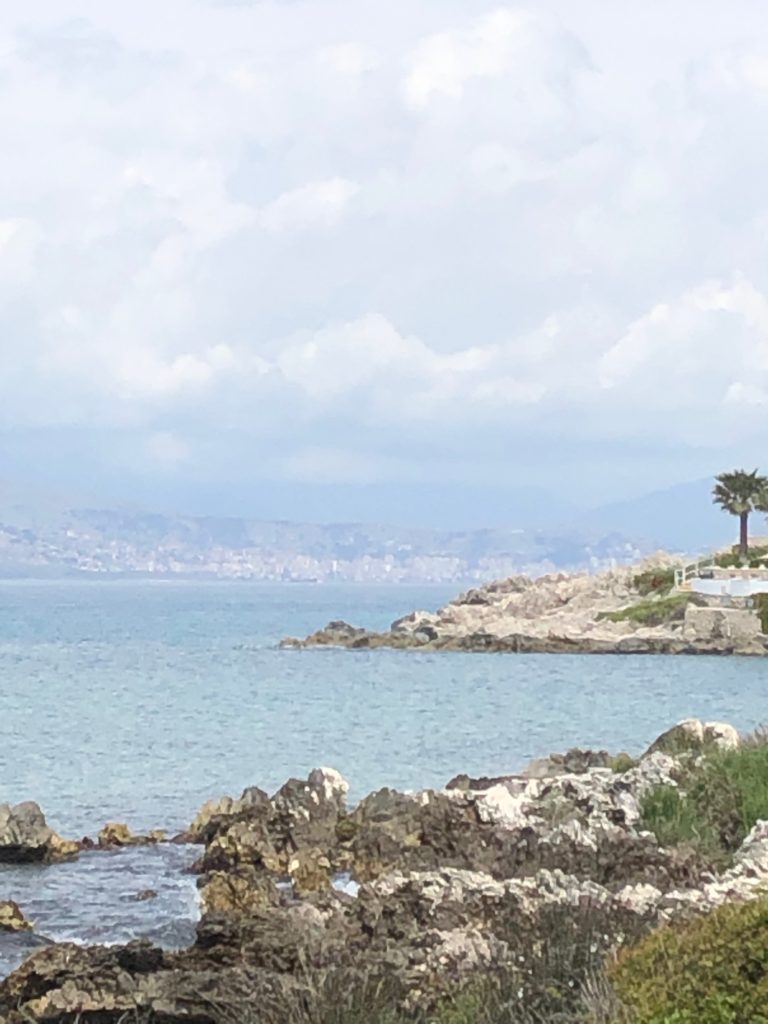 Lunch at a beachside taverna just outside Hydropolis, with the Albanian town of Ksamil in the distance

Overall, the holiday was fabulous. And compared to the costs of stuff in the UK, Greece is marvellous value for money – something one doesn’t have to visit the Ipsos bar signposted below in order to discover… 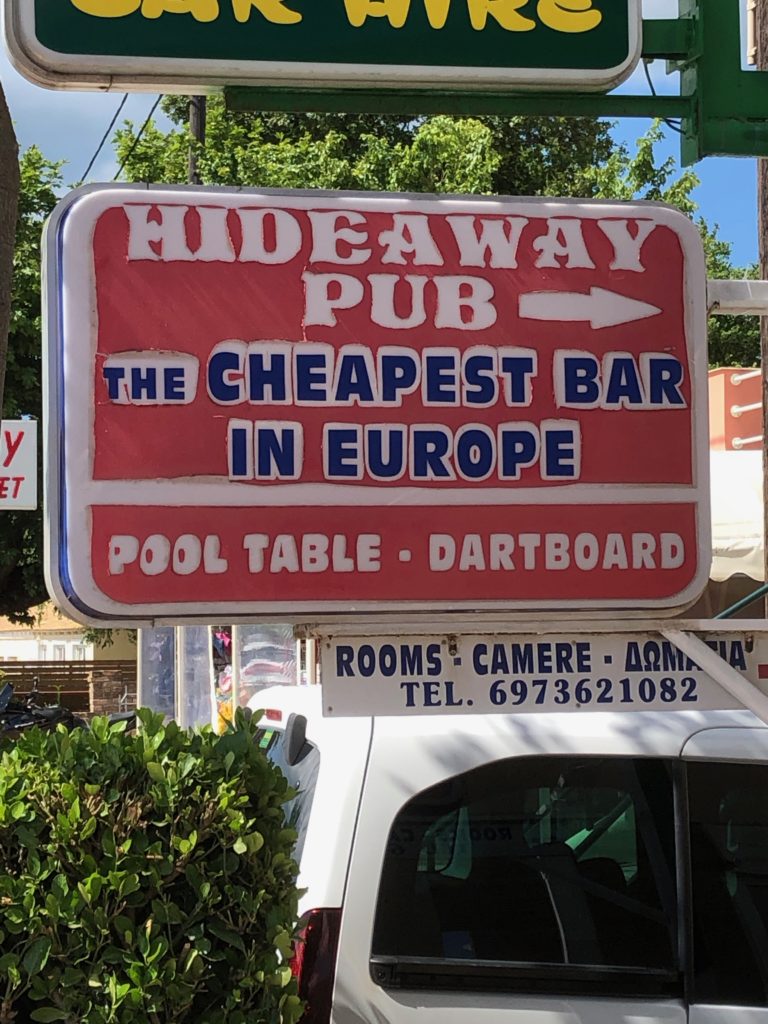 86 thoughts on “FOREIGN: An Ionian idyll”