FOREIGN: Beautiful Bermuda – not only for the boating

This summer is likely to see a great deal of media attention devoted to the small Atlantic island of Bermuda. It will be staging the 35th America’s Cup competition, in which the former multi-gold winning Olympic sailor, Sir Ben Ainslie, will be leading the British effort. The major event in international sailing, it will feature six teams racing along Bermuda’s Great Sound, which (so says the press release) itself is a magnificent natural amphitheatre with a backdrop of islands and beaches.

I can readily believe it’s gorgeous. Bermuda is gorgeous. Its highest temperature has never reached 100 degrees Fahrenheit and its lowest has never been below 40. How’s that for a climate? It doesn’t have snakes. How’s that for exotic non-wildlife? More importantly, it essentially doesn’t have poverty. The general standard of living is one of the highest in the world. While the Caribbean is wonderful, too, there are many parts of many islands there that you’re very grateful you don’t have to inhabit. That’s not the case here. 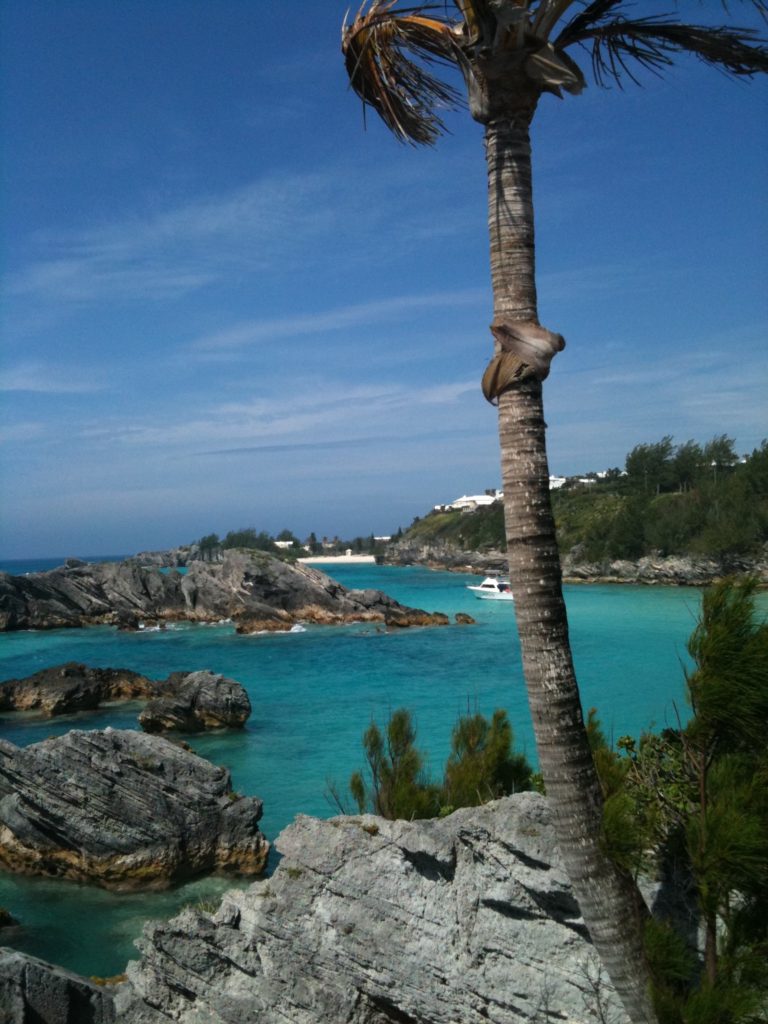 One of the times we went as a family to Bermuda, we were unlucky enough to be caught in the fall-out of the fall-out from the eruption of the Icelandic volcano, Eyjafjallajoekull. (Now there’s a name that trips nicely off the tongue.) Sorry, that’s a typo – I meant to say we were lucky enough to be caught up in the fall-out fall-out. This was in April 2010 and for a few days all transatlantic flights from the UK were cancelled because of the amount of volcanic ash spewing into the air, which meant there was a substantial risk that small particles of rock, glass and sand might cause aircraft engines to seize up. Consequently, we had to spend an extra four days on the island at the expense of our insurance provider and the airline. Never before or since have I been happy to hear news that our flight had been cancelled. Literally, a free holiday. 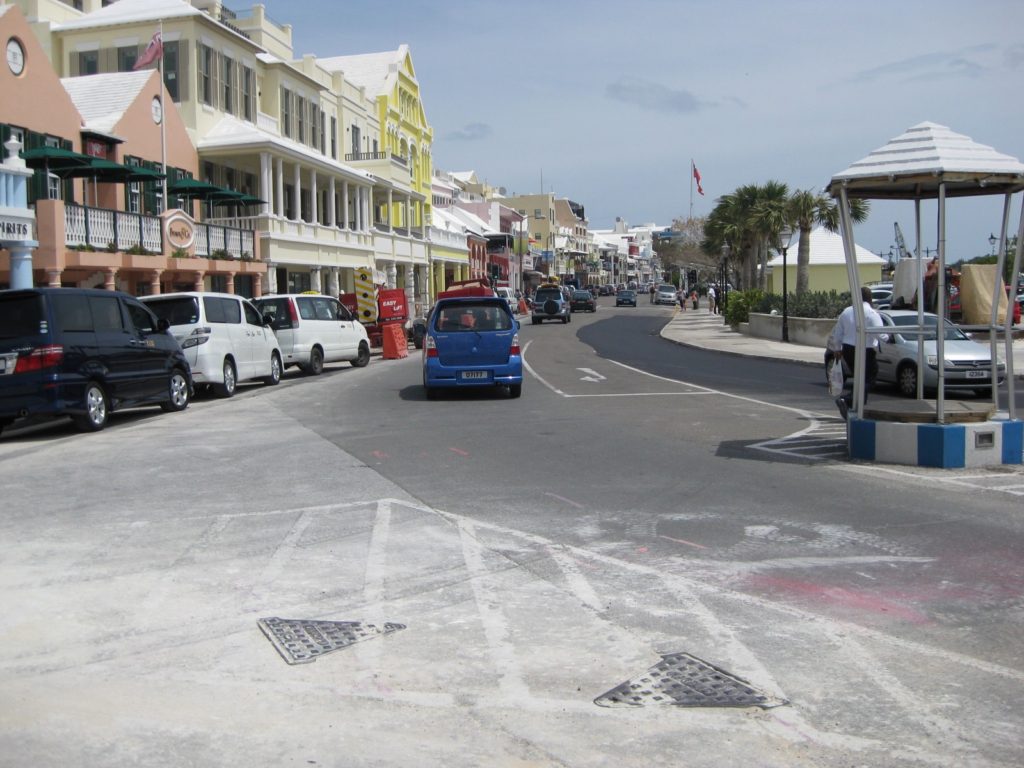 Unless you are a resident of the island you can’t drive in the capital, Hamilton, but doesn’t it look dinky?

There’s one question you don’t have to consider when you visit Bermuda: to hire or not to hire? Only residents are permitted to drive, so there are no rental cars. This means that aside from the reinsurance business (whatever that is) and other financial-related operations, being a taxi driver is one of the more popular jobs. Our sons thought we should consider emigrating and that would become my occupation; they would seek employment chasing seagulls off the greens of the golf courses, which are also wonderful. The notion certainly had its appeal but we decided not to go for it. 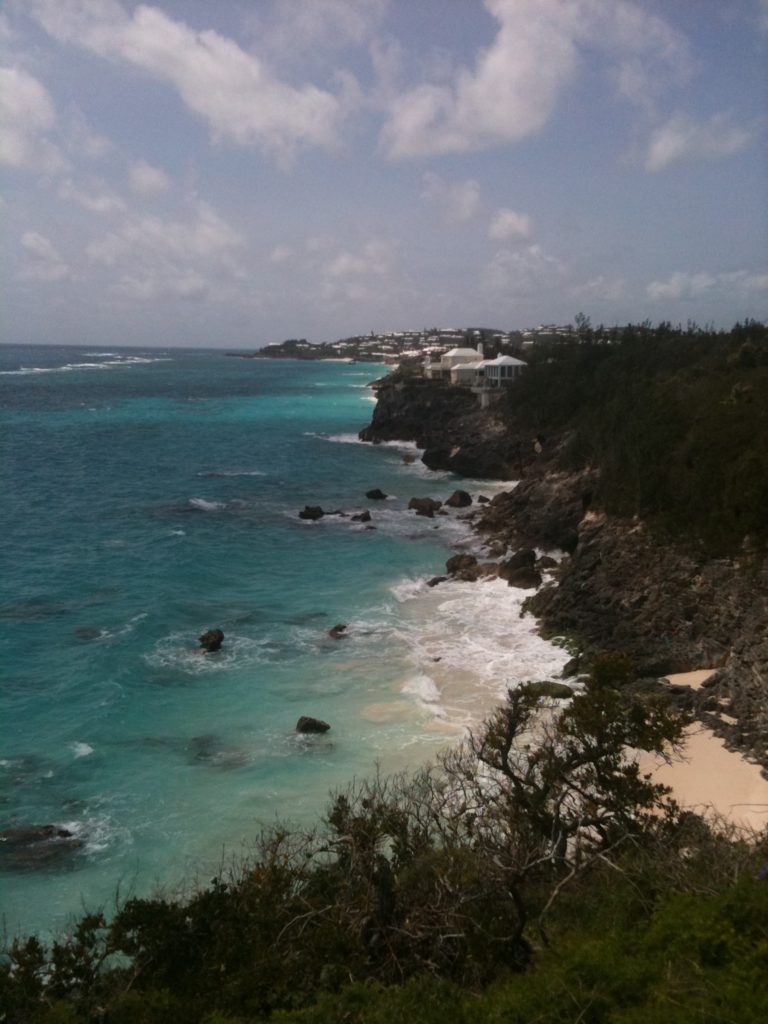 A view of the ocean from the Mid Ocean Club golf course, one of the greatest old layouts in the Americas

Anyhow, in a few months time, the America’s Cup will be over and Bermuda will return to normal. Which is gorgeous.

383 thoughts on “FOREIGN: Beautiful Bermuda – not only for the boating”