In November, my wife and I returned to Antigua. It looked as good as always (as you get an idea of from the photo on the home page). We did quite a lot of what we had done before but we also did what we had missed out on previously – a trip to English Harbour and Shirley Heights.

English Harbour is a beautiful, natural phenomenon in the south of the island. The settlement takes its name from the nearby harbour in which the Royal Navy established its base of operations during the 18th century. The extraordinary setting guaranteed safety for its ships from bad weather and from pirating adventurers from France or the Americas. Fort Berkeley was built on a spit across the harbour entrance in 1704 in order to defend it. By the end of that century, Antigua and Barbados were the only Caribbean colonies remaining under British control and the sugar harvest was considered a vital resource. These days, the cane has been replaced by tourism as the chief driver of the economy.

And these days English Harbour is a major international centre of boating, especially yachting. There are two sheltered deepwater harbours; English Harbour and Falmouth Harbour. Work on building Nelson’s Dockyard began in the 1730s. Then it was all about looking after British ships. Today it’s about (mostly) British tourists. There was no gunpowder plot in Antigua but just across the water from the dockyard is a very nice brasserie that rejoices in the name of Boom. 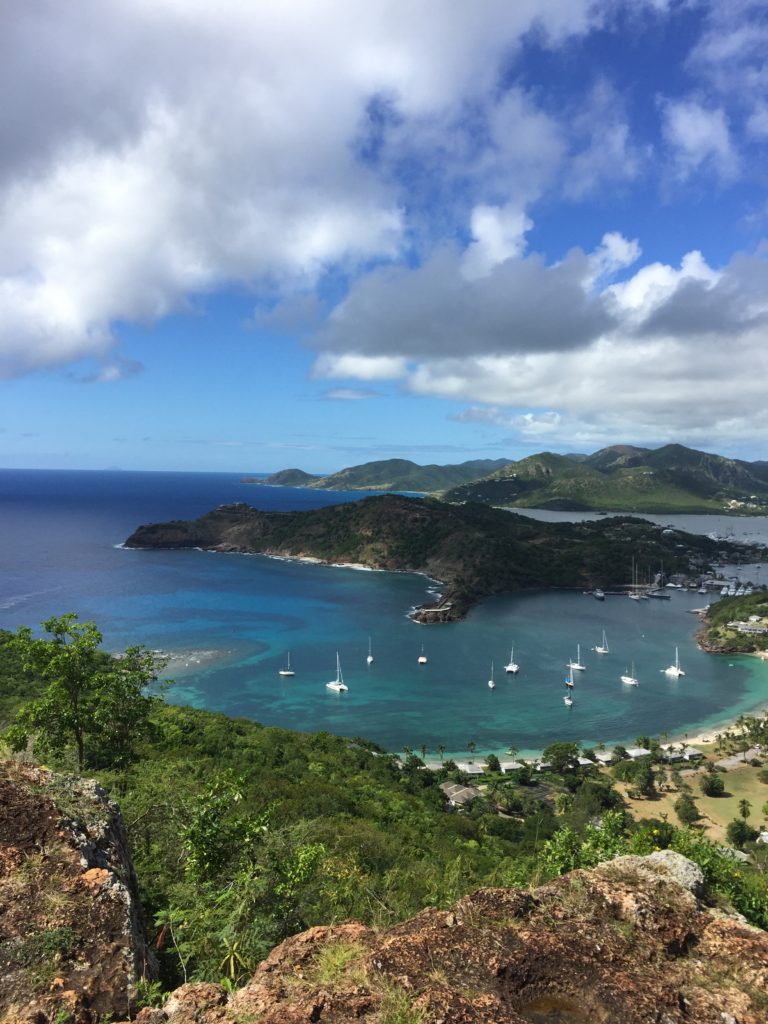 English Harbour is a magnificent natural site; in the past a haven for the navy, now a magnet for tourists

The military complex at Shirley Heights, perched high above the dockyard, is not named for a woman but after Sir Thomas Shirley, a governor of the Leeward Islands. Shirley Heights offers breathtaking views over the two harbours and the dockyard – as you can see from the photos here – and a trip to it is a must-do. I can’t imagine why we didn’t before. BTW, a horse named after this place won the Derby in 1978. Shirley Heights was the last Epsom winner to be both the son of a previous champion (Mill Reef, 1971) and the sire of a subsequent one (Slip Anchor, 1995). How’s that for trivia? 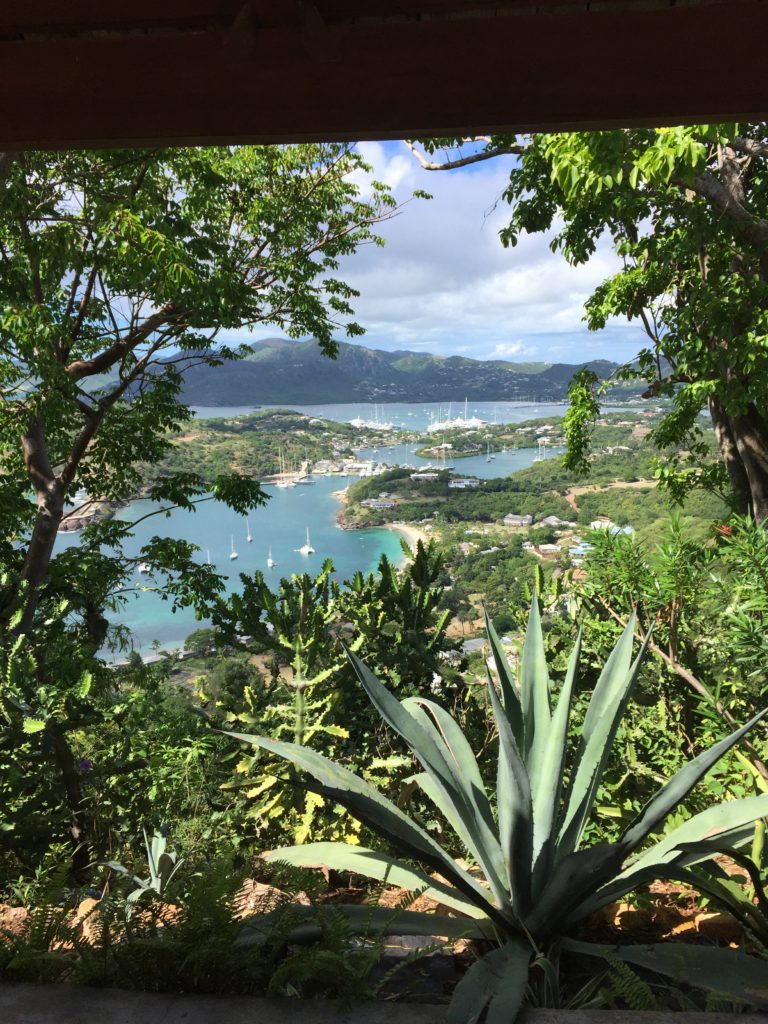 Like a postcard?: the view over English and Falmouth harbours from the cafe/bar atop Shirley Heights

Rather less trivial is a political/planning matter that is currently disturbing the inhabitants of Antigua’s ‘twin’ island, Barbuda. I say inhabitants but there are very few of those at present. The island, much the smaller of the two, was absolutely battered last autumn by Hurricane Irma and the residents had to be rehoused temporarily on Antigua. The prime minister of both Antigua and Barbuda is Gaston Browne, and many of the population have accused him of bludgeoning through planning regulations in order to deprive the natives of their residential rights, taking advantage of the devastation caused by Irma to lay waste to the buildings that were there so an airport can be constructed, along with a huge celebrity resort, costing around ¢250 million, that is backed by movie star, Robert De Niro. “It’s the location, it’s the people – it’s special,” the actor said. “The government is young and enthusiastic, so everything is aligned properly.” The alternative view is that everything is aligned improperly, and the government is more corrupt than enthusiastic. But then you’ve perhaps watched the BBC series, Death in Paradise. If so, you’ll know how these stories tend to pan out.

53 thoughts on “FOREIGN: Glorious panoramas but dodgy planning in paradise”