FOREIGN: In summer the Côte d’Azur is the Kingdom of Gold

The French Riviera is one of the most famous and alluring holiday destinations on the planet. But that is only half of it. Maybe not even half. From July 14, Bastille Day, it’s chief focus is on holidaymakers. That situation lasts until about the end of August. For the rest of time, there is business to be done. And in this part of the world, Cannes is the chief can-do place for that.

The Cannes Film Festival each May is a celebrated cultural occasion, renowned all over the globe. But even into the heart (and the heat) of summer, before it gets to mid-July, it’s business rather than punters that fills the beaches. (And the beach at Cannes is displayed on the home page.) Thank of it as a chic international business centre that just happens to be on the Côte d’Azur. 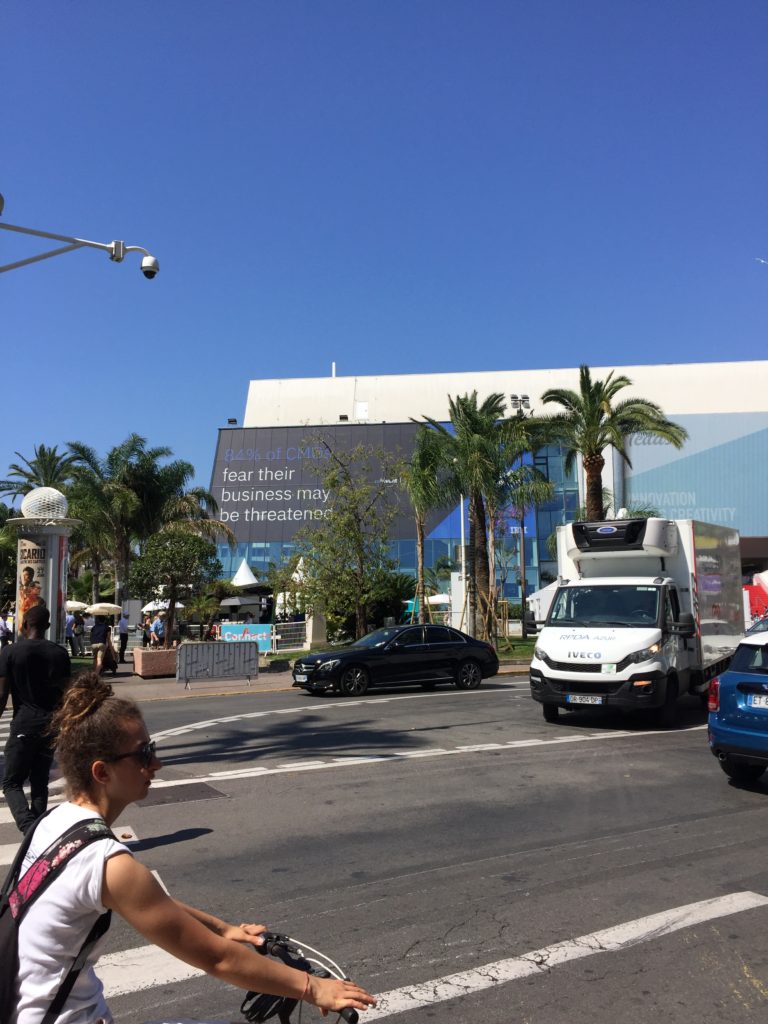 A threatening message on the facade of the main Palais at Cannes earlier this month; also, it’s in English

Instead of hawkers trying to flog fake-label handbags or cheap jewellery, last week was more a case of The Wall Street Journal being handed out inside packaging for a marketing company which had, taking in issues about ‘Return on Investment’ and ‘Return on Identity’, the quite nifty line: ‘In Cannes, Le Roi is King’. For this was the Cannes Lions advertising festival. Think of it as the Mad Men version of the movie boondoggle; no Harvey Weinstein but no doubt a surfeit of sleaze on display somewhere. But there was class, too. The Killers played a set for someone; Kylie Minogue did likewise for News UK (Rupert Murdoch’s company); Fatboy Slim spun his DJ table. There was very evidently a lot of stuff going on. 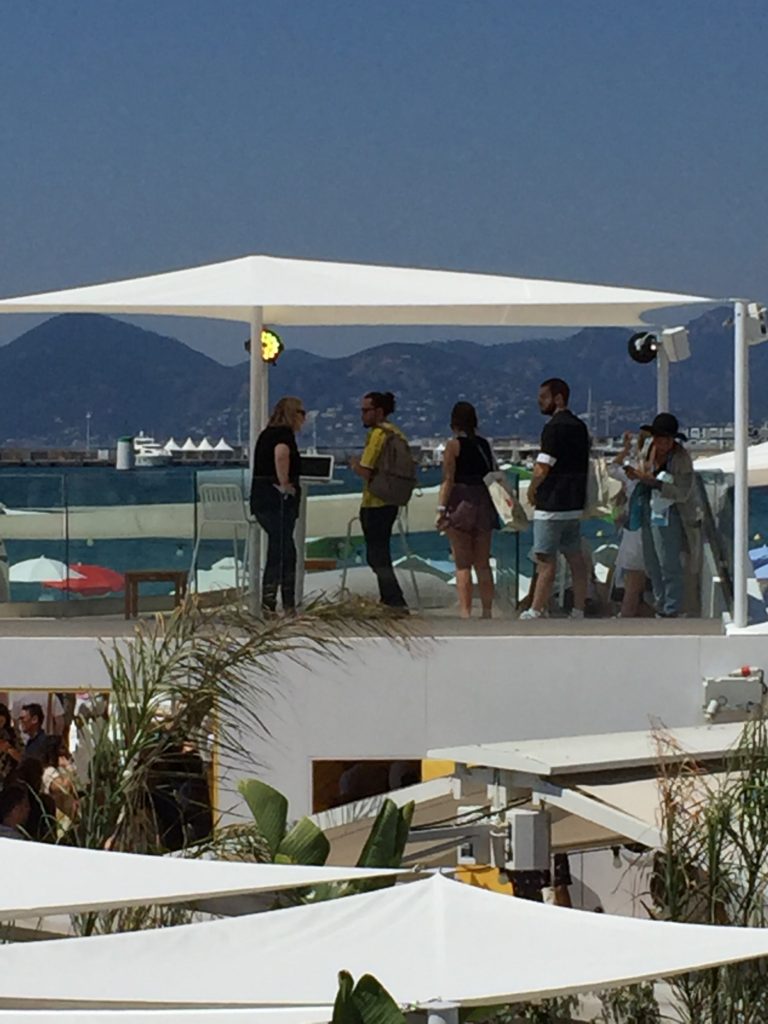 This show has been on the rue for decades but change has come to the advertising business as it has to everything. In this case, perhaps more so than it has elsewhere. Brian Morrissey, editor-in-chief of Digiday, an advertising industry website, told The Guardian: “All of my conversations here are around publishers coming to grips with the fact that they lost and that Facebook and Google won.” In the often make-believe world of advertising and PR, this is the truth that hurts. The ‘good old days’ have gone and they ain’t coming back. So what’s an old ad guy to do but have another pernod and hope it’s all gone away by the time he wakes up? But it won’t have. La Croissette and La Californie will remain part of Cannes, but the world has altered forever. Except the odds are that the Riviera will still be going strong long after newspapers have ceased to exist.

89 thoughts on “FOREIGN: In summer the Côte d’Azur is the Kingdom of Gold”