FOREIGN: San Sebastian – a place for all seasons

I think San Sebastian is one of the most gorgeous cities in the world. Located less than 15 miles from the corner of the Bay of Biscay, the non-Mediterranean point at which Spain meets France, it is readily accessible by air via either Bilbao or Biarritz. It is a small city (under 200,000 inhabitants) yet it combines an intimacy with both architectural splendour and cultural sophistication.

This is Basque territory; about 80% of the Basque country is in Spain, the remainder being across the French border. The Basque name for the city is Donostia, which could cause some confusion on the road-sign front but there are seldom language issues. English is pretty widely spoken, perhaps given the cosmopolitan aura of the place (and just as well given the shocking state of my Spanish).

San Sebastian is located at the mouth of the River Urumea, which bisects the main part of the city from that situated nearest to the sea. I have been fortunate enough to go there several times during the course of what I laughingly like to call my work, in all four seasons. It is glorious at any time. Recently, as I invariably do, I stayed at the Hotel de Londres y de Inglaterra (London and England; not just one of them – perhaps to avoid confusion with London, Arizona?), which offers a magnificent view of the bay of La Concha (‘the shell’ in Spanish), the shape which its curved coastline resembles. Yes, it is part of a city, but it is a truly beautiful beach, as depicted on the home-page photograph. As you can see below, though, the going can get rather rough at times. 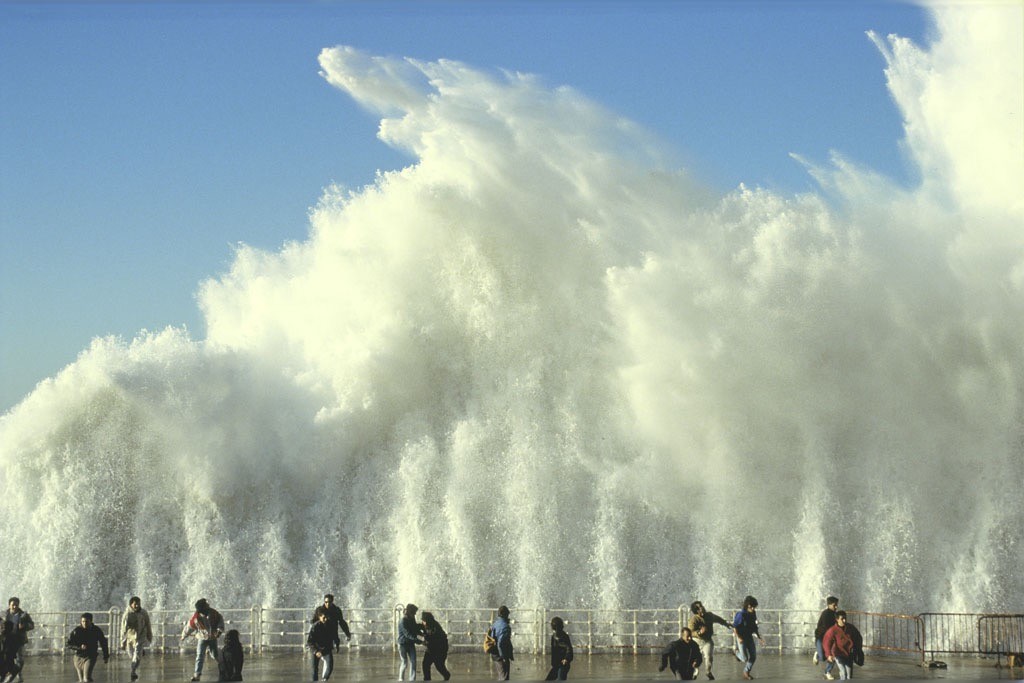 San Sebastian is on the Bay of Biscay, after all. Nobody said it was going to be like a millpond every day

In the heart of town, there is a classic cathedral in an elegant square and scores of attractive shops and boutiques. There are also scores of wonderful tapas bars – there’s even a Guinness pub, incidentally, which also serves spectacular food – but then in these parts the restaurant bar (pun is intended) is set pretty high. In the most recent S. Pellegrino rating of the best 50 restaurants in the world – I know, as listicles go, there could be little more pointless than this – San Sebastian has close to four in the top-20: two in the city (Mugaritz and Arzak) and another two within a 50-mile drive.

The city’s annual international film festival is esteemed throughout the movie industry and in some respects this might be an especially apt time to contemplate a visit to San Sebastian given that this year it is the European Capital of Culture. But whether it’s in 2016, 2017 or whenever, you should make the effort to get there some time, although ideally sooner rather than later.