One of the oddest things about the Oktoberfest, the world-famous Munich beer festival, is that it mostly takes place in September. If you’re thinking of attending  next year, the date for your diary is September 16, when the show kicks off with a parade through the city. By October 3, it’s all over, finishing with a flourish at noon with the traditional gun salute on the steps of the Bavaria Monument.

Anyhow, that’s next year’s beer. My most recent trip to Munich – I’ve been five or six times in total – was shortly after the 2016 festival had finished, although I wasn’t anywhere near a bier halle. In fact, I barely made it outside the airport. This wasn’t due to some disintegration on my part; merely that’s where the meeting was. (BTW, can one say one has been to a city if the airport is your only experience of it? I don’t think so, but if the answer is ‘yes’ than I can say I’ve been to Moscow. It was for a two-hour stopover on a Tokyo-London flight and all the shops were shut; there wasn’t even a Russian doll to be had.) 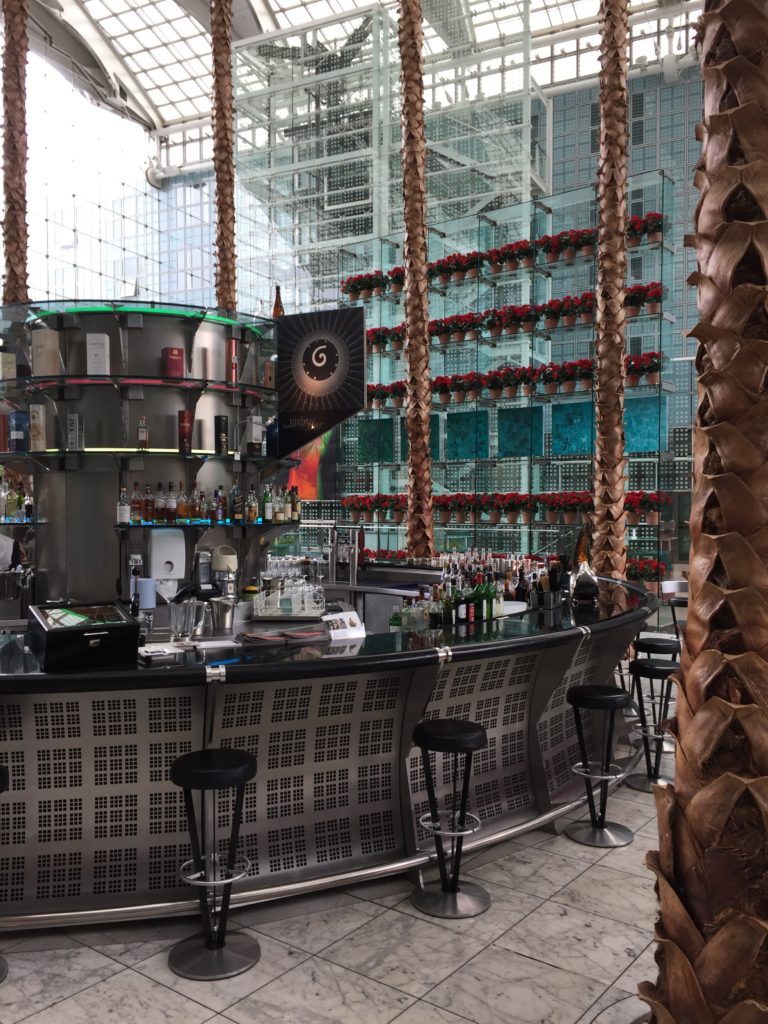 The restaurant was nice enough, as you can see, as was the meal even though, remarkably, no sausages were eaten. And in fact no beer was drunk (I’ll get to the alcohol in a moment), which is something of a rarity when one is discussing a visit to Munich, a truly captivating city. The image on the home page shows the Rathaus-Glockenspiel in Marienplatz, the city’s main square, which dates from 1908. The glockenspiel relates two anecdotal Bavarian stories from the 16th century and it’s quite amusing, as well as being pretty amazing. You’ll find yourself craning your neck in common with all the other sightseers, watching a tale that has been depicted down the ages.

In the ‘battle’ that is staged some 100 feet above your head, the Bavarian fighter always prevails. This is rather like the Germans tend to do in penalty shoot-outs, in fact, and like the pride of Bavarian football, Bayern Munich, tend to do when it comes to taking on their compatriots at the beautiful game. It’s early days but already they’re threatening to romp away with the German league title for the fifth consecutive season. Pep Who?

OK, so back to the meal. I wouldn’t say that my favourite white wine hails from Germany but Gewürztraminer is certainly right up there. With its utterly distinctive dry/sweet scent and its taste of lychees, with which it apparently shares aromatic compounds (although frankly I’m still waiting ever to read a wine review which suggests that the flavour is of something as prosaic as grapes), it’s a wine that can’t be mistaken for another – in a good way. I hadn’t had it in quite some while but it seemed absolutely perfect on this occasion. We had to raise a toast to the recent Oktoberfest, after all.