FOREIGN: Two rooms with a view

The E.M. Forster novel, A Room With A View, was written over a century ago. The film version provided an at-times beautiful portrait of Florence, the gorgeous Italian city in which it’s set. On the home page here is a rather gorgeous photo of the city, showing the Ponte Vecchio in winter. The world-famous bridge, which spans the River Arno, was first referred to pre the year 1000, so it is pretty old. It even has shops on it; what a spectacular place on which to buy things!

Talking of things, the thing is I had vowed I’d write another ‘Foreign’ blog before the end of this month but I haven’t been anywhere in ages. (A situation that should change fairly soon.) So I raided my photo files and came up with two Spanish shots that brought back some good memories. Below is a photo from the balcony of a room at the Hotel Real (Royal) in Santander on Spain’s Bay of Biscay coastline. It was taken during the time I was there in October 2013 for the shooting of the film Seve, the story of Severiano Ballesteros, the golfing prodigy who was raised across the bay you see here in a village called Pedrena. For the avoidance of doubt, this was not my room, which was a very much more humble affair in a different hotel. This was the producer’s room – as you might have guessed! I suppose that’s the movie business for you? 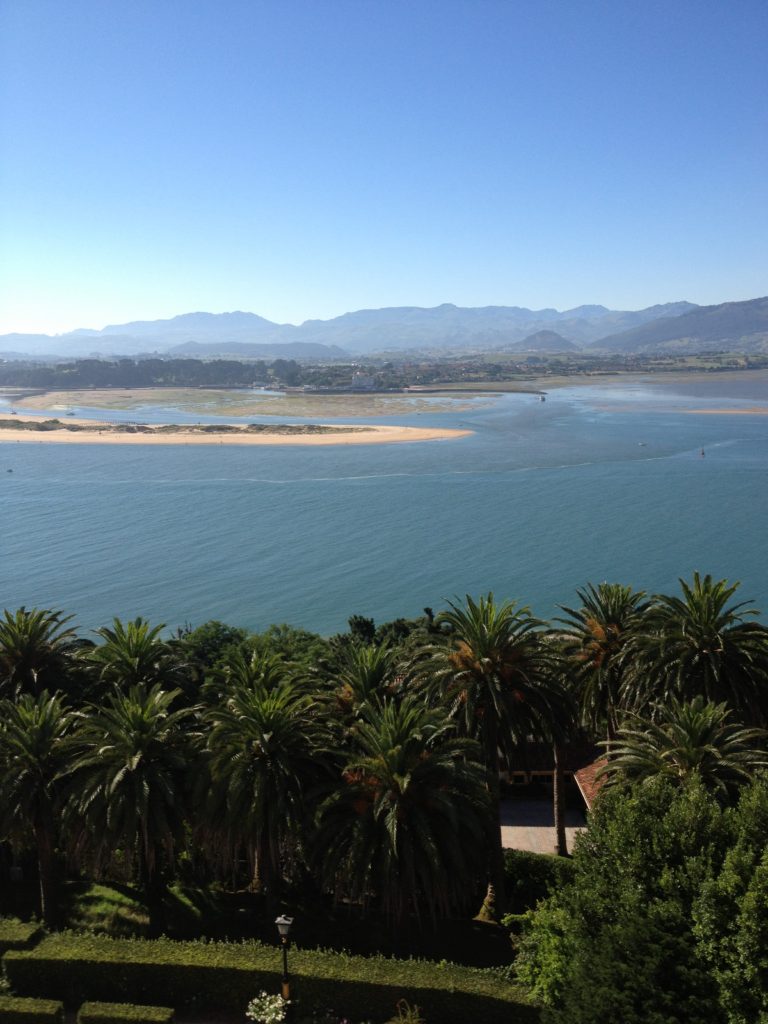 The second room with a view is from a villa we rented for a holiday near Cala d’Or in the southeast of Mallorca last autumn. I didn’t stay in this room either. For some unfathomable reason we let one of our sons have it. Just looking at this image makes me question that decision all over again. We must love him very much… 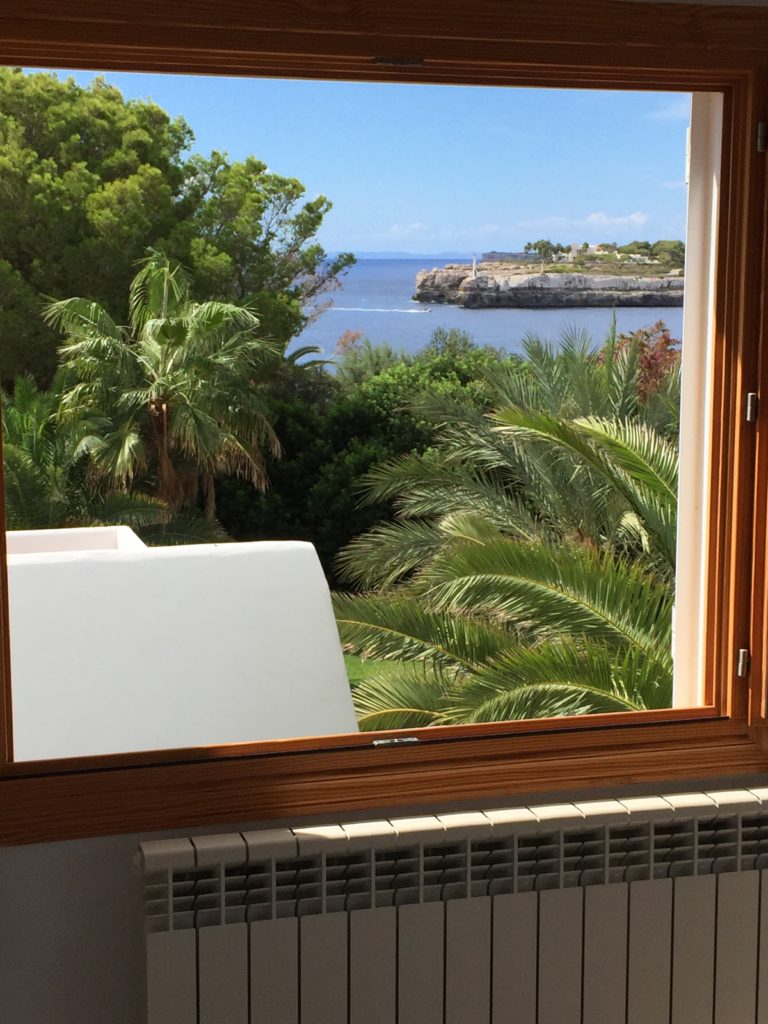 Picture window: getting up to be greeted by this view first thing in the morning has to make you happy!

…anyhow, there goes. By next time I will (I hope) actually have gone somewhere new to write about.

48 thoughts on “FOREIGN: Two rooms with a view”