On a recent holiday to the Dominican Republic, my wife and I stayed at the Zoetry Agua resort (see photo on the home page) just north of Punta Cana on the east coast of the island. And mostly we did just that – i.e. stayed there. I know, it’s utterly shameful not to have moved much; pretty much to have shamelessly sunbathed, swam and read. I plead guilty.

The DR is one of two countries which occupy the island of Hispaniola. The Republica Dominicana, to use the name in its native Spanish, takes up about two-thirds of it. The rest, the western part, belongs to Haiti, where the historical culture is French. There are also religious differences, apparently. A taxi driver told us: “We are a Catholic country. If a guy from here has a problem, he might go to church for help or guidance. In Haiti, he might seek voodoo.” Best not to go there!

Of Caribbean countries, only Cuba is larger than the DR, which is the most visited destination in the region. No country in the Caribbean or Central America has a larger economy, nor a taller mountain: Pico Duarte in the Cordillera Central range is the highest peak in the Caribbean. On the other hand, I have to confess that the highest I got was probably the result of some unfathomably dangerous rum cocktail. But, hey, I was there as a tourist, and in the DR – as in so many such nations – tourism has now replaced the likes of agriculture and sugar-cane production as the prime source of revenue for the government’s coffers. 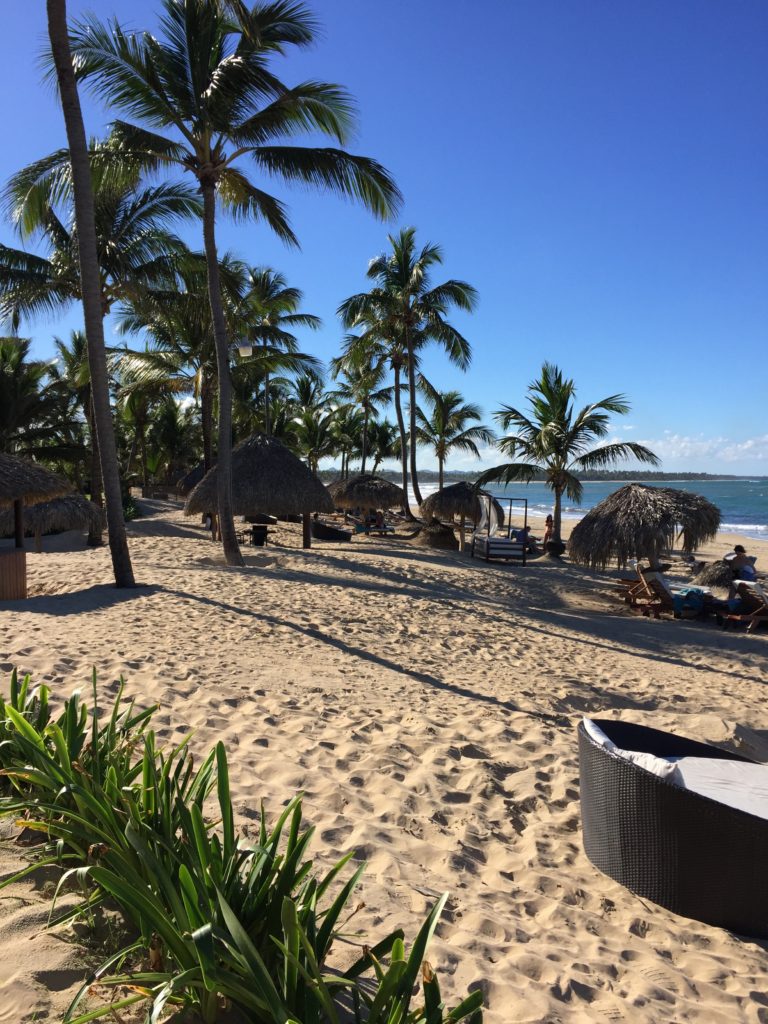 There was a lot to see away from the hotel…on the other hand, there was also plenty to enjoy at the hotel

If one was going to be rather more adventurous with holiday planning in the DR than we were, one signal attraction is Los Altos de Chavon, the recreation of a Mediterranean-style European village above the Rio Chavon, which itself cuts a mighty fine gorge over which passes the motorway between Punta Cana and La Romana. (We did sample this: we made an excursion to play golf at the justly famous Teeth of the Dog course near La Romana, the tale of which can be found at robertgreengolf.com) Nor did we make it to the capital, Santo Domingo, which is the site of the first castle, cathedral and monastery in the whole of the Americas. The Dominican Republic is a cultured country alright.

Like many Caribbean holiday resorts, Zoetry operates an all-inclusive payment policy. You send your debit/credit card details when you make the booking and, once you get there, there is nothing extra to pay. This is a good thing (or is it?) in that when you order that extra glass of wine, it feels like you’re getting it for free. And in a way you are: sure, you have paid for it, but you’d be paying for it even if you didn’t drink it! On the downside, there is the dietary issue. Since you’ve paid for three potentially huge meals per day, there is a horrible temptation to eat them all. Anyhow, self-restraint self-evidently come down to making a personal choice. What was unquestionably a bonus in the situation we were in was that the DR currency, the peso, is linked to the US dollar, but since we’d paid for the holiday before the pound slumped so badly against it, we were home free on that score. Surely another reason to have that extra glass of wine?