Smoothing the wheels for travel to Greece (and elsewhere)

We are in the middle of March, but since for many of us the prospect of a summer holiday abroad has been denied for approaching two years, it is small wonder that foreign travel is on a lot of people’s minds. As far as Europe goes, Greece (whose Bay of Navarino in the Peloponnese is shown on the home page) right now looks likely to be one of the most feasible destinations.

Greece has been in talks with the UK government about the possibility of allowing British citizens into the country on holiday if they have proof of having been vaccinated. It’s not clear if this means having had both jabs or if just the one for now will do, but one thing is clear: Covid-19 having disproportionately screwed up the lives of young people compared to their elders (well, at last those elders who have survived the virus), it’s the young – those who are not yet eligible for the injection – again who are being disadvantaged. One other thing is also clear: such a move would bring Greece into conflict with the European Union, which unsurprisingly would like all countries to have the same rules. Given the widespread breaking of ranks when it comes to ordering supplies of the vaccine (from Russia, China, anywhere will do), that is unlikely to occur. 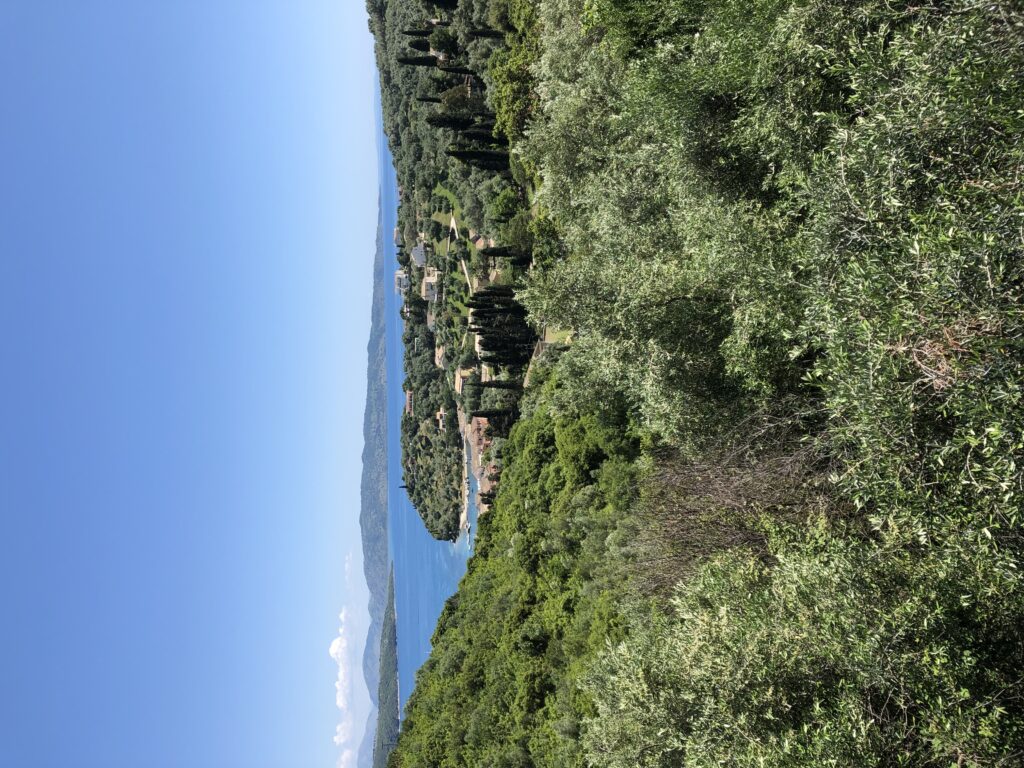 The coastline of Corfu (with Albania in the background)…how soon might it be before Brits can go there?

The scenario is a bit of a moveable feast at present, even though moving anywhere for a holiday right now is against the law. Greece has said it would welcome UK visitors with effect from May 1. The trouble is, protocols for a vaccine ‘passport’ have not yet been established and, as things stand, Brits will not be allowed to take holidays abroad until at least May 17.

This subject is not confined to Greece. Spain’s tourism minister, Fernando Valdes, said a couple of weeks ago: “For us, the British market is our main market. But since we are a member of the EU, the solutions have first to be part of the discussions in the EU.” But he conceded that if no solutions were to be found, a unilateral deal with the UK would be sought. In 2019, British tourists spent around £18 billion in Spain. The pandemic reduced that by over 80% last year.

Even France seems keen to get in on the act. Last week it announced that the UK was one of seven (non-EU, obviously) countries from which travel into France would now be permitted. Given that the other six were Australia, New Zealand, South Korea, Japan, Singapore and Israel (i.e. none of them being  European, and Israel apart not being especially convenient for a short break at Easter) it’s hard to see the clamour to take up the offer being overwhelming. Oh, and in France there’s a 6 pm curfew, even for collecting takeaway meals. The bars and restaurants aren’t expected to open until the first weekend of June. Also, new infections of the coronavirus are around 30,000 per day, compared to 6,000 in Britain. And the vaccine roll-out is not going well.

I know, some of you will think, how typical of the French to want to welcome us on holiday when the reasons for wanting to go there right now (even if we were allowed) are small. Greece looks the better bet.