In October last year I did something I hadn’t done in absolutely ages. I went to a rock/pop concert. It was the first time I’d ever done this in Brighton and the first time I’d seen any band live since Bruce Springsteen at the Emirates Stadium in London over 11 years ago. Having now totted up the total like a good anorak, I make it that seeing Heaven 17 and Squeeze (get the pun in the title!?) in concert means I’ve seen 192 different live acts altogether.

The photo on the home page shows Heaven 17 in action. I think it is correct to say that their most famous song is Temptation, which of course they saved until last to perform. In 1983 it reached No. 2 in the charts. Heaven 17 were obviously the support act to Squeeze, who have had several stand-out hits penned by their founders, Chris Difford and Glenn Tilbrook. After a crushed queue for a pint we enjoyed the show as they ran through a selection of their favourites, among them Annie Get Your Gun, Cool For Cats, Cradle to the Grave and (for me) the matchless Up The Junction, surely the most cleverly amusing song ever written about a doomed relationship. 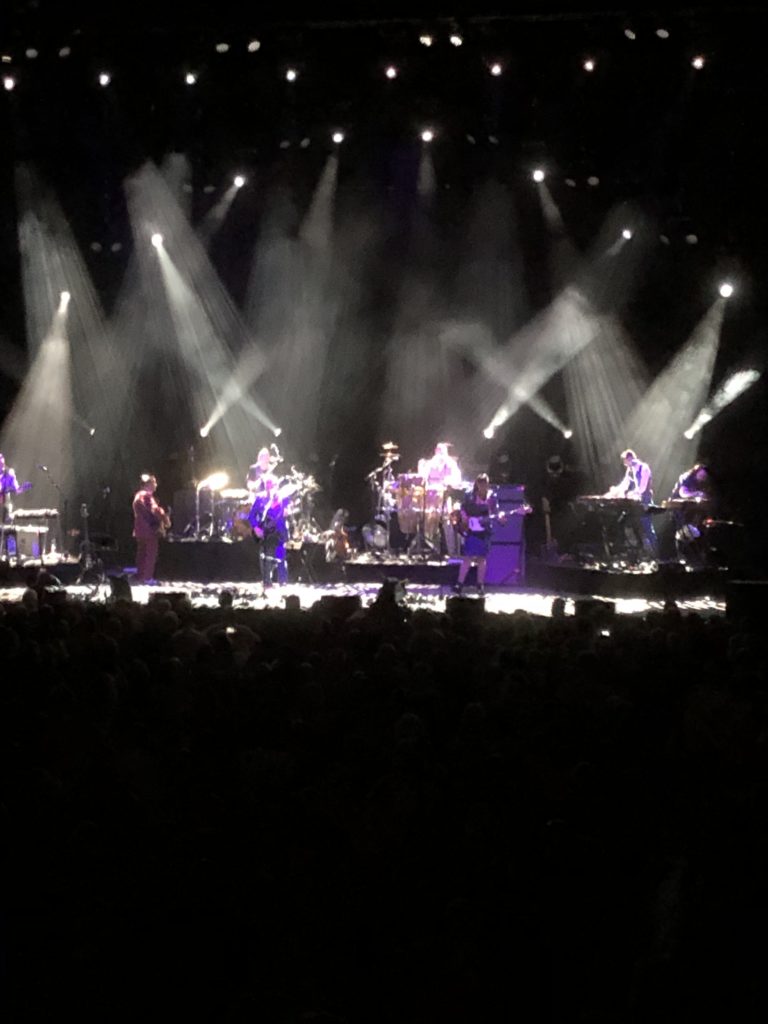 Squeeze on stage in Brighton last October, still going strong after over 40 years of recording and touring

In some ways I guess it’s a sad admission that this concert represented almost 50 years to the day since I went to my first one: an unforgettable experience, The Who at the Palace Theatre in Manchester when they performed their rock opera Tommy, which album had been released that autumn. I saw both them and Pink Floyd six times; Led Zeppelin only three but the first time was in the refectory at Sheffield University in November 1971 when they played Stairway to Heaven to an audience of about 1,000 people. With a friend, I had queued overnight in the snow outside Manchester Free Trade Hall to see the Rolling Stones play there earlier in 1971. It was worth every freezing second! Another time, more warmly, I had seen the California band, Love, play at Manchester Polytechnic. I heard the group’s leader, Arthur Lee, telling someone on the radio last year that one of his regrets in life was that he’d never visited Britain. Between you and me, I think Arthur used to be on something rather stronger than the radio.

I saw Genesis in 1971 – aeons before Phil Collins, Peter Gabriel and Mike Rutherford were independently famous – when they were bottom of a three-part bill, supporting Van der Graaf Generator and Lindisfarne. I saw Frank Zappa and the Mothers of Invention play a set which began at midnight. They were great days. A long time ago. And I am getting even older.

Going back to Bruce to finish with, the Emirates was the fifth time I’d seen him, with perhaps the most memorable occasion (for fairly obvious reasons) being at Madison Square Garden in New York in May 1988. And now I realise I’ve got eight more first-timer gigs to go to. After all, after a long hiatus, the prospect of getting the tally to 200 is looming!