The UK went into the first coronavirus lockdown on March 23 last year, a little over 12 months ago. Hospitality venues opened up on July 4 (remember that? independence day!) before things started to go pear-shaped with covid again around the middle of September, notably when students began to return to university, or perhaps go there for the first time after the summer fiasco of the ‘A’ level algorithm farce. Despite strong advice from its scientific advisers on SAGE that the government should impose a two-week ‘circuit-breaker’ around that time, the prime minister sat on his hands until the first week of November, when the virus was rapidly becoming rampant.

After a month of that, the country (I’m essentially talking about England here, since Scotland, Wales and Northern Ireland all did their own thing, albeit variations based on a similar theme) reopened in ‘tiers’, which in the case of London lasted for two weeks until everything was closed down again on December 15, the last time I was in a pub or restaurant. The prime minister was emphatic that he would not ‘cancel Christmas’, a pledge he belatedly rowed back on once he’d given people enough time to get away to visit their relatives and infect each other in a festive fashion. And now here we are again, with some restrictions unconnected to the earlier reopening of schools being lifted with effect from today. On Monday week (April 12), hospitality venues with outside amenities will be able to welcome guests. You can get an idea from the photo on the home page that this is something that is being looked forward to very much. 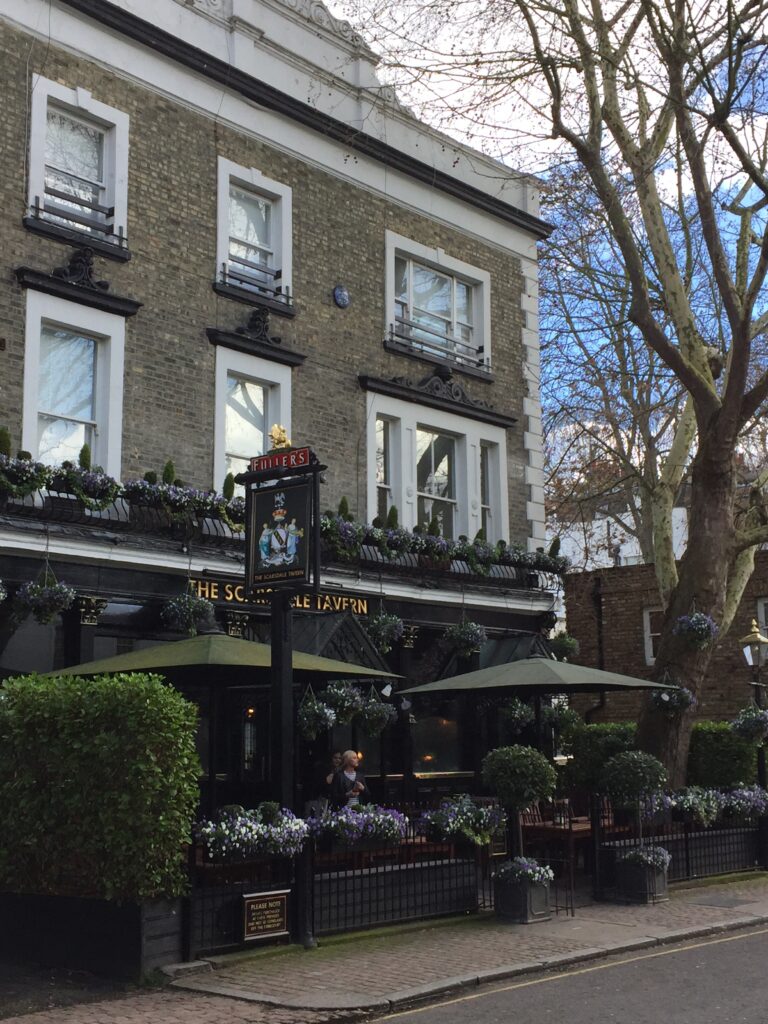 Being outside at a pub will be within the law again within a fortnight from now…it really can’t come soon enough!

How much are we looking forward to having fun again? The other day I walked passed a pub where last March we were regular participants in the weekly quiz. (I guess it will be quite some time before that comes back?) The landlord was cleaning his outdoor tables. He has 11 of them. He told me that he could accommodate four people on each. In respect of the first Saturday since reopening (that is, April 17) he had taken 186 bookings for a meal, beginning at noon and ending at 10 pm. Yes, we are very desperate to get back to having fun again. For his sake, and for all of us, let’s hope we get something like the spectacular weather we enjoyed last spring.

What next? Well, indoor hospitality is scheduled to resume business no earlier than May 17. Again, though, there has been a shift, not to say uncertainty, in the government’s messaging. A month ago, the idea of a coronavirus vaccine certificate was officially anathema. Now it’s on the cards as a possibility, once every adult has been offered a jab. Whether it will be enforced by the government or by the individual landlord or restaurateur is unknown, possibly dependent on chance – that is, on the toss of a coin or just mere political whimsy. But, hey, at least they will be open. And, given the vaccine roll-out, we have at least some reason to hope that we might have endured our last lockdown. At least of this pandemic.