Christmas is supposed to be fun, isn’t it? I mean, I know it’s first and foremost a celebration of the birth of Christ; God’s gift to us. To say I’m not much of a churchgoer would be a serious understatement, although I/we always go on Christmas morning, but away from the fundamental and religious reason for the festivities, what is it all about?

In my case, the Christmas period involves spending a mind-numbingly large amount of time on the M1, with its invariable road works. Root-canal work might be preferable. It’s probably my age, but I really am sure that Christmas television has got worse. And it was disappointing to find that Helen Mirren didn’t do the Queen’s speech at 3 o’clock. It was the real one!

Of course, Christmas is also a big festival of eating; getting stuffed with stuffing and the other stuff that comes with the turkey. Like sprouts. There are roast potatoes and carrots. Christmas pudding and mince pies. Did I mention sprouts? Then there are all those songs you find yourself hearing for the first time in 12 months and remembering them with an annual nostalgia, like Merry Xmas Everybody by Slade. And whatever happened to Greg Lake after I Believe in Father Christmas? 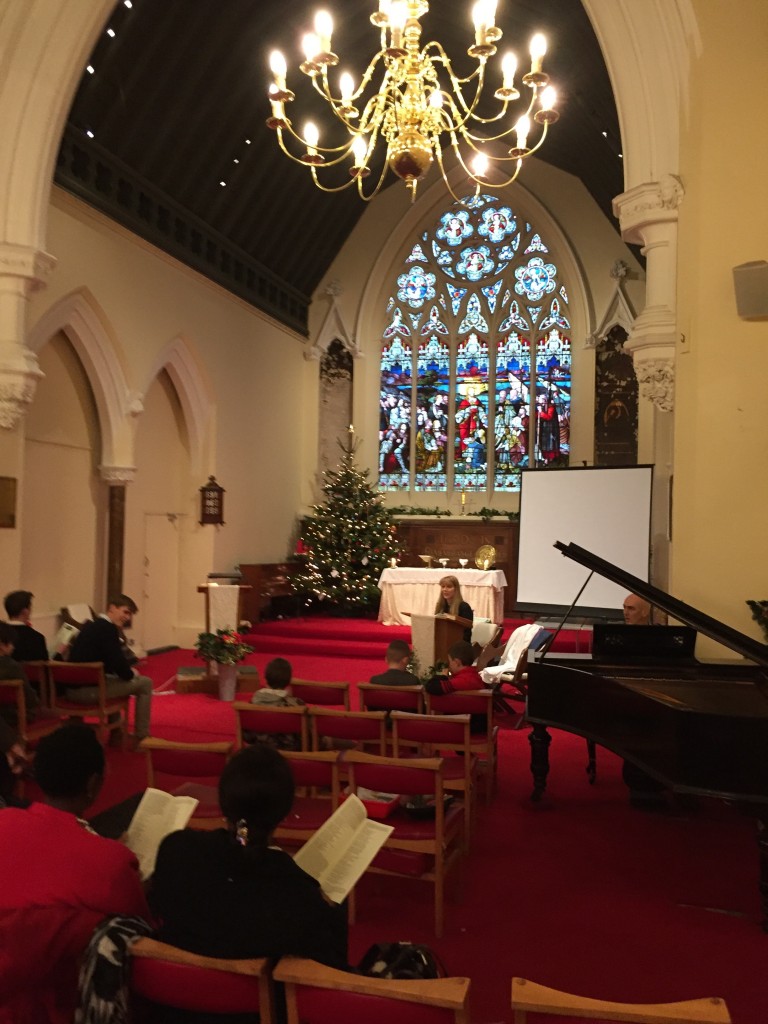 A community church at Christmas: it’s a time for families but also for remembering why we celebrate it

It is hardly an original thought but maybe the best way to see Christmas is through the eyes of a child. Their happy astonishment at their presents (although it’s not so great being woken up before 6 o’clock in the morning); the marvellous myth of Santa Claus and the way it becomes an unspoken deal that in future years they won’t let on they know he’s not for real, presumably because they worry the presents might peter out if they did.

However, Christmas is not just about children as babies and young kids. It’s wonderful when they are adults, too. As they begin their careers and engage in other commitments, this might be the one time of year one can get to spend a few days of concentrated time with your children. In fact, in this regard Christmas is perhaps more about parents than offspring. For you, mortality seems closer to hand. For them, the XBox is close to hand.

Then, quite suddenly, shortly after Downton Abbey, it’s over for another year. A new day dawns and there are newspapers again. There’s the excitement of Boxing Day football; the enticement of the sales. (I made that bit up.) New Year’s Eve looms – my age again, I acknowledge, but that’s surely the worst night out since the Lincolns went to the theatre 150 years ago. And then it’s back to work, and all that time off already seems a distant memory. It’s gone until next time. And, yes, it was fun.