Dale Chihuly is styled as the “world’s most celebrated glass artist”. I have no idea how stiff the competition is for that accolade but for sure the current display of his works at Kew Gardens, his first return to this part of southwest London since 2005, provides some notable sights. The 77-year-old American’s art was seen by around 900,000 people back then and no doubt a similar number will enjoy the show this year. 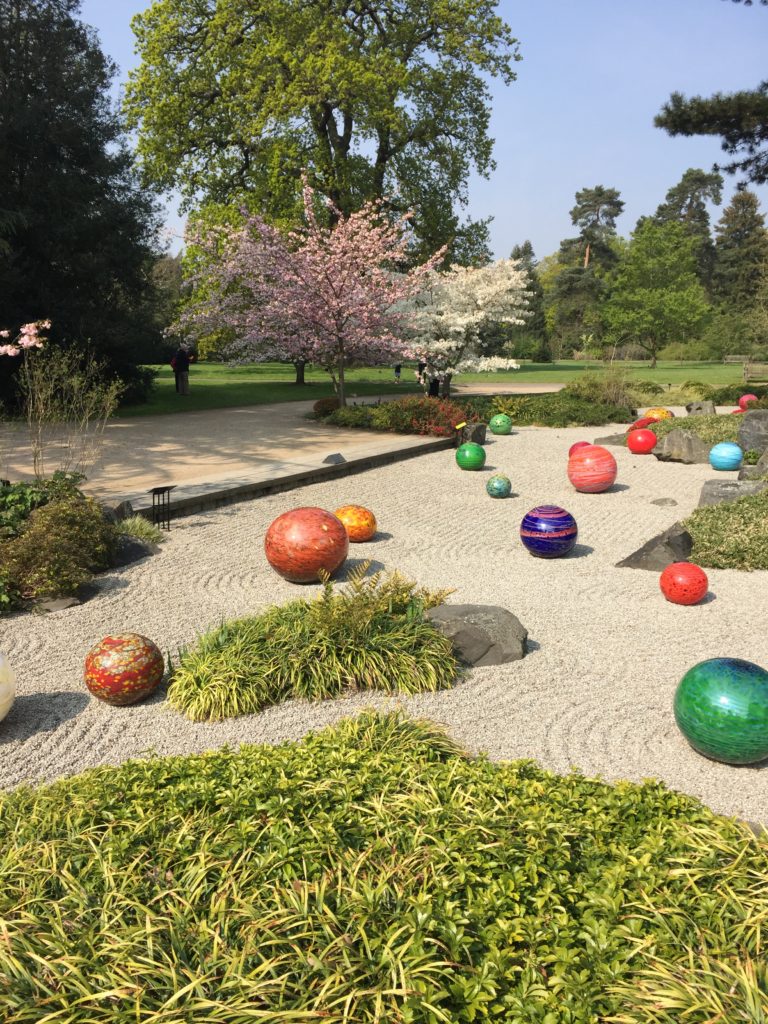 Niijima Floats…no, I have no clue why they are called that but they do look good in the Japanese garden

The Seattle-based artist has been crafting works in glass for 50 years. A film, running in Kew’s Shirley Sherwood Gallery Theatre, explains how his creative process works. Outside, the spectacle presents a dramatic display combining nature with art. To quote from Kew’s literature: “In the most biodiverse place in the world, you will see the perfect marriage of art, science and nature as Chihuly’s dazzling sculptures transform our gardens and glasshouses into a contemporary outdoor gallery space.” 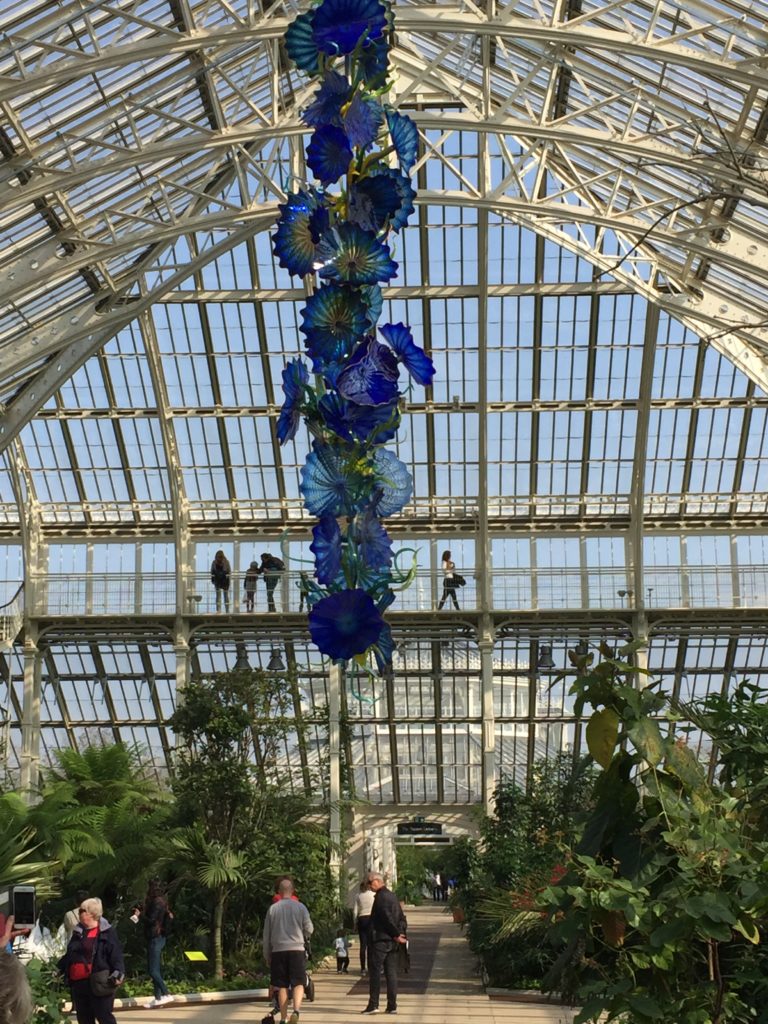 This 10-yard sculpture hanging from the roof of the Temperate House is called, for some reason, Persians

The exhibit depicted above, on show in the Temperate House which was reopened after undergoing a magnificent restoration programme just over a year ago, is one of the items that have never before been presented in the UK… 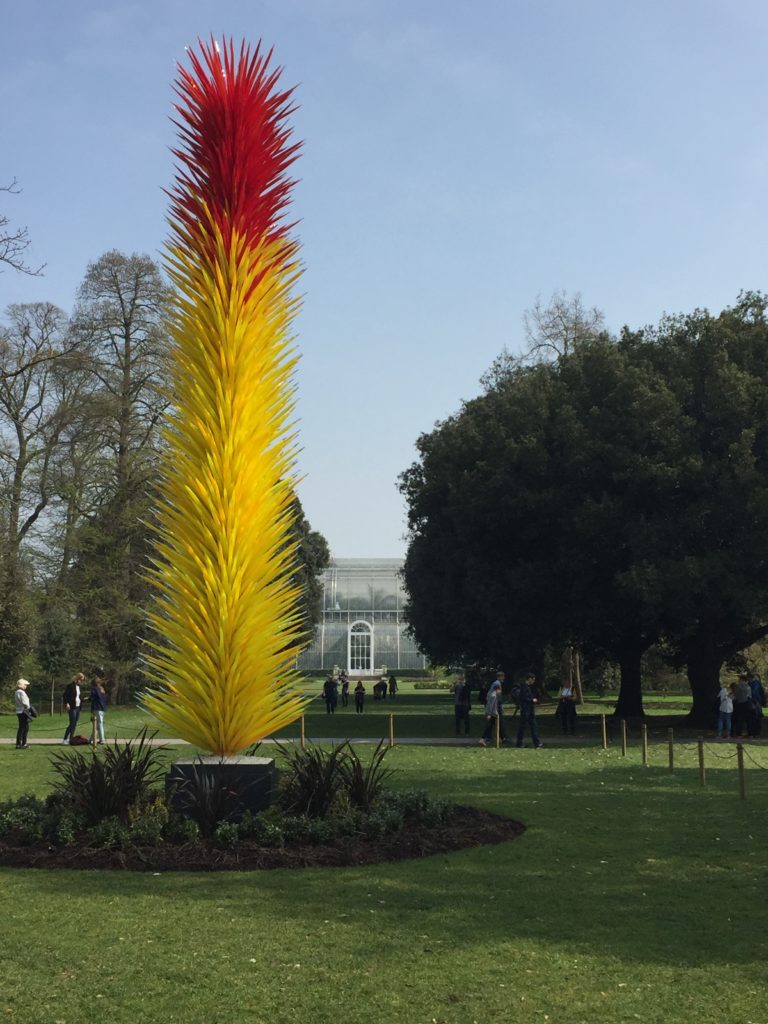 It is, however, a little more understandable why this one should be the Scarlet and Yellow Icicle Tower

…and if you can’t find the time or the opportunity to go in the day, on every Thursday, Friday and Saturday evening from August 15-October 26 there will be live music, food and drink to accompany the sights as the sun sets on Kew Gardens. 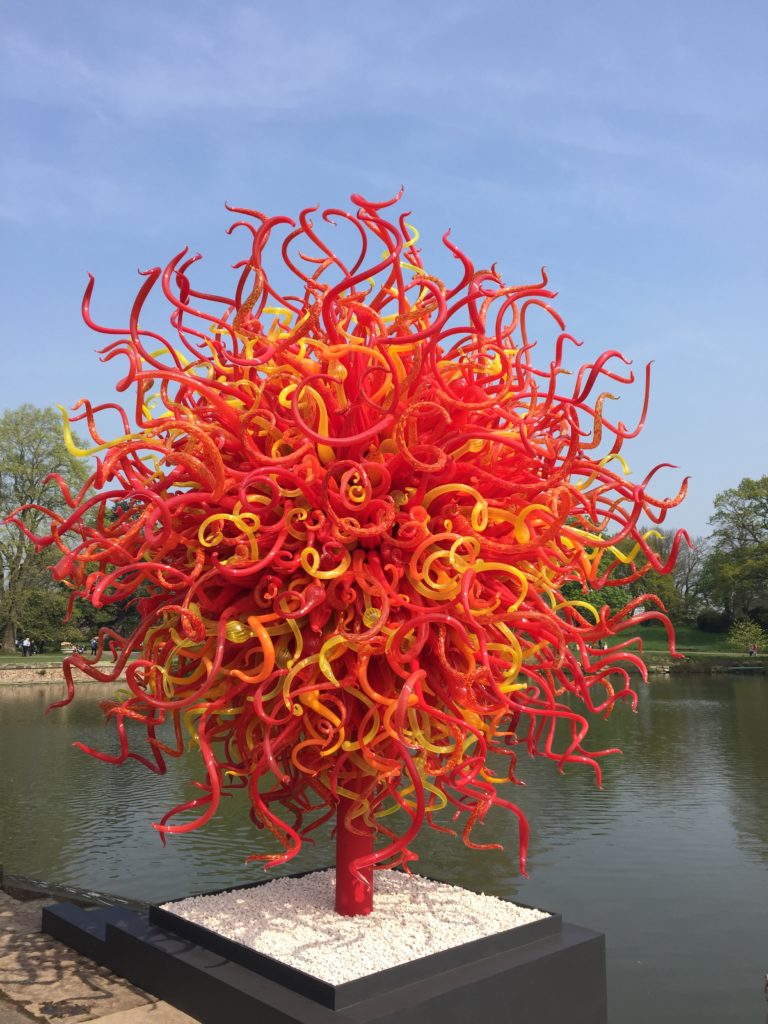 ‘Summer Sun’, in fact as seen on a sunny day in early spring, resembling a rather flame-haired Medusa

The final exhibit here is located just outside the Palm House, close to the entrance/exit to the gardens. It’s also close to the Sapphire Star, which is pictured on the home page. The exhibition runs until October 27.

88 thoughts on “FUN: Epic glass in glass houses (and elsewhere)”