FUN: Even if sports books aren’t always a barrel of laughs

The winner of the 27th William Hill Sports Book of the Year Award http://www.williamhill.com took home, appropriately, £27,000. The person in question was David Goldblatt for his work The Game of Our Lives: The Meaning and Making of English Football. It was the seventh soccer book to earn the accolade, the first being Nick Hornby’s celebrated and filmic memoir Fever Pitch, in 1992.

At a ceremony at BAFTA in London in late November, Goldblatt saw off competition from two other football books as well as ones on bobsledding, boxing and cricket. Like most of the sport we see on television, this year’s was a male-dominated affair, as in there were no women on the shortlist. Last year, an Australian writer, Anna Krien, became only the second woman winner, in her case for Night Games, a story of sexual abuse and assault in Australian sport which has, of course, wider geographical and societal ramifications than that. (The other woman winner was in 2001, with Laura Hillenbrand for Seabiscuit, which book – as with Hornby’s – became a movie.) 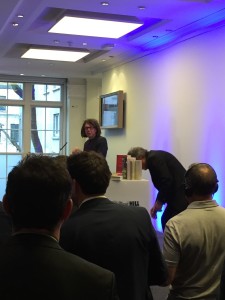 While Goldblatt’s book is not as such a celebration of the beautiful game, he does at least find enjoyment in some elements of what he writes about. Recent winners of the award have been brilliant stories about flawed sportsmen, such as cricketer Marcus Trescothick’s book about fighting his mental demons, the sometimes tortured soul of rugby player Brian Moore, a biography of Robert Enke, the German goalkeeper who committed suicide, and Tyler Hamilton, who was one of Lance Armstrong’s companions in shame. All quite some way from the description of sport as a “magnificent triviality”, as coined by Phil Bull, the founder of Timeform, but obviously no less compelling for that.

On a personal note, I could never figure out how the Joe McGinniss book, The Miracle of Castel di Sangro, didn’t win in 1999. I have never read a more fascinating football book but, hey, that’s what awards ceremonies and judgement calls do. They cause debate. William Hill deserve congratulations and thanks for sticking with the award – although, if I was having a bet today, I think it’s odds against a Sepp Blatter autobiography being another football winner next year.

57 thoughts on “FUN: Even if sports books aren’t always a barrel of laughs”