FUN: Flunking the spelunking…except in Mallorca

Is cave exploring really fun? Many people do like it, indeed love it, and in some respects I should, but all considered I prefer my underground experiences to be on the London tube. When I say I perhaps should enjoy it, I’m referring to the fact that I was brought up in the Peak District of Derbyshire, about five miles from the attractive town of Castleton, which has four caves nearby which are suitable for exploration by members of the public who have absolutely no caving expertise. The four are called Peak, Speedwell, Treak Cliff and Blue John, the latter giving its name to the semi-precious mineral that is still mined there and has apparently existed for around 250 million years.

A few years ago I went on an adventure weekend with one of my sons. It had been organised by a parent of one of his school chums (and he was the one father to duck out of the trip!) and we went off to Wales, to Saundersfoot in Pembrokeshire. The first activity we ‘enjoyed’ was going into a cave. One child got stuck in a narrow passage, another had a panic attack, and the ‘highlight’ was going so far underground that when we all turned off our lamps, as instructed by the guide, there was no light. A total absence. You could put your hand to your face but you couldn’t see it. I have had more enjoyable Saturday mornings. 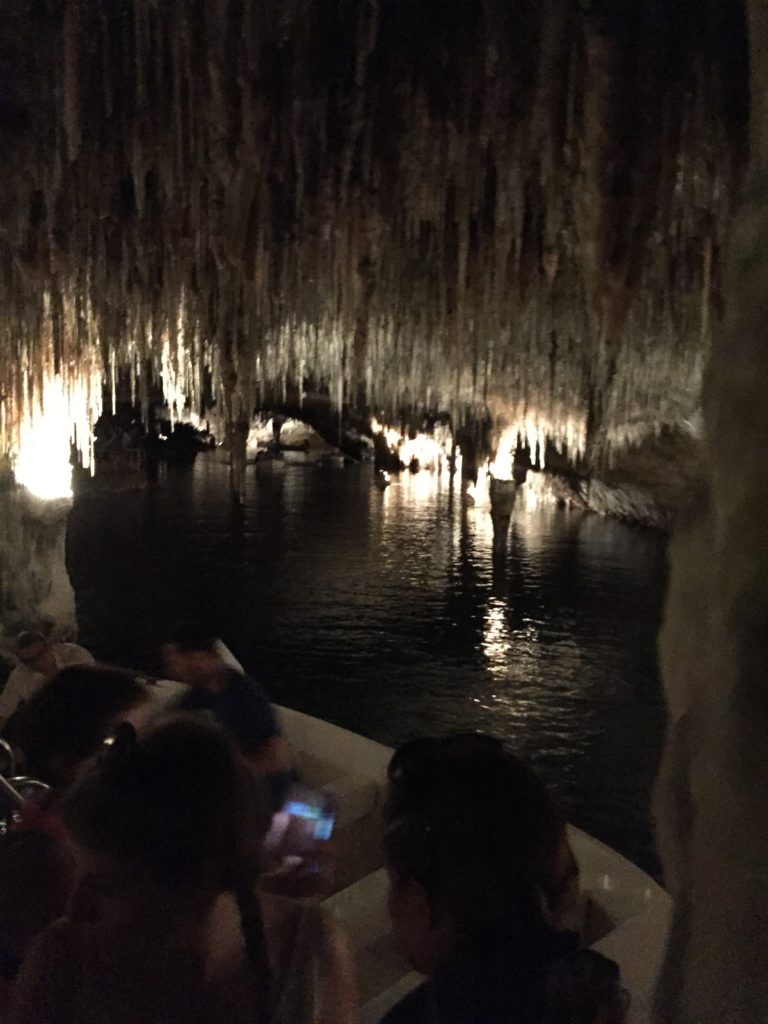 All considered, if I’m going to go into a cave, it should be somewhere like Las Cuevas del Drach in Mallorca. Hey, they have nice concrete paths for you to walk around. There’s no need to duck. Claustrophobia? Not a problem! However, I could not help but reflect that it obviously was not always this way. The existence of the caves has been known since 1338 (the first documented record of them) but it was not until 1880 that some super-hero first began charting what lay beneath. Today, the culmination of the hour-long tour is Lake Martel, a body of water named after the man who discovered it in 1896. Then its forbidding darkness would have only been penetrated, feebly, by his torchlight. Today, one sits in a cinema-style seat as a boat goes by carrying a small group musicians who play Pachelbel’s Canon and Handel’s Water Music (natch!). The acoustics are wondrous; the sound carrying so perfectly in what is otherwise perfect silence. It may seem a little twee but I much prefer that to pitch blackness.

50 thoughts on “FUN: Flunking the spelunking…except in Mallorca”