FUN: How the Maine story hinged on a grammatical nicety

This is a story about a serial comma. No – please stay with it; I promise it won’t put you into a coma. This particular piece of punctuation is used before the words ‘and’ or ‘or’ in a list of three or more things in order to make the situation clear. In a ruling in the US state of Maine last month, a court of appeal decided in favour of delivery drivers rather than the Oakhurst Dairy regarding a law which read that the following did not count for overtime pay: ‘The canning, processing, preserving, freezing, drying, marketing, storing, packing for shipment or distribution of’…well, of foodstuffs. The drivers argued that the absence of a comma between ‘packing for shipment’ and ‘or distribution’ meant the law was referring to the single activity of packing, not to packing and distribution as separate activities. Therefore distribution – which, rather than packing, is what the drivers do – was eligible for overtime. And, like I say, they won. Or at least their lawyers did.

The serial comma is also known as the Oxford comma in light of it being a staple of the house style in the publications of the Oxford University Press. As you can see, in the absence of a suitable photo of an Oxford comma, I have on the home page gone for what I think is a rather nice one of an Oxford college. I was thinking of maybe snapping a Commer van parked close to some dreaming spire in the city but the unavoidable typo would have rendered that wrong. 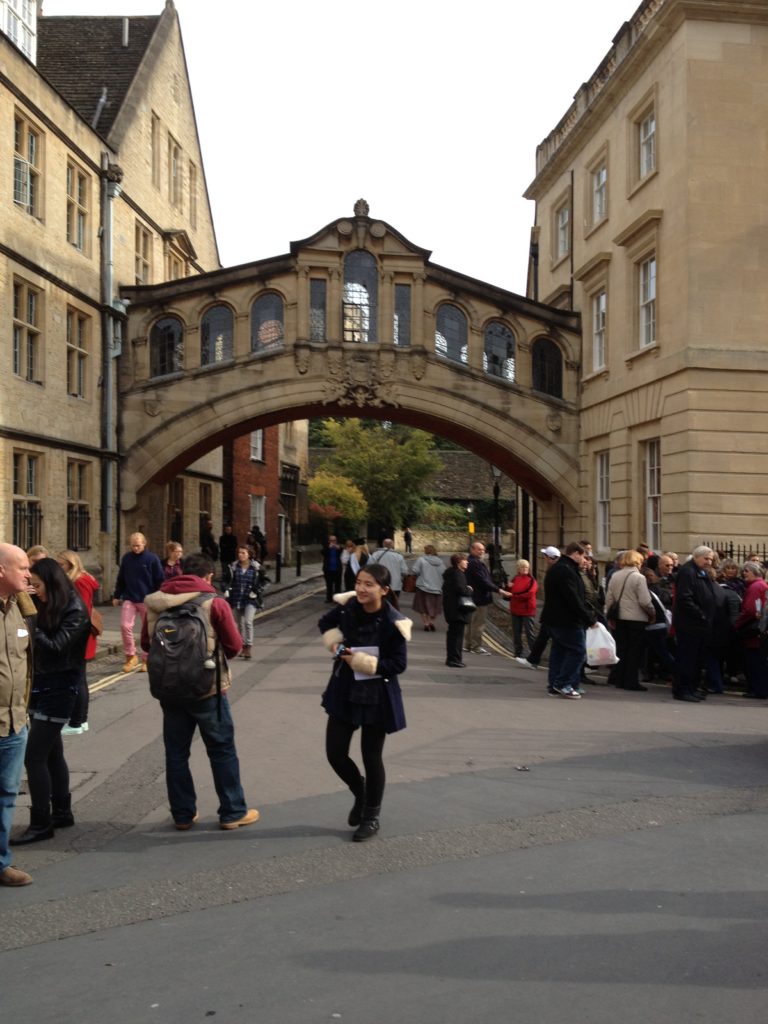 Hertford Bridge in Oxford, a bit like Venice’s Bridge of Sighs, which punctuation controversies can cause

Aside from the fact that it did for those drivers, does this really much matter? Well, yes it does. For example, the sentence ‘he had fish, chips and peas’ does not require a comma before ‘and’ in order to make its meaning clear but there are many classic examples circulating on the internet which make the grammatical point rather more appealingly, if less tellingly, than that case in Maine. I list three below:

I think you’ll agree that those three sentences make abundantly obvious the case for the serial/Oxford comma. Fans of awry punctuation should read – in fact, they probably already will have read – the wonderful Lynne Truss book Eats, Shoots & Leaves: The Zero Tolerance Approach to Punctuation (the main title of which is essentially based on an old joke about what pandas do after sex). There’s plenty more in there to make you smile.

330 thoughts on “FUN: How the Maine story hinged on a grammatical nicety”