FUN: Nothing Orwellian about these animal ‘farms’

As you will know, the knee-bone structure of cows means that, contrary to the nursery rhyme, they would be unable to jump over the moon. They couldn’t even hurdle a hedgehog. But a lucky dozen in Oxford should be over the moon at their circumstances, if only they knew it, because they have surely found bovine heaven.

In the meadow that belongs to Christ Church College, a magnificent edifice both outside and in (the dining hall served as the inspiration for the equivalent room at Hogwarts in the Harry Potter films), is a small herd of English longhorn cows. Unlike the other attractions of the college, which also include its famous cathedral, there is no entry fee required in order to enjoy the meadow and its inhabitants, which create a gentle pastoral presence within the city of dreaming spires – albeit granted that Oxford offers one of the more gracious urban environments one could ever enjoy.

The cows’ function is to graze and fertilise the meadow, but there is also an aesthetic element. The idea for them being there apparently arose some three-figure number of years ago when a couple of dons were contemplating the view and decided that what the meadow really needed was some cattle, so that the aura of a Bruegel painting might be created. Answer: send in the cows. The longhorns were selected in part because the breed is easy to maintain in British weather. 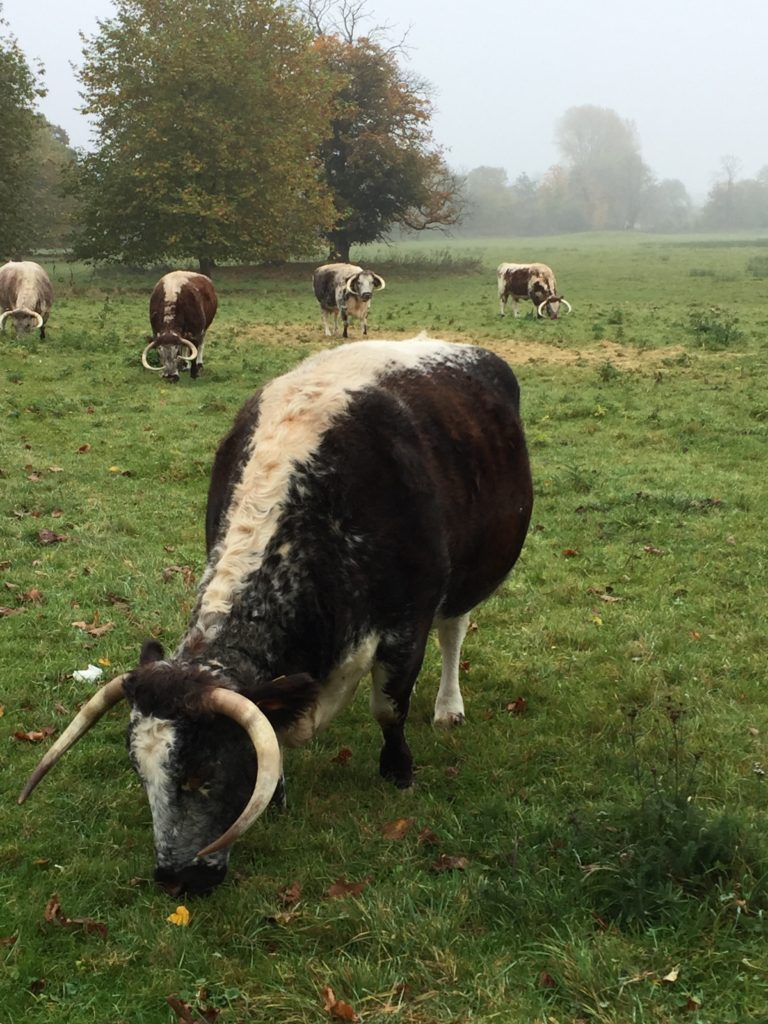 Feeding time for one of the Christ Church cattle. But then if you’re a cow, I guess it’s always feeding time

In fact, these days they are removed from the field in winter to give the grass a break from all that incessant munching and to provide shelter for the cattle when the weather is at its most inclement. But when they are on site, their only job is to look good and eat – in other words, 50% of the requirements of a super-model. They are not in the business of providing beef. As far as cattle go, this indeed is the life. If only every cow was so fortunate.

From bovine utopia to ovine paradise. At the Jumby Bay resort, on the completely inappropriately named Long Island (it’s more oval in shape and it’s small) just off the Caribbean mainland of Antigua, is another small herd, this time numbering 15 at present, and this time being sheep which are descended from those brought to the island by Spanish settlers in the 16th century. (A few of them are shown on the home page.) They are short-coated with either black, or occasionally brown, heads. To keep the numbers up, a ram is imported for a few weeks in the breeding season. If the flock gets too large, some sheep are given to farmers on the mainland. I guess as mutton goes, it’s going to be as free-range as it gets.

Jumby Bay is keen on conservation – there is also a major project to protect the hawksbill turtle and a waterfowl sanctuary – and the sheep certainly add colour to a stroll around a gentle landscape that’s about three-quarters the size of Regent’s Park. One thing is for sure. If I come back as an animal, I want to be a cow in Oxford or a sheep in Antigua.

56 thoughts on “FUN: Nothing Orwellian about these animal ‘farms’”