There was an old advertising-copy line for Mars bars which read ‘A Mars a Day helps you Work, Rest and Play’. It’s so old, in fact, that it probably wouldn’t be permitted today. The very suggestion nowadays that a chocolate bar could in any way be a good thing, rather than a calorific horror show, would be laughed at – well, other than at W.H. Smith, where they somehow think it’s a great idea to offer you a free chocolate orange or the like just because you’ve chosen one of their outlets in which to buy a magazine.

But the sentence came to my mind when I was reading a piece the other day about how people could make work more enjoyable, specifically office work. The blunt truth, of course, is that most people would prefer not to be at work; it’s something they do to make a living rather than the other way around. But since it has to be done, why not make the best of it?

And the way to do that is by interacting with the other people at work. It’s the employees, stupid. The fun lies in the hanging out with people (as opposed to the hanging them out to dry, a sad speciality of some office morons). Obviously, the very idea of this is not going to sit well with the misanthropic but another blunt truth, with the future in mind, is that if you want a real life, a real job, you will likely need to get on with real people. If you don’t, you may find yourself replaced by a robot, which – granted – doesn’t have people skills either but then it’s not supposed to. It’s not a person. 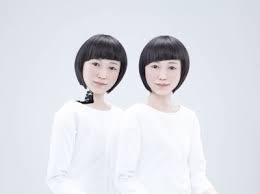 Looking just like you? Robots don’t need any social skills to function well at work

Getting on in life is about social skills, about social intelligence, not about social networks. Of course, they matter and have become an important part of modern life but they are not what it is fundamentally about. Think of it as using a dating app but then not following through and actually meeting your date – which would deny you the opportunity of having it reaffirmed that indeed men are from Mars while women are from Venus. (Perhaps John Gray put the planets the wrong way round in his book; aren’t women supposed to be the serious chocoholics?) Like it or not, in real life you can’t just swipe left and get on with something else.