The pagoda in the southeast section of Kew Gardens in southwest London stands 50 metres tall and it takes 253 steps to climb it from bottom to top. (Twenty more and it would have represented the famous John Buchan thriller x 7.) It was completed in 1762, the work of Sir William Chambers, who was commissioned for the work by Princess Augusta, whose son would later become King George III (1738-1820). Chambers had been the first prominent European architect to go to China, this inspiring his oriental flourishes on this structure at Kew, and he taught the young George the theory of design. George III made hundreds of drawings as well as in 1766 making Chambers officially the Architect to the King. 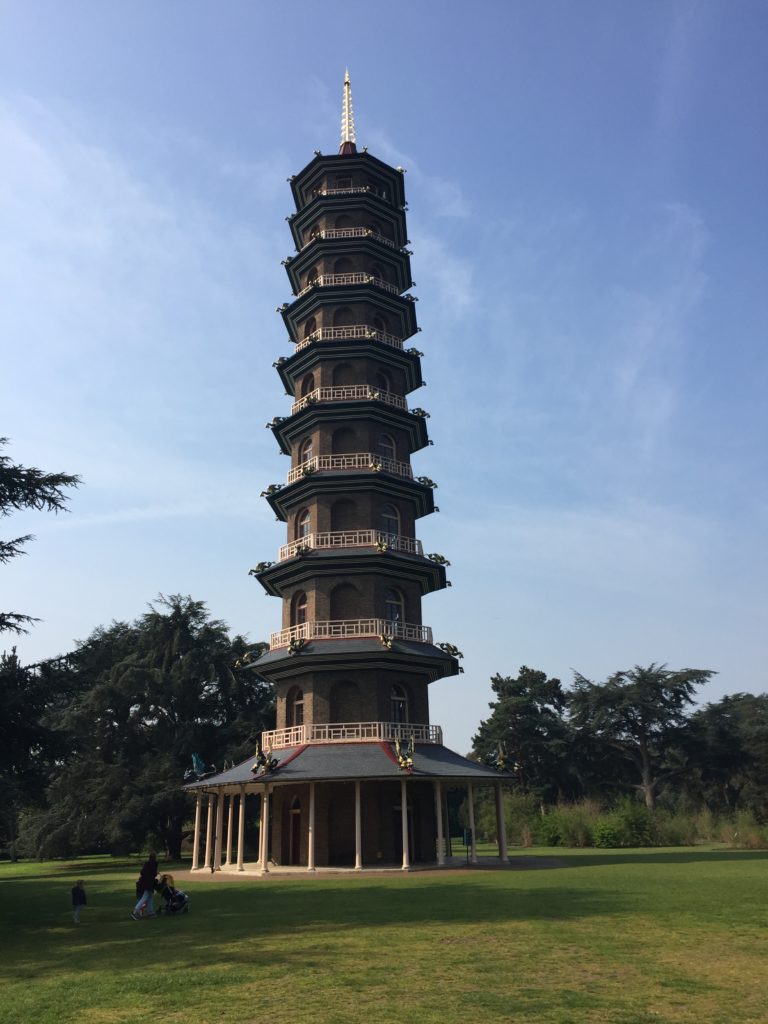 A monument inspired by the east in a part of West London: the pagoda at Kew Gardens since its upgrade

The original 80 dragons which adorned the external roof of each storey of the building were made of wood and painted in gold, but the inevitable wear and tear caused by the British weather eventually caused them to rot and they were removed as long ago as 1784. After well over two centuries of pretty much nothing being done about this, a major renovation programme was launched, mostly thanks to the generosity of donors organised by the Historic Royal Palaces, into this aspect of the pagoda and as recently as last year 80 dragons were restored to the property – and quite magnificent they are, too. Put another way, since it was first built there has surely never been a better time to make a visit to see this. 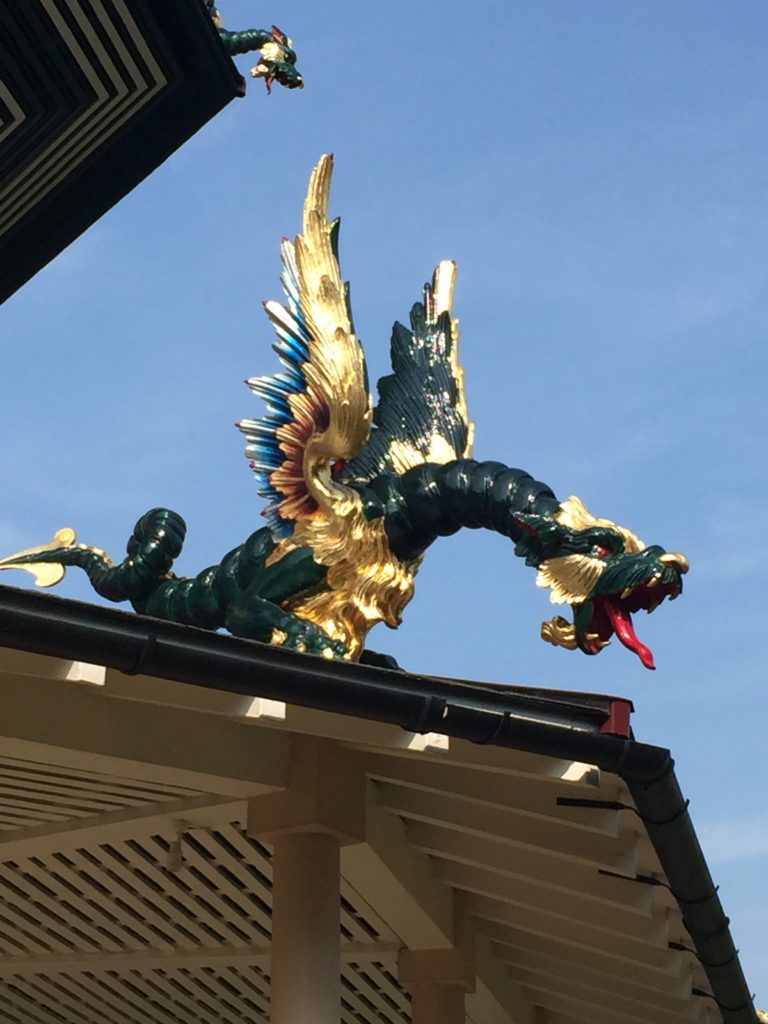 Of course, once you have climbed all those stairs there is a marvellous panorama of London to be enjoyed from the top – as you can see from the photo on the home page. These include views out over the rest of the gardens, in this instance the Temperate House (which I have blogged about previously) being shown in the near distance. I’d suggest you should try to plan a trip there before the dragons might deteriorate again.