Power of a different sort

Granted, these are not the best of times to be trying to maximise profits from a comparatively new hospitality destination. Therefore, it is fair to say that the transformation of Battersea Power Station to the power of commerce from its days as a coal-fired power station will not have been the easiest undertaking for its consortium of Malaysian investors as they seek to successfully establish a new identity for their new-found asset on the south bank of the River Thames in London. But their plans are underway. 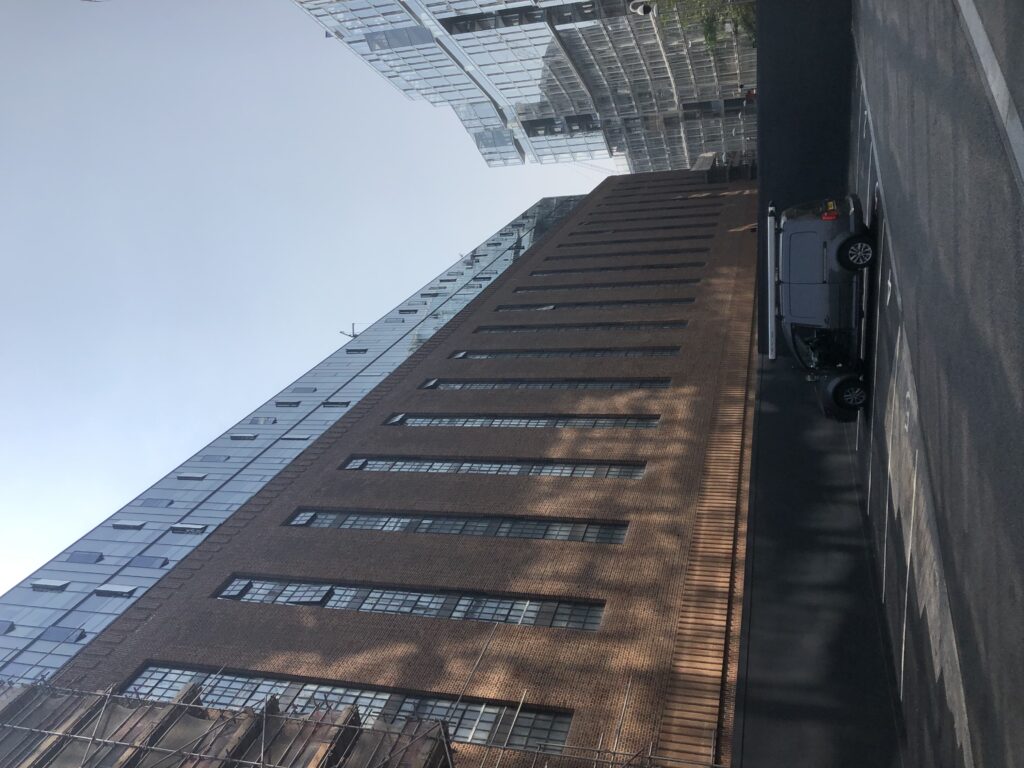 A side wall of the structure, showing the extraordinary brickwork which holds the whole thing together

One of the world’s largest brick buildings, it originally comprised two power stations built in two stages in a single building. Work on its construction began in 1929 and it ended, World War II having rather got in the way of its progress, in 1955. Its art deco interior was notable but its most iconic features were the four tall chimneys rising into the London skyline. The edifice was given Grade II listed status in 1980, three years before it ceased to function as a power station at all. Its listed status was upgraded to Grade II* in 2007. 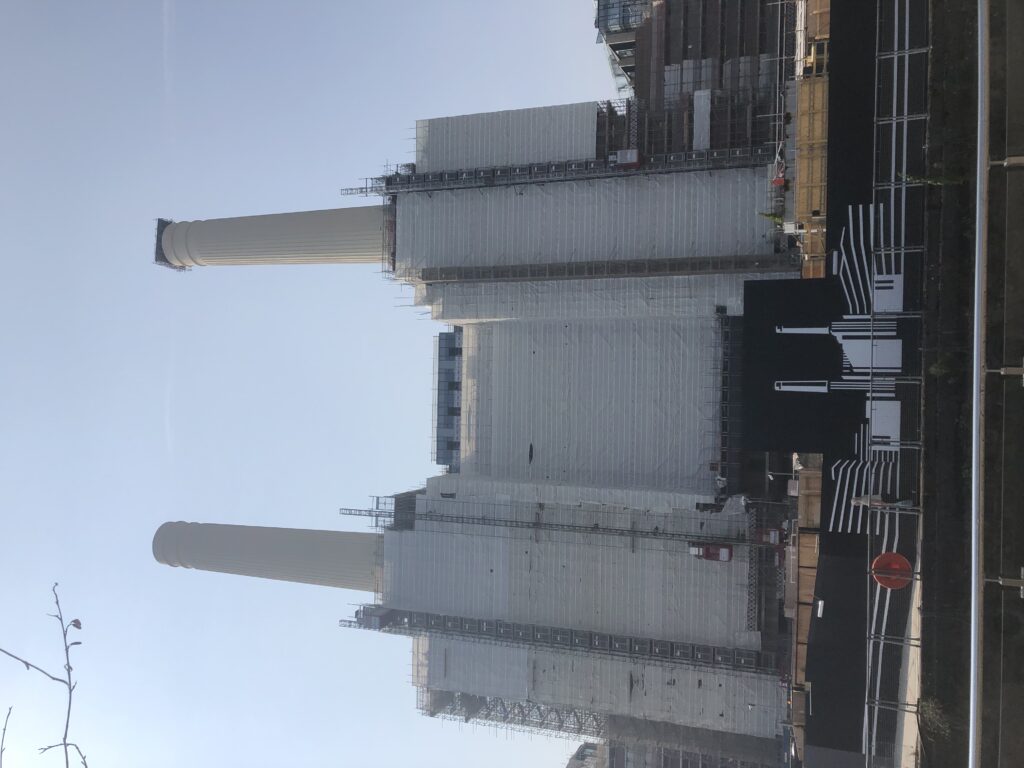 As work continues, the famous facade of the old power station has necessarily to be covered in cladding

The premises remained empty until 2014, during which time the property fell into near ruin. Various plans were made to make use of the building and eventually the administrators reached an agreement for the site to be developed for bars and restaurants as well as residential units, shops and office space. It’s quite a change from its previous purpose but in fact the power station has a perhaps surprisingly rich cultural heritage. 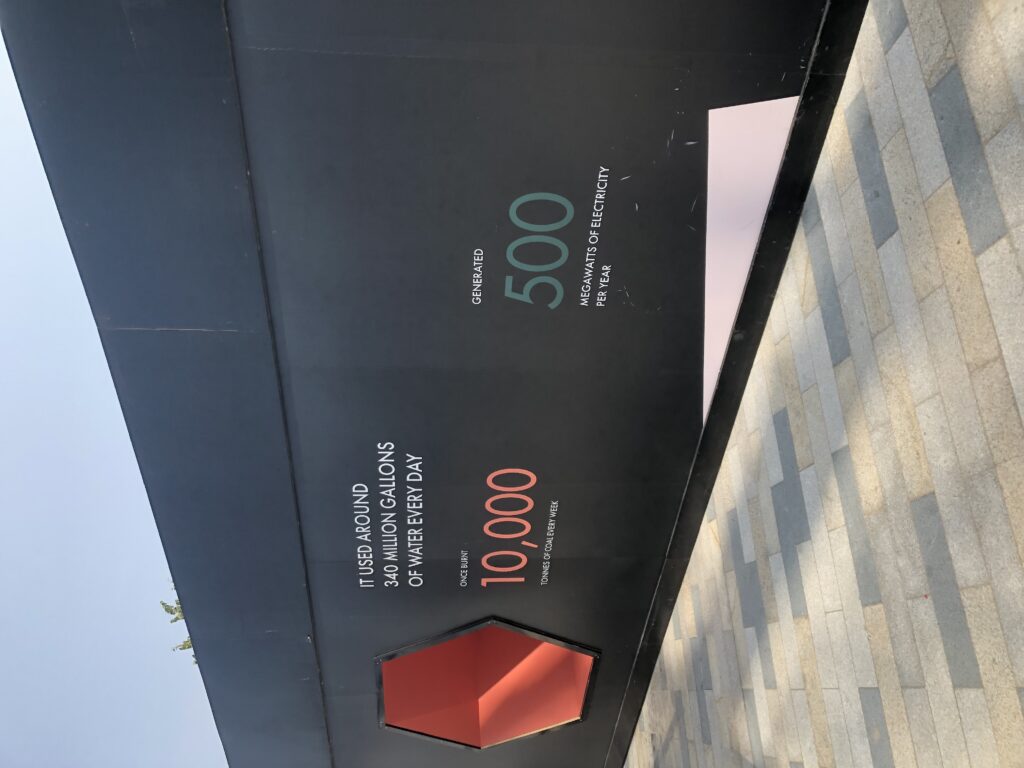 As is so with so many things these days (whether it be to do with, say, Covid-19 or sports) stats abound

One stand-out example of this is its appearance on the front cover of the Pink Floyd album Animals, released in 1977. (See photo on the home page.) The animals featured in the songs on the LP were dogs, sheep and pigs, and you may be able to make out the inflatable pig between the two chimneys. All well and good, or at least it was until the pig broke free from its mooring and drifted into a Heathrow flight path. No catastrophe ensued. A decade earlier, the station was shown briefly in the Beatles’ film Help. Its ability to be presented in a sinister manner got it a role in the 2007 Batman movie, The Dark Knight, and in that connection you will probably not be shocked to know it has put in several appearances on Doctor Who. Obviously any staircases would need to be avoided but otherwise it would be a dream home for daleks. 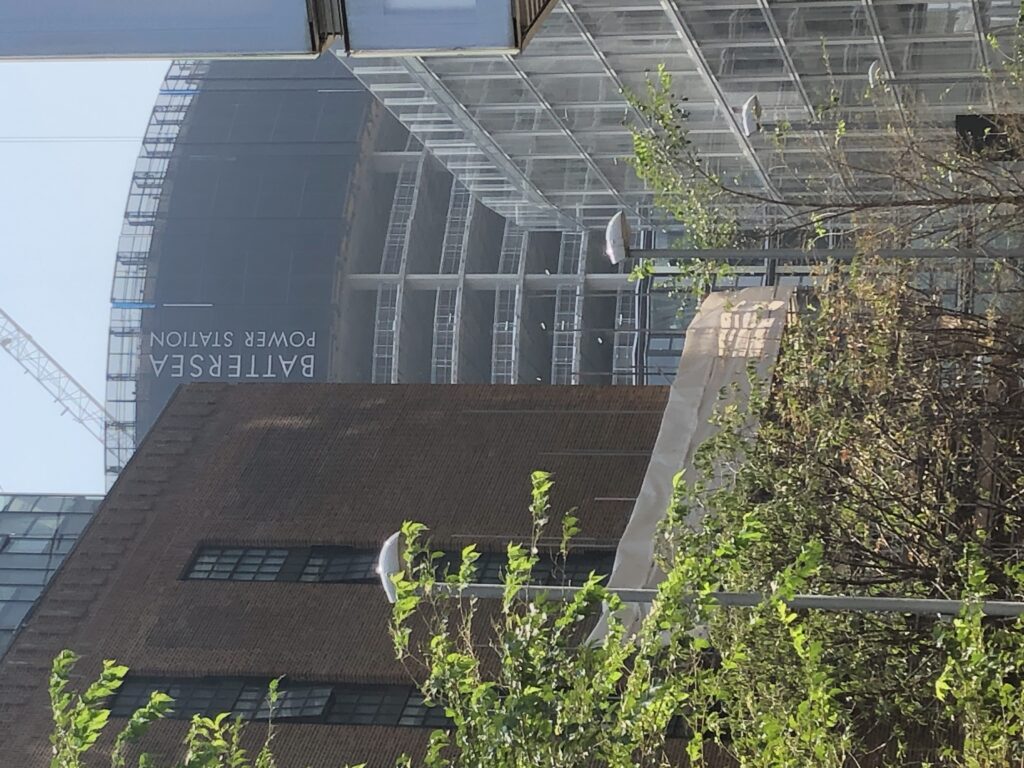 As you can probably tell, the photos here were shot during that glorious summer weather we enjoyed for so long despite the horrors of the coronavirus. They were taken in August, to be precise. On Sunday, the clocks go back. Those heady days of midsummer seem a long time ago. But they’ll be back next year. Let’s hope that Covid-19 will not be part of the package in 2021.