Deserted in the desert

Last year’s Saudi International was preceded by Justin Rose defending his decision to play in Saudi Arabia (that’s Mecca on the home page) while other eminent European players, such as Paul Casey, had declined. The tournament ended with Dustin Johnson being declared the champion and Sergio Garcia being excoriated for deliberately damaging five greens with his putter before being disqualified after the third round. Not quite so bad as Amnesty International’s description of the Saudi government’s human rights record – “heinous” – but golf-wise desperately deplorable.

This year’s first notable voluntary refusenik from the tournament was Rory McIlroy, who was not seduced by the reported offer of a $2.5 million appearance fee to pitch up in Saudi. “You could say that about so many countries,” he said, “that a lot of countries we play in there’s a reason not to go. Yes, 100% there’s a morality to it.” That was his opinion, but Johnson returned to defend his title and two other mega-profile American golfers, Brooks Koepka and Phil Mickelson, were in the field. A more level-headed Garcia was back, too.

It is fair to say that Saudi Arabia did not have the most salubrious reputation even before its government was implicated (emphatically denied) in the murder of the Saudi journalist, Jamal Khashoggi, in its Istanbul embassy in October 2018. Less serious but also sinister are the recent allegations (emphatically denied) that the crown prince arranged the phone-hacking of a mobile belonging to Jeff Bezos, founder of Amazon and reputedly the richest man in the world. 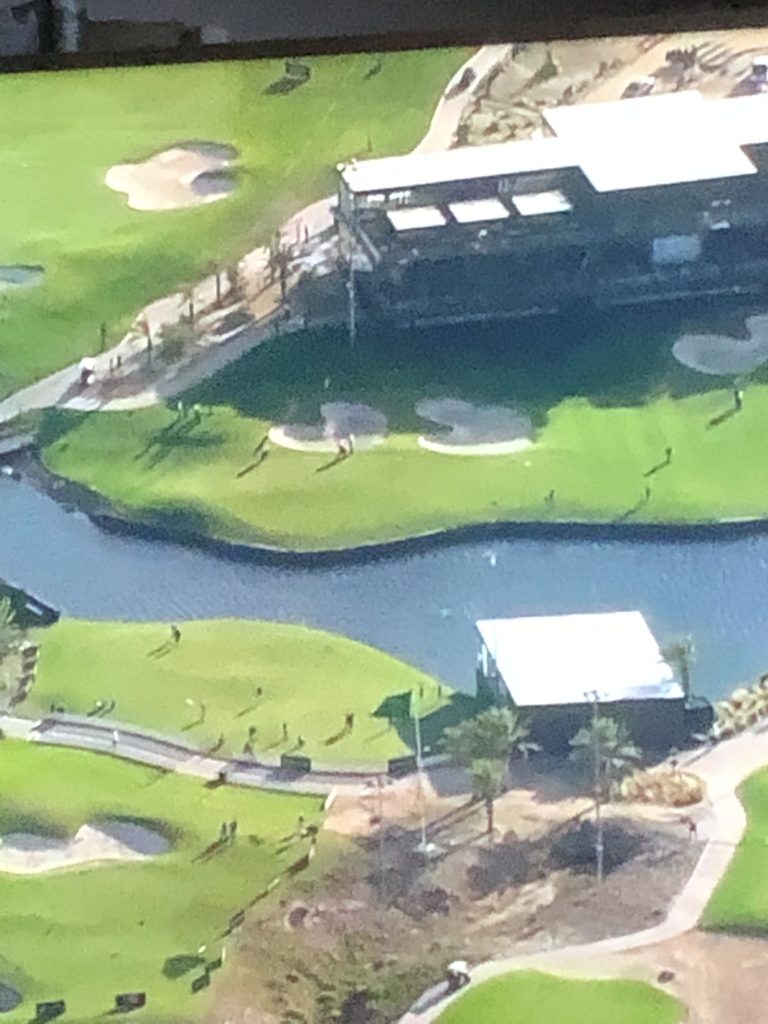 Critics, of which there are many, argue that events such as the just-completed golf tournament are part of a strategy of ‘sports-washing’, by which the country hopes to improve its image abroad. For example, Anthony Joshua won the world heavyweight boxing title in a fight against Andy Ruiz in Riyadh last December. Formula 1 might soon be staging a Grand Prix there – well, of course it would; now the grid girls have gone, what’s to stop them? In football, the Spanish Super Cup semi-finals and final were played there last month and Newcastle United apparently might be acquired by a Saudi sovereign-wealth fund, although that deal may be fundamentally jeopardised by the alleged state-approved stealing of Premier League football coverage, for which Qatar pays a lot of money and which the Saudis are apparently nicking for free. I think Amnesty’s use of the word “hideous” was more to do with state-sanctioned executions rather than state-sponsored television piracy, but there you go.

For what it’s worth, given the comparative space devoted to the previous European Tour events in Abu Dhabi and Dubai, it was noticeable that the British press didn’t send correspondents to cover the Saudi International. Gallery-wise, I’m guessing there may have been more people watching the outcome of the President’s Putter at Rye last month. Nevertheless, you will probably be aware that yesterday the Saudi International was won by Graeme McDowell, who prevailed by two shots from the aforementioned Mr Johnson and thereby won for the first time in over five years on the European Tour.

And this is not the end of it. Next month will see the Ladies European Tour establish the inaugural Saudi Ladies Championship. I’m guessing the courtesy car drivers will mostly be men?