There were any number of potential stories heading into the US Open which concluded at Pebble Beach on Sunday. Could Rory McIlroy, who had won in Canada the previous week with a closing round of 61, win his fifth major championship; his first in nearly five years? Could Brooks Koepka became the first man since 1905 to win a third consecutive US Open? Could Phil Mickelson win the title to complete a personal Grand Slam? Could Tiger Woods, returning to the scene of his most dominating triumph, the 2000 US Open, win his second major of the season and the 16th of his career? The answers were no, no, no and no. If we didn’t know what question to pose, by the time the metaphorical dust had settled (although the fog hadn’t lifted), the answer was Gary Woodland.

Woodland holed a 30-foot birdie putt for a birdie four on the final hole to close out a three-stroke victory over Koepka. His final round of 69 gave him a total of 271, 13 under par. Indeed, all his rounds were in the 60s in a championship in which he had never previously finished better than 23rd. Going into Sunday with the lead, he would have been aware that he had never won on the PGA Tour in the seven times he’d held the 54-hole lead. 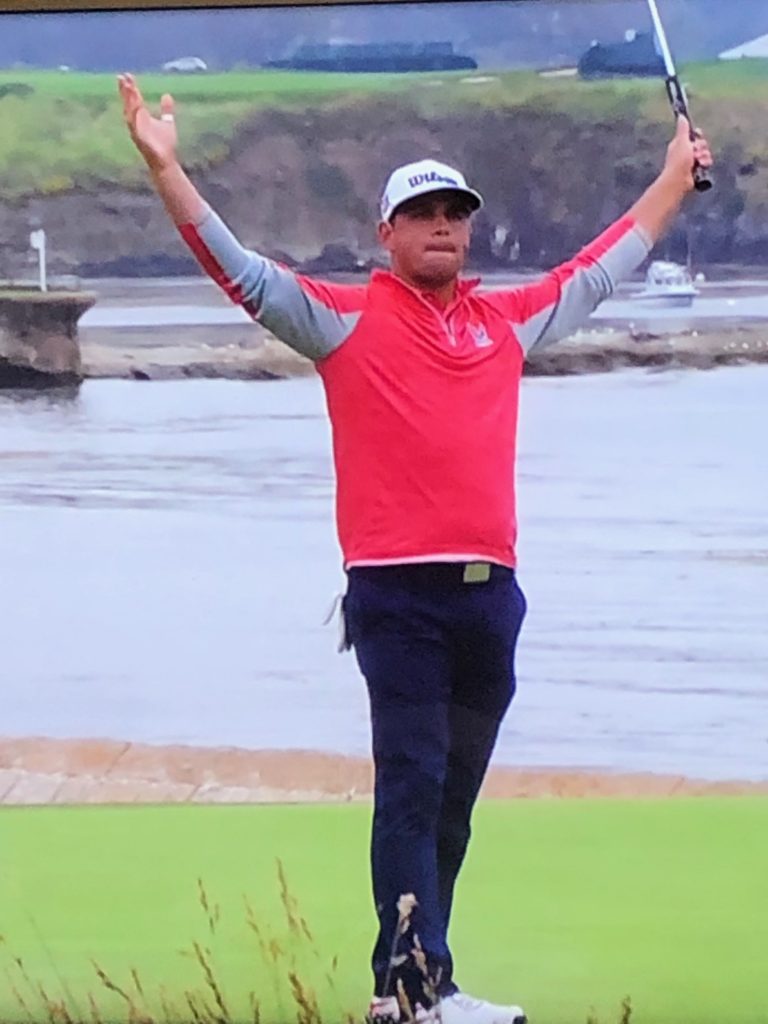 The decisive shot may have been his second to the par-five 14th, where he led by just one shot on a hole where most players were laying up. He didn’t. “We thought about it for a while and said let’s go, we’re out here to win. I played aggressive and it paid off.” His shot just cleared the greenside bunker and a neat chip from the rough set up a birdie that proved to be sufficient to provide the cushion he needed to bring it home.

“Records are there to be broken,” said Woodland of ending his 54-hole failure record in such spectacular fashion. “I didn’t let myself get ahead at all today. I didn’t ever let myself think the tournament was over.” Koepka said: “I played great. Nothing I could do. Gary played a great four days. That’s what you’ve got to do if you want to win a US Open and hats off to him. Cool way to go out on 18, to make that bomb. He deserves it. He’s worked hard and I’m happy for him.”

Woodland’s work with instructor Pete Cowen duly came to fruition. Cowen also coaches Koepka, who didn’t complete his hat-trick but did become the first man to post four rounds in the 70s at the US Open and not win the thing. For the record, Woods (shown over his final putt of the week on the home page), finished 11 shots back, Mickelson 17 away. And Rory? He tied for ninth, on 279, one shot ahead of Norway’s Viktor Hovland, who signed off on his amateur career by finishing low amateur with a total of 280, breaking the amateur record of 282 established by Jack Nicklaus in 1960.

There have now been six US Opens at Pebble Beach. Three of the champions there have been Nicklaus, Woods and Tom Watson. They have 40 major championships between them. The other three have been Tom Kite, Graeme McDowell and Woodland. It was Kite’s only major; it looks likely to be McDowell’s only one, too. Where will Woodland’s career head from here?  Yet more questions!