Last month the Honourable Company of Edinburgh Golfers at Muirfield became the Hopeless Collection of Egregious Geriatrics when, in defiance of the recommendation of the club’s committee, it voted to remain a men-only club. The club emailed a press release on May 19 explaining that “a postal ballot of members, scrutinised by Electoral Reform Services, did not reach the required threshold in favour of change”.

That was at 11.45. By 11.54, the chief executive of the R&A, Martin Slumbers, had responded. “We have consistently said that it is a matter for the Honourable Company to conduct a review of its membership policy and that we would await their decision. The R&A has considered today’s decision [yep, in less than nine minutes – surely the most efficient committee meeting in history!] with respect to the Open Championship. The Open is one of the world’s great sporting events and going forward we will not stage the championship at a venue that does not admit women as members…If the policy at the club should change we would reconsider Muirfield as a venue for the Open in future.”

One can only think that in fact the R&A had two releases lined up, one welcoming the club’s decision if things had gone that way and the other being the one it issued. In all, 616 members voted, 397 (64%) voting for women members. The club was 14 votes short of the two-thirds majority required to change its rules. Writing in the Sunday Times, David Walsh noted that a poll among readers of the Daily Telegraph produced nearly 13,000 votes on the ‘Muirfield Question’, with 57% being in favour of women members and 43% against, thereby suggesting the readership of the Telegraph is more conservative than the membership of Muirfield. Who’d have thunk it? As Marina Hyde pondered in The Guardian, what’s a girl to do to get a game at Muirfield? – “Maybe just sit outside the gates holding a cardboard sign reading: ‘Will f*** for foursomes.”

The best guess would be that in due course the vote will be overturned, even if that has to wait until the average age of the membership gets lower – perhaps on the basis of filling dead-men’s shoes – and thus the core membership against women members is reduced. Economy-wise, it has been estimated that the decision could cost the local area around £10 million, the amount which hosting the Open contributes to the coffers of local businesses. 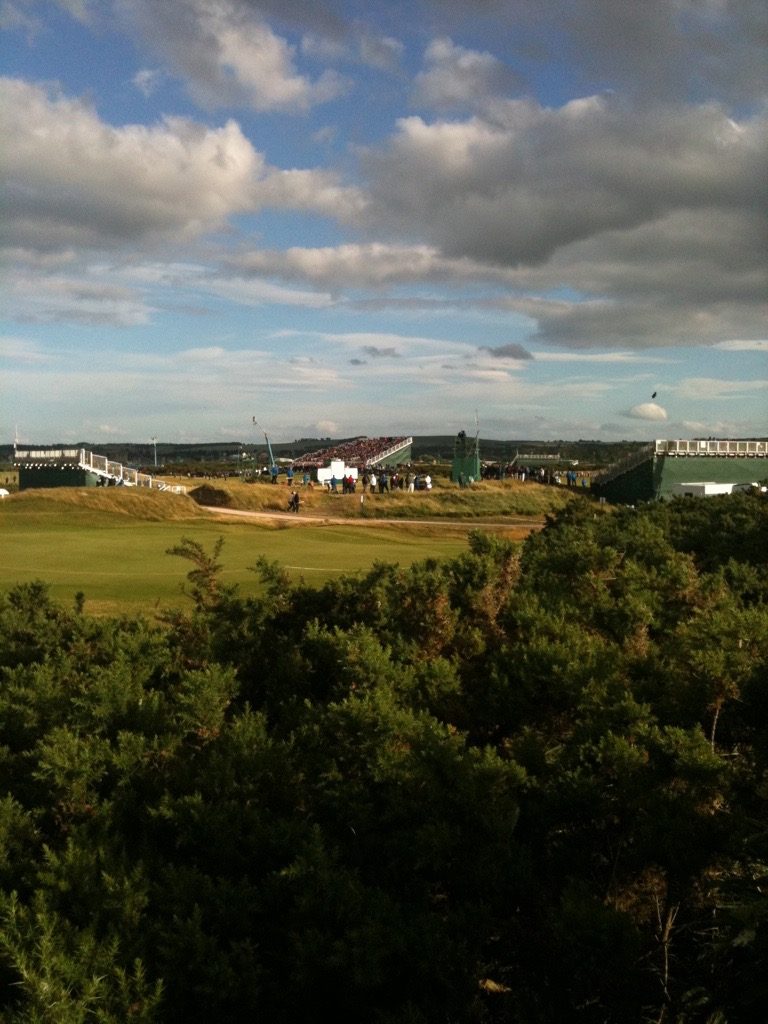 Scenes from the Open Championship, something Muirfield will have to get used to being without

A week later, Slumbers was expanding on his theme to The Times. “Golf should be open to all, regardless of race, religion or gender,” he said. “So many parts of the world are changing and golf is no different. We have to make sure it stays modern and relevant.” He added: “The No. 1 issue for the game is getting more people to play it. The traditional way of participation is one thing but in today’s society it’s very important that the game is modern and fits in with how people live their lives. Some parts of society have five hours to play, others might have 35 minutes. We mustn’t pigeon-hole golfers into saying there is only one way.”

He is surely right about that as well as the fact that golf cannot be taken forward by embracing the backward-looking attitudes of the likes of Muirfield. Golf in a shorter form than 18 holes needs to be opened up. And maybe golf could do more to help itself, not least by stressing what good exercise it is because it doesn’t cause stress to the body. It’s just walking with a few swishes. What better way to help achieve your 10,000 steps a day?