GOLF: The Pine Valley of Provence

Vidauban is a rather unprepossessing village in Provence, about ten miles off the A8 autoroute via the Le Muy/St Tropez exit. But just outside it, on the road to La Garde-Freinet, is a golf course of great beauty and majesty. Just as Pine Valley in America, arguably (certainly I’m won over) the best course in the world, is located close to the undistinguished town of Clementon, New Jersey, so Vidauban provides unexpected splendour amid mundane surroundings. It’s a bit like finding the Taj Mahal beside the Grand Union Canal rather than on the banks of the Yamuna River. (I’m aware there may be an Indian takeaway of that name close to the GUC.)

From the course at Vidauban, the effect is of a 360-degree view of magnificent, unspoilt terrain. There’s a small members’ village just above the 12th fairway but essentially this is a pristine landscape, affording stupendous views of La Plaine des Maures and the accompanying forested mountains which separate it from St Tropez on the coast. Even if you play badly, you’ll walk off the course feeling you’ve had one of the rounds of your life.

A feature in Golf Course Architecture magazine in July 2013 had only five continental courses in the top-100 in Europe, the foremost being Valderrama, venue of the 1997 Ryder Cup, at 45th. If his design in Spain deserves that accolade then the course at Vidauban which Robert Trent Jones effectively designed for himself surely has a strong case to be regarded even more highly. Jones, who died in 2000 aged 94, bought the property in several tranches but while aesthetically it is a gorgeous project, economically it came close to ruining him. The documentation involving the many planning applications and appeals, the legal and financial complications, would make War and Peace seem like a novella. One of his sons, Rees, played the course shortly after his father’s death. (The other son, Bobby, was involved in its creation.) Rees bemoaned all the heartbreak Vidauban had caused but he said: “This golf course was the life project of my father. Now I can see why it meant so much to him.”

The course is classic Trent Jones: every hole is a difficult par but a relatively easy bogey. I won’t give you a hole-by-hole but they are all worth playing. A personal favourite may be the 2nd, a shortish par-four which features jagged rocky outcrops in the distinctive reddish brown stone of the region. And if you miss the fairways, as I am prone to do, there’s always the fragrance of the cypress, lavender, olive, pine, rosemary and thyme (there could be a song in that) to make your excursion into the rough that bit more bearable. 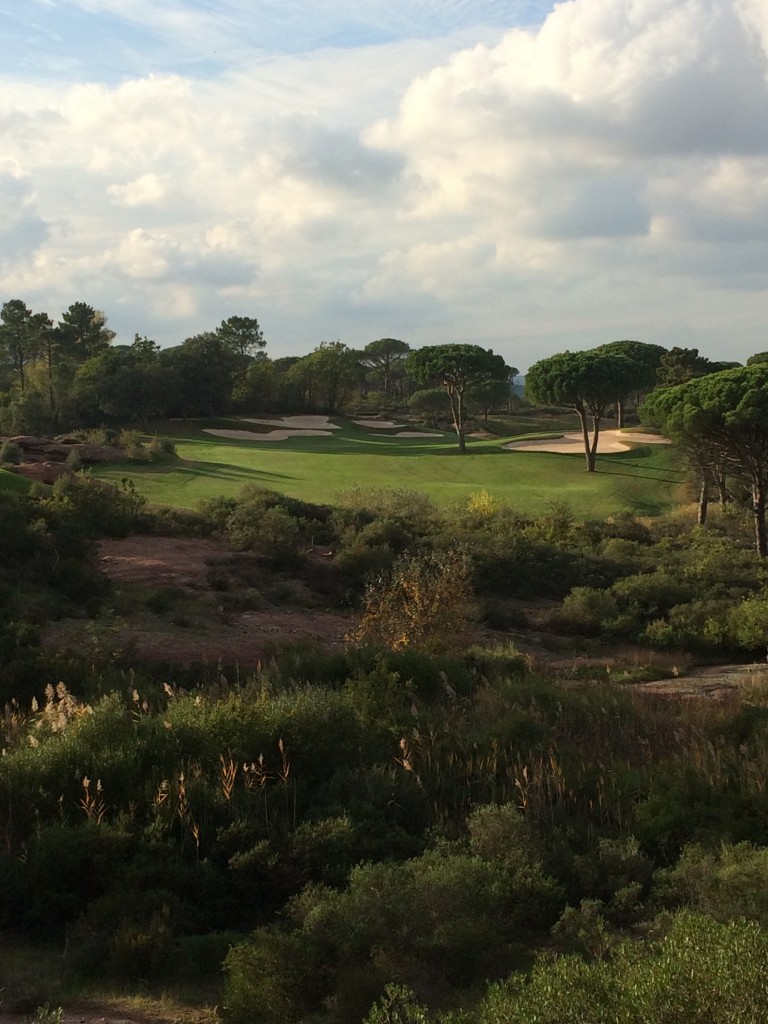 The beautiful 2nd hole at Vidauban: the featured image on the home page is the same view in the snow

Vidauban is not only an exceptional golf course; the club has invested heavily in studying the environment and the place of the golf course in a delicate eco-system. It is, a bit like Pine Valley, a very private place, the course only being open, for now a least, to members and their friends. In my (very humble) opinion, based on what I’ve seen – how could it be otherwise? – France has the best three courses on the continent: Morfontaine, Les Bordes…and Vidauban.

58 thoughts on “GOLF: The Pine Valley of Provence”