As you will probably know, the United States yesterday trounced Europe by 17-11 at Hazeltine to win the Ryder Cup (pictured on the home page) for the first time since 2008. The result was perhaps especially welcome for Davis Love, the United States captain, who in Chicago in 2012 had presided over a team that lost despite having a four-point cushion going into the singles. This time his men did the job for him in emphatic fashion after taking a mere three-point lead into Sunday. Of course, the flip-side went to Daren Clarke, who therefore became the first losing European captain since Nick Faldo.

In his recently published book, The Captain Myth, Richard Gillis writes about the notion of there being The Good Captain and The Bad Captain. Simply, inevitably, this means the winning captain is the good one and the losing captain the bad one. At Medinah four years ago, Love was a genius for the first two days, for example encouraging the terrific play of Phil Mickelson and Keegan Bradley and resting them on Saturday afternoon so they’d be fresh for the singles. This was a smart strategy until both they and his team lost on Sunday. Then he became a moron.

The Brazilian international footballer, Roberto Carlos, once said he’d hate to be a football journalist. (Less well paid for a start!) “They start their analysis with the result and then work backwards,” he said. “As players, we know the truth is the opposite.” How right that is – how many times have you read of a last-gasp goal for one team meaning their manager got his tactics right whereas his rival has got them wrong, when such simplification is manifest nonsense?

Rightly or wrongly, just as the European skipper in Chicago, José Maria Olazábal, was credited with the Miracle of Medinah, Clarke will be blamed for the Massacre in Minnesota. For starters, he didn’t name Russell Knox as one of his three wild cards. Knox would have been a rookie pick, and Clarke had five of those already, but he had a world ranking higher than seven members of the European team and had displayed excellent recent form on the PGA Tour. (Had the US lost, Love would have been hammered for omitting world No. 7 Bubba Watson, but that doesn’t matter anymore.) 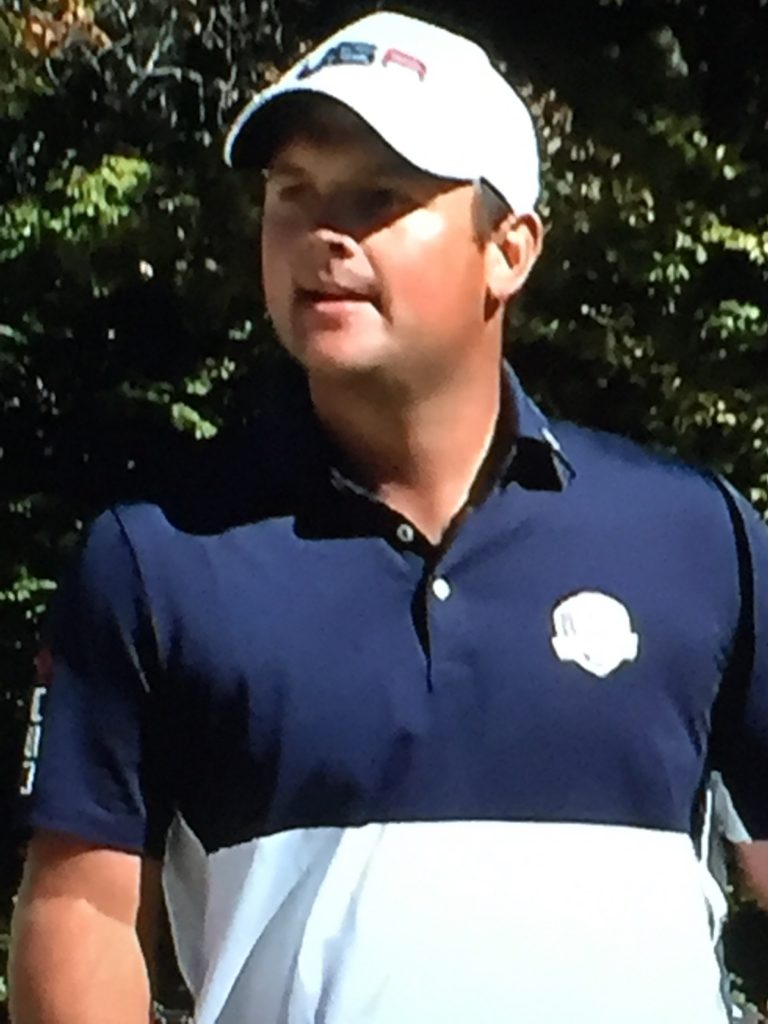 Of course, the main claim for Knox, without the benefit of hindsight, was that he should have been in rather than Thomas Pieters, also a rookie. After the match, he should had been in for either Martin Kaymer or Lee Westwood (OK, all you 20/20 visionaries, and so should Luke Donald!) and Clarke’s immense belief in Pieters, who played wonderfully to be Europe’s top points-winner with four out of five, will likely be overlooked. The Bad Captain is not permitted to receive any compliments.

More meaningfully, though, over Friday afternoon and through Saturday, Clarke did get it wrong regarding his strategy in the wake of Europe losing all four opening foursomes. His fourball and foursome selections meant that going into Sunday, three rookies – Matt Fitzpatrick, Andy Sullivan and Chris Wood – had only played one foursomes match apiece; they hadn’t played only their own ball on the course in competition. It was almost inevitable they would lose their singles. They did. (This was similar, though not quite as stark, as at Brookline in 1999 when three European rookies played the singles without having played at all before. They all lost, too. Clarke was in that European team that blew a 10-6 Saturday-night lead.)

It is surely not only being wise after the event to suggest that those three were more in need of an extra round on the course than were veterans like Westwood and Kaymer, not least because Clarke had justified his decision to blood the rookies in foursomes, rather than fourballs, by banging on about how wonderfully well they had been playing in practice. Instead, the mental message had to be that they couldn’t be relied upon; that he believed in the experience of his wild-card stalwarts rather than younger men who had played their way on to the team. Westwood had a dreadful week and by the time Kaymer belatedly came through in the singles it was beyond even damage-limitation.

There’s more, but some of it is easy to say in the aftermath, not so certain in real time. One critic wrote: “Clarke’s decision to break up the fruitful partnership of Justin Rose and Henrik Stenson so that they could shepherd rookies in the Saturday foursomes was also questionable.” Not really. Fitzpatrick and Wood needed to play some time (not enough, granted) and Rose and Wood won their match. Like I said, though, correct decisions become idiocy when they are made by The Bad Captain.

Clarke probably did go over the top regarding the rant of Danny Willett’s brother in a magazine article about the demeanour and behaviour of what he characterised as the average American golf fan. That story ran for longer than it deserved because of the week-long build-up to a sporting event in which there isn’t any meaningful action until Friday, but Clarke treated the affair with such gravity that one might have thought the remarks had been made by Danny himself. But that’s all in the past now.

One for the future is Pieters. Clarke’s comments beforehand about the 24-year-old Belgian possibly becoming as good as Rory McIlroy do not seem preposterous. Pieters won three matches with McIlroy – whose last-green defeat at the hands of Patrick Reed, the American’s outstanding player of the week, was one of the most dramatic singles matches in Ryder Cup history – and he looked every bit the part. Rory was mostly magnificent, relishing what he described as the “hostile environment” of the week and on Sunday being part of a show that was touched by sportsmanship as well as zealotry.

Afterwards, McIloy said: “To lose is disappointing, obviously. But I think it’s good for golf. It keeps the Ryder Cup interesting going into France in a couple of years time. We’re going to want to get it back on our home turf.” Before then, the Americans can enjoy their most comprehensive win since 1981 and Phil Mickelson, who was in some way an éminence grise here, could reflect on a captain having done a job he approved of. Mickelson halved his singles with Sergio Garcia, a marvellous match in which they shared 19 birdies.

I’ve written all this without mentioning Tiger Woods, one of Love’s assistants. Perhaps next time he’ll be there as a player once more? We’ll see. As regards Thomas Pieters, here’s looking at you, kid. Whatever happens, we’ll always have Paris.