Tiger Woods will turn 44 a week from today (on December 30). As little as 18 months ago the occasion would have been expected to be little more than a nod towards the memory of the achievements of a man who in his prime probably produced the finest golf any player ever has. But then he won the Tour Championship in Atlanta at the end of the 2018 season and this past April he won the Masters for the fifth time; he is no longer the subject of wistful musings about a career of steady, at times sordid, decline but rather he has us wondering what he might do next.

What he did just over  decade ago, on November 27, 2009, was to crash his care into a fire hydrant and thereby initiate the chain of events that led to him being exposed as a serial philanderer, which in turn later led to his divorce from his wife, Elin. At Augusta National in 2010, his first tournament appearance since all hell broke loose, the club chairman, Billy Payne, lectured: “Tiger forgot to remember that with fame and fortune comes responsibility. It is not simply his conduct that is so egregious here; it is that he disappointed all of us and, most importantly, our kids and our grandkids.” Next April, with him returning as defending champion, Woods will likely get warmer words from Fred Ridley, Payne’s successor. 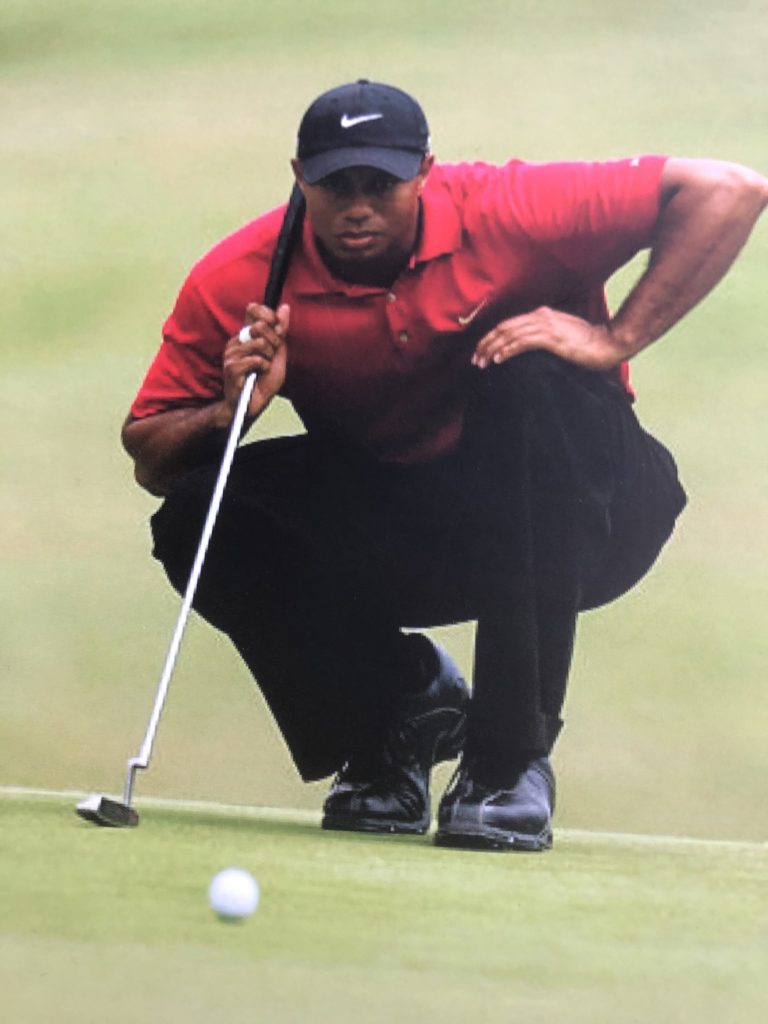 His Sunday best: from the start of his career Woods has always worn red when it comes to the final round

Tiger will be going to the Masters attempting to equal Jack Nicklaus’s record number of six green jackets. Winning three more major championships to tie the Golden Bear’s mark of 18 still looks too much to expect, but when he won that Tour Championship in September of last year, it was his first PGA Tour title for over five years. It had seemed he wouldn’t manage to match Sam Snead’s record of 82 official tournament wins, but that was No. 80, the Masters was No. 81 and No. 82 came last month at the Zozo Championship, the first PGA Tour event to be staged in Japan. It arrived just nine weeks after he had undergone a fifth knee operation. Let us not forget he has also had four back ops, including spinal-fusion surgery. The guy is a mobile operating theatre.

Earlier this month Woods became the first-ever playing captain in the Presidents Cup at Royal Melbourne. He won three points from three as he inspired his team to convert a 10-8 overnight deficit going into the singles into a 16-14 victory. Remember, this is a man who has only been on one winning US Ryder Cup team, at Brookline in the last century. Maybe the latter part of his story will see him take a more decisive role in the team game, perhaps beginning at Whistling Straits in September. That’s something to look forward to, but then so is the fact that – albeit more intermittently than in his glorious heyday – Tiger Woods is very much back on the scene as a competitive presence once more. The game is the better for his return. No doubt he would say the same about himself.